Dead Rising has always brought to mind Microsoft and Xbox. This is no longer the case as the franchise has gone cross-platform. In fact, after the remastered versions published on PlayStation 4 of Dead Rising, Dead Rising 2 and Dead Rising 2: Off the Record, enclosed in a single package, the time has come again for PS4 owners to wear the shoes of Frank West. A year after its release on PC and Xbox One, Dead Rising 4 has also landed on the Sony flagship. There Frank's Big Package it is an edition that in addition to the base game is really overflowing with content. We find both the new Capcom Heroes mode, and the DLC Frank Rising and Super Ultra Dead Rising 4 Minigolf.

From Frank West to Hank East

Frank West, now known as Hank East, is a former reporter who became a photography teacher in a night school. His past haunts him so much that he has a recurring nightmare every night. In the shopping center of Willamette, where it all began, Frank finds himself grappling with the undead. All goes well until poor Frank is attacked by a Zombie version of himself. Waking up with a start, not even time to think locally that a phone call arrives. One of his pupils, Vick Chu, with the excuse of a small game at Minigolf, leads him to the ennnima journalistic investigation. A secret military organization is conducting illegal experiments in Willamette to make the ultimate zombie weapon. 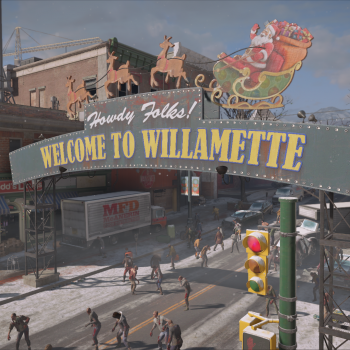 After an introductory part set right inside the secret base where the experiments take place, Frank's real adventure will begin. It wasn't just a dream, the zombie epidemic is spreading inside the Willamette shopping center on the occasion of Black Friday. 4 months after the events that occurred in the prologue, Frank or rather Hank is contacted to collaborate with Colonel Brad Park of the DMZ who wants to "help" him to bring to light the shady plans of the US government and the Pentagon. The narrative plot works, it is all in all enjoyable even if not particularly serious as it is characterized by irreverent gags and jokes a little over the top. We will have to face seven main chapters that lead to an overall duration of the game between 8/10 hours.

An enjoyable but certainly not memorable narrative plot is contrasted by a solid gameplay, albeit not without flaws. Dead Rising 4, abandoned the experiments of the past chapters, in a sort of reboot or rather more of the same is back to its origins. We will have to lead the good Frank among hundreds and hundreds of hordes of zombies, ready to fight us in a less dispersed open-world map than in the past two chapters. We will then be able to explore not only the Willamette shopping center but also its surroundings. In addition to the secondary quests that we will be able to face, between survivors and shelters, scattered around the game map, there are a whole series of optional collectibles and projects to make truly devastating tamarre weapons.


At our disposal we will have a very respectable arsenal, made up of firearm, melee and throwing tools. Thanks to the comfortable d-pad of the Dualshock 4 we will be able to select every weapon and / or medkit in the blink of an eye. Having selected the most suitable weapon for the fight, unfortunately it all boils down to a press of keys to fill the combo bar and perform a finisher as beautiful as it is devastating. The combat system therefore still carries with it the intrinsic defects of the original production. The combat system, precisely because it is based on a simple pressure and combination of keys, sometimes even at random, represents a well-known flaw. From this point of view, therefore, the production, in the event that there is a possible Dead Rising 5 in the pipeline, must necessarily refresh the formula. 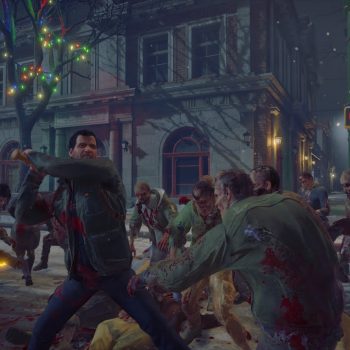 Among the main innovations that were introduced in the fourth chapter published on PC and Xbox One and which we therefore also find on PS4 are the EXO Suits, exoskeletons that guarantee a superhuman strength to the wearer to say the least. Thanks to these suits, we will have a clear advantage over the undead hordes, being able to sprint for hundreds of meters, throw objects at zombies and so on and so forth. Using his camera instead, Frank can not only take classic photos and selfies but also highlight and analyze evidence and bypass electronic devices. Compared to Dead Rising 3, never released on PS4, the use of vehicles has been reduced, present in limited quantities but sufficient for quick movements or to put under some unfortunate zombies.

To accompany us in our raids, there is the inevitable humor much appreciated in the original chapter of the series, with many references to Dead Rising and some events. In general, you have the feeling of being in front of something already seen but at the same time so engaging and fun that you don't even notice it. For those looking for a high level of challenge, unfortunately even the PS4 version of Dead Rising 4 does not present any news on this front. The game in rare situations will engage us, also thanks to an overly simplified automatic saving system, which in the event of the premature death of our protagonist will make us restart from the last save.

On the other hand, the work done on Frank's growth system is good. In our succession of killings and slaughters, we will in fact obtain the XP that we can use to improve the skills of the protagonist in various categories of attributes.

In addition to the aforementioned story mode we have three really significant additions: Capcom Heroes, Frank Rising and Super Ultra Dead Rising 4 Minigolf. The mode Capcom heroes it's nothing short of brilliant. In fact, we will be able to experience the whole story in a different guise. Instead of collecting weapons we will have to collect stars. What are these stars for? Collected in sufficient numbers, they will give us access to a series of costumes, 17 to be exact that we can make good Frank wear. Megaman, Jill Valentine, Chun Li, Bison, Ryu, Dante, Sissel, Cammy and many more. It will be great to see Frank, hurl Hadoken far and wide, or take down zombies with X-Buster's courtesy of Megaman. If the original game experience is already fun and exhilarating on its own, selecting the Capcom Heroes mode will reach levels of epic and nonsense unique. Too bad that the costumes have a limited duration, only 5 minutes after which they vanish.

Frank Rising, represents a sort of continuation of the events narrated. The difficulty is only one, being able to finish the adventure in only 90 minutes. All in all, the experience proposed by the DLC is good, perhaps, with some more adjustments by the development team, more could have been done. The latest addition is the Super Ultra Dead Rising 4 Minigolf. In this mode, Frank will have to try his hand at rather particular minigolf circuits. It almost seems to be in those Japanese Quiz-Shows, full of lights and crazy goals. Armed with a club and a giant golf ball, we'll have to make a hole. If we hit the undead wandering around the stage, they will explode. The mode, which can also be played online, is really fun. The only flaw is represented by the limited number of minigolf tracks present. 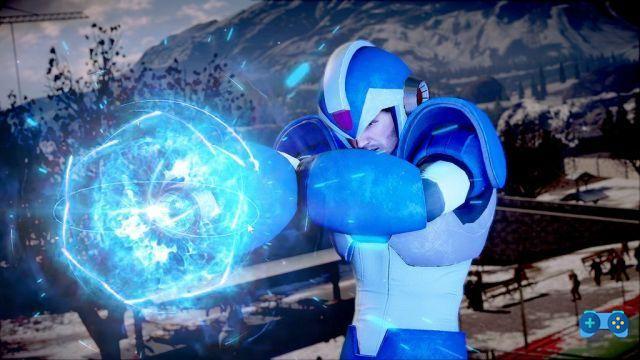 Technically it doesn't change one iota

Dead Rising 4, also in this "Big Package" dedicated to PS4 users, remains a more than valid product. Technically speaking, there are no differences from the PC and Xbox One versions. The number of zombies on the screen remains impressive, while the textures and polygonal models remain less good. Even the camera continues to be too much of a dancer, so much so as to make you dizzy and strangely, the uploads are inexplicably longer than usual. On the other hand, the speech is excellent, the game is entirely dubbed in Spagonolo, and the soundtrack that accompanies us in our massacres of the undead. 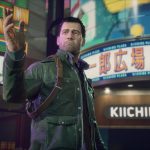 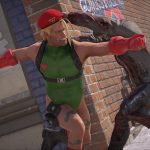 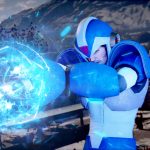 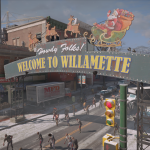 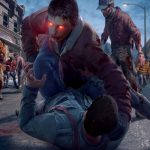 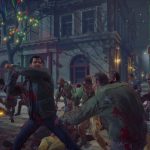 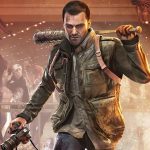 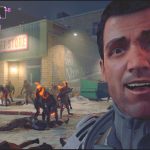 - Capcom Heroes mode is something brilliant

Summary
Dead Rising 4: Frank's Big Package is ultimately a good, enjoyable and fun game in true Dead Rising style. This Big Package includes a lot more content. Surely the Capcom Heroes mode alone is worth the price of the package, around € 50, but also the Frank Rising DLC ​​and the Minigolf mode all in all will give hours of fun and thunderous laughter. If you've never played Dead Rising 4, now is the time to do it. Put on the role of Frank West, arm yourself with a club and off to Willamette to slay zombies.
gameplay
Graphics
Sonoro
Longevity
Final judgement
Do you want to complete all the achievements and trophies and know all the tricks, guides and secrets for your video games? SoulTricks.com is a group of video game fans who want to share the best tricks, secrets, guides and tips. We offer the best content to be a source of useful information, so here you can find guides, tricks, secrets and tips so you can enjoy your games to the fullest. Are you ready to get all the achievements of that game that you resist so much? Enter and enjoy your favorite video game to the fullest!
Little Nightmares 2 review ❯

Toukiden Review: The Age of Demons