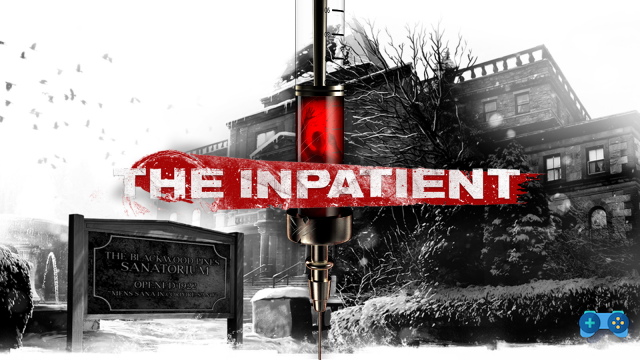 A dark journey inside the Blackwood Sanatorium.

The videogame 2018 seems to be promising really well, with great blockbuster titles that will accompany us throughout the year. Already from the month of January we can realize it, being a month really full of releases; among the highly anticipated Monster Hunter World e Dragon Ball FighterZ we can safely say that there really is something for everyone.

But also lovers of the horror genre (which has come back in vogue in recent years) and in particular the owners of PlayStaion VR they will be happy with the arrival of The Inpatient, exclusive title PlayStation VR made by SuperMassive Games, creators of the acclaimed Until Dawn.

The developers, after having recently developed and “tested” the PlayLink technology with Hidden Agenda they retraced their steps, going to realize their own The Inpatient, new experiment, this time in VR, set in the same universe as Until Dawn, acting as his direct prequel.

As a direct prequel, our advice is to play the reference adventure first, in order to fully enjoy the latest effort. Supermassive Games. Curious to find out if the developers have succeeded in the difficult task of creating a worthy prequel for Until Dawn? find out in our review! 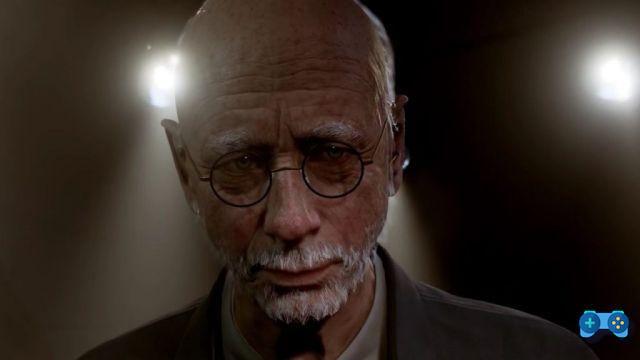 The Inpatient, as already mentioned, it is set in the same universe as Until Dawn, but, at the same time, it will prove to be a completely new adventure compared to the one experienced in the company of Sam, Ashley, Chris and the rest of the unfortunate boys. The title is in fact set in 1952 and will take place inside the Blackwood Sanatorium, structure already known to those who have played the main work (did someone say miners?). The sanatorium was a clinic specializing in the treatment of the most serious mental illnesses headed by Dr. Jefferson Bragg. But things are not always as they seem and, behind a clean and perfect facade, the structure hid inhuman experiments bordering on torture.

Head helmet and pad (or Move) in hand you immediately realize how much The Inpatient share with Until Dawn. Started the adventure we will find ourselves in the shoes of a poor unfortunate, without memory, tied to a chair, in a dark and bare room where we will be able to meet the infamous Dr. Bragg, father of the Blackwood Sanatorium. At this stage the doctor will ask us some questions, to which we will be able to answer differently, depending on the situation.

As it already happened in Until Dawn, some choices will be fundamental to shape, in one way or another, the course of future events. It therefore also returns in The Inpatient the famous butterfly Effect, which will see the player making choices that will heavily change the course of the story. 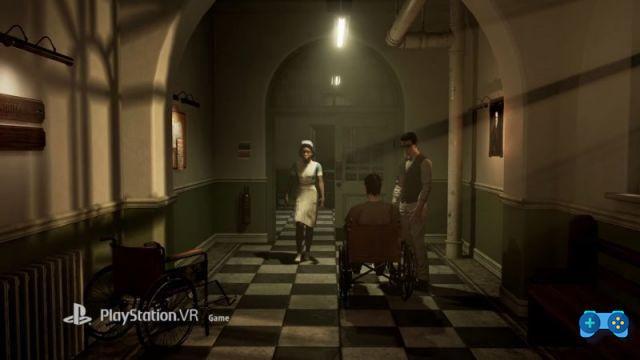 I don't remember anything .. and maybe it's better this way

If on the one hand we have a well-established and consolidated play structure, on the other hand, unfortunately, we are faced with a strongly narrative title but which absolutely does not reach the level and quality seen in the previous one Until Dawn.

Thanks also to its short duration (in fact you will not take more than 2-3 hours to complete the adventure) we will not dwell much on the story told in this prequel, rather what has not convinced us is precisely the way in which it is told.

The plot of The Inpatient in fact it appears immediately unclear, deliberately sketched and certainly not unforgettable. The events surrounding our character evolve in a slow and all too predictable way, quickly causing the player to lose interest. Even the simple dialogues with the various NPCs we encounter will often be flat and inconclusive, unable to give the player that sense of contentment and tension that Until Dawn or also Hidden Agenda they managed to give.

At the end of the day The Inpatient, although nice to look at, it could easily end up in the "walking simulator" category. Little, indeed very little environmental interactivity, which can mainly translate into pushing doors or pressing simple buttons. On the other hand, the possibility of interacting (a few times, mind you) with some objects of the scenario is nice, in order to activate some "memories" that allow you to deepen the background of your alter ego. 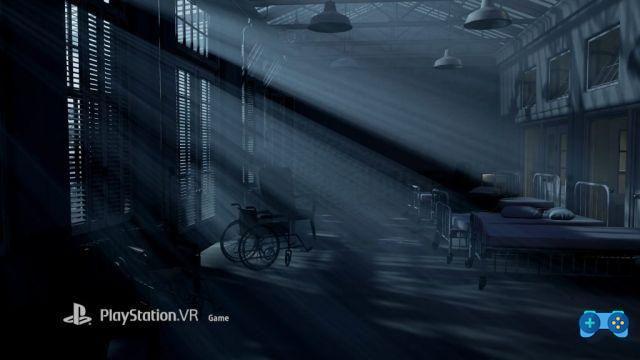 As for the VR factor The guys from Supermassive Games they managed to give the title a good immersion. The control system of The Inpatient leaves the player the possibility to choose between the classic DualSchock 4 controller or the use of the two PlayStation Moves, the latter recommended to make everything even more realistic and immediate.

Although the rhythms of the game proceed slowly, the free movement of the camera could cause obvious problems of motion sickness. Fortunately, from the settings it will be possible, as usual for VR games, to adjust the shift of the view at will.

The final gem is certainly the voice commands, an interesting and perfectly functional addition that allows the player to select one of the various answers in the dialogues with the various NPCs simply by reading it. Definitely found brilliant! 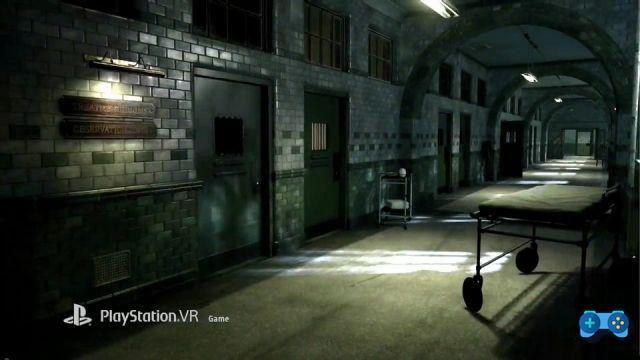 If from the narrative side the game has left us a lot to be desired, the same cannot be said for the technical sector, one of the best currently present for Sony's virtual reality helmet.

Despite the settings of The Inpatient are often dark and gloomy, the overall graphic rendering is really excellent. The creation of the faces in particular seemed to us the best we have ever seen so far PlayStation VR. Despite a top-of-the-line graphics level for Sony VR in the game there is a heavy blur effect that many gamers might find really annoying.

The audio sector of the game is also noteworthy. Excellent above all the ambient noises typical of horror that come to life even more thanks to the three-dimensional effect of the sound. The noises therefore manage to confuse a distressing and truly gruesome atmosphere, all combined with a truly excellent dubbing, also in Spanish.

It is immediately clear how The Inpatient is a half-successful experiment. A notable step up from Until Dawn: Rush of Blood, but significantly lower than the main chapter. The problems are many, perhaps too many for what could (and should) be a flagship title of PlayStation VR. Nothing to say regarding the technical and sound sector (excellent) but unfortunately the title did not meet expectations. The story told in the game appears too short, devoid of bite and certainly not unforgettable. Add the price at which the product is sold (€ 39.99) and the omelette is done. A real opportunity wasted by the developers, but we are sure that they will be able to get back on track immediately, correcting the shot with their next work.