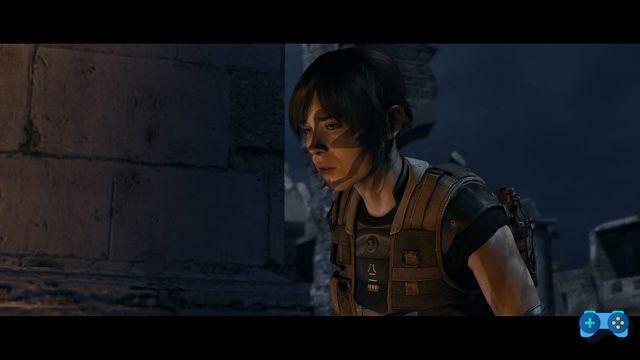 It was the distant 2010 when Heavy Rain landed for the first time on PlayStation 3: the creation of Quantic Dream, directed by David Cage, aroused since its announcement a sense of freshness and novelty in fans and critics, who immediately supported the project which, according to the director's words, would have revolutionized the narrative sector of video games, then effectively succeeding in the enterprise.

After three years, a similar work was then proposed again by the same studio and by the same director: Beyond: Due Anime, which also reached PlayStation 3 in October 2013. Both productions are now revived and available in current-gen sauce on PlayStation 4. We anticipate immediately, however, that the reinterpretations are mostly graphic. Whether you know the titles or not, keep reading our article to find out our opinion on Heavy Rain & Beyond: Two Anime Collection.

We remind you that both titles are available in digital version on the PlayStation Store at the price of € 29,99 each (or € 39,99 for both) and can also be purchased in a single physical packaging at the price of € 39,99.

We have decided to analyze both titles that are part of the collection in a single article precisely because they are two games already known and appreciated and which therefore do not require the same effort, in terms of analysis, compared to the original productions, which we have already carefully described. and judged in our reviews (Heavy Rain - Beyond: Two Souls). However, we decided to refresh your memory and describe both the storyline and gameplay of both titles equally, and then focus on the technical sector which, we remember, is the only real element to have undergone some change during this remaster.

The story behind Heavy Rain is quite mature and tough. In fact, we will live the events of a story concerning a killer of children, theOrigami Killer, in the role of different characters: Ethan Mars, father of the seventh kidnapped child and a person directly involved in the alternation; Scott, private investigator who works on behalf of the families of the victims to solve the case; Norman, FBI agent in charge of investigating the case and finally Madison, journalist interested in the events. Despite the age of production and the sense of déjà-vù that one feels having already experienced the events of the work, the title still maintains a fresh and intriguing not-so-that that makes the narration always exciting and compelling also of the way in which it is played and of the choices that influence in all respects the evolution of the plot.


In Beyond: Two Souls, on the other hand, we will take on the role of Jodie Holmes, a young girl who since she was a child was entrusted by her own family to a research center on the paranormal as she was able to interact with an entity named Aiden. In the course of the narration, we will live the hard and troubled life of Jodie, between loves, disappointments and betrayals, in a comings and goings of past, present and future events that will make our choices more and more difficult.

Both titles, as already mentioned in the opening paragraph, make the narrative sector their point di force, which proves to live up to expectations and well above average on PlayStation 3 (in its day) and, at least until now, on PlayStation 4 as well.

Both Heavy Rain and Beyond: Two Souls are videogame productions intended for entertainment, but unlike the multitude of video games on the market, both titles are played and should be experienced as if they were movies. In addition to the aforementioned narrative sector, in fact, even the gameplay turns out to be different from the production standard of the industry, resulting more calm and thoughtful and poorly seasoned with secondary actions that can be carried out at our discretion.

Except for the freedom of being able to move, in fact, in Heavy Rain and Beyond: Two Souls we will mostly act making choices during the course of history, modifying ed affecting irremediably il way in which the plot is told. In the most excited phases of the game, the Quick Time Events which, in any case, they will never play game over scenes or defeat but which, as for our choices, will serve to provide us with a different aspect of the narrative component.


From this point of view, in reality, the title only offers a series of predetermined routes and well-defined which, while guaranteeing freshness, novelty and amazement in the event that we decide to play both titles again after completing them, will also allow us to realize how much our choices, in reality, have very little influence on the final twist of the plot, showing us that, indeed, our choices do not drastically change the final stages of the game.

Analyzing both titles, we cannot fail to focus on the cooperative component of Beyond: Two Souls, which will allow us to play in the company of a friend impersonating respectively Jodie and Aiden, thus effectively becoming two distinct, separate and totally autonomous entities. Nevertheless, the limits of production are evident and where it would have been pleasant to be able to witness scenarios in which both entities manifested themselves simultaneously, for obvious reasons this is not possible.

Although the graphics sector of both productions was able to fully squeeze the potential offered by PlayStation 3, we can only be amazed, after many years, even by their remasters. The changes in Heavy Rain are more evident than in Beyond: Two Souls, but both titles have undergone the same treatment.
Except for a few retouch, in fact, the polygonal models of the main characters have remained mostly unchanged, leaving room for a more complex and articulated system of lighting and shadows which guarantees a visual impact very different from that of the original productions, also thanks to the use of new technologies offered by the most advanced PlayStation 4 GPU and a stronger anti-aliasing filter able to ensure greater cleanliness of the images. Let's not forget, then, the switch from 720p to 1080p!

To be reviewed, again, performance of the two games that, despite having been ported to a more powerful platform, I am not yet able to guarantee stability at 30 frames per second, highlighting large and obvious drops in frame rates in some specific game situations.

Do you want to complete all the achievements and trophies and know all the tricks, guides and secrets for your video games? SoulTricks.com is a group of video game fans who want to share the best tricks, secrets, guides and tips. We offer the best content to be a source of useful information, so here you can find guides, tricks, secrets and tips so you can enjoy your games to the fullest. Are you ready to get all the achievements of that game that you resist so much? Enter and enjoy your favorite video game to the fullest!
FIFA 21 - FUT Ultimate Team, the strongest strikers in Serie A ❯