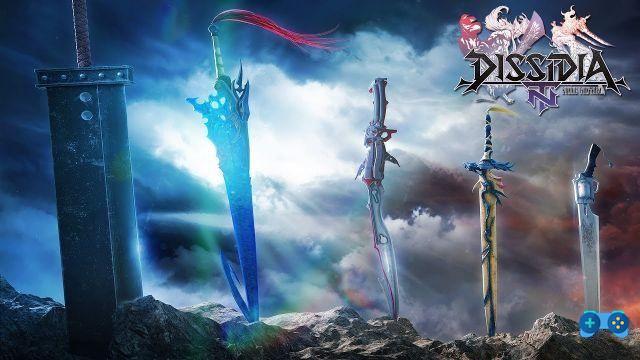 Two and a half years after the Japanese release, Dissidia Final Fantasy NT has finally arrived in the West.

It is not the first time Square Enix try such an experiment. In fact, in the NT Timeline is the third fighting game inspired by the universe created by Hironobu Sakaguchi. The first two, Dissidia Final Fantasy and Dissidia 012 Final Fantasy were released exclusively on PSP in 2008 and 2011 respectively. While representing almost niche games, they managed to sell pretty well enough to bring Square Enix to make Dissidia Final Fantasy NT. Released 2 and a half years ago in Japan, the fighting arcade video game developed by Team Ninja and Koei Tecmo has finally landed on Western PlayStation 4 consoles as well.


The wait was really long and in our review you will find out if Dissidia Final Fantasy NT actually met the expectations of the fans or not!

The evolution of team fighting games

Dissidia Final Fantasy NT it's certainly not meant to be a narratively memorable gameindeed, quite the opposite. He is a Brawler - Beat 'em up like so many have seen in the past that however, it strengthens the history of an important brand like Final Fantasy and gameplay mechanics that try in every way to be original and innovative. The plot, basically the outline, sees the heroes of the various Final Fantasy reunited to respond to the appeal of Subject, the good goddess as opposed to Spiritus, the evil god, who wants to subjugate the universe of Final Fantasy with the help of the most famous antagonists of the series. At the center of it all we find the protagonist of Final 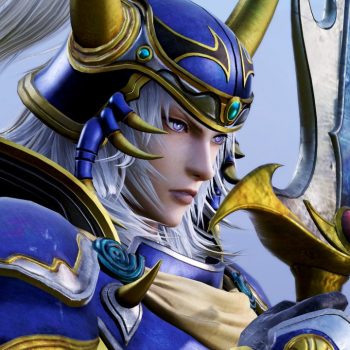 Fantasy XV, Noctis, who is forced to submit to the decisions of Materia and therefore have to face the battlefield.

Our darlings have no choice, if they want to go home, they have to fight. To do this they will be divided into five groups distinguished in a truly challenging journey during which they will have to face their archenemies. The story is told to us through videos and fights (the latter a bit 'to tell the truth) and is divided into fifty narrative junctions. In order to progress it will be necessary to raise the Memoriae which will be progressively unlocked by participating in online battles. Here we understand why NT is a game that winks at eSports. The offline component unlike the two previous chapters of the series is relegated to the background. A sort of large arena in which you can become familiar with the control system. But paradoxically, this great arena cannot be considered a real training ground in which to engage in battles when it suits us most, absolutely not. It is not possible to deal exclusively with the campaign mode, as this goes hand in hand with the online one, because without the Memoriae, no masses are sung and you will not be able to continue in the story and discover the narrative developments. 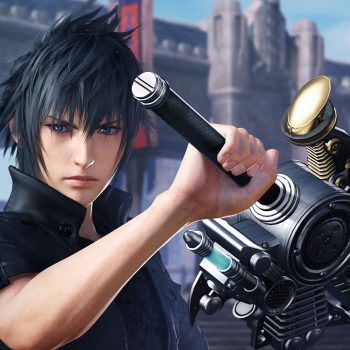 However, facing the challenges proposed by the campaign mode does something. In fact, in addition to being able to progress in level, they will allow us to obtain the Guardian Force or the invocations based on the Junction system of Final Fantasy. In order to summon the Guardian Forces it will be necessary to collect the energy of the energy crystals scattered around the arena, which will appear at regular intervals. Once collected, the energy will fill a special bar and will allow us to summon the Guardian Force on the pitch. Those available are: Leviathan, Bahamuth, Odin, Alexander, Ifrit and Shiva Overall, the Story Mode does not seem able to involve the player by itself and is far from the good levels reached by the first two Dissidia published on PSP . The impression is that it was placed there only to please the historical Final Fantasy fans and give the opportunity to try the various playable characters present and their different move set. 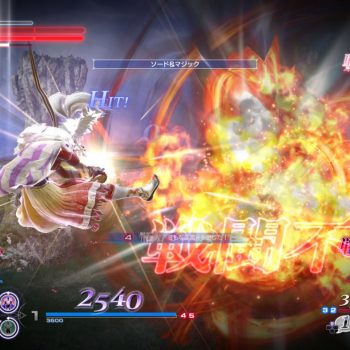 As already mentioned Dissidia Final Fantasy NT has a structure strongly oriented towards online multiplayer. At the heart of it all is the new combat system - Dramatic Progressive Action - certainly the most successful component of the production. At first glance it will not be easy to govern the control system but clash after clash all the mechanics present will be clearer and easier to implement. In order to better manage attacks, it is essential to learn how and when to use the attacks themselves. In fact, each character can make use of two types of attack, a first type, characterized by various variants, which allows you to reduce or even reset the Boldness of the enemies and a second type that empties the HP bar of the unfortunate by acting directly on the his life points.


Not being able to always use the same attack, it will be necessary to find the right combination of the two attacks mentioned which will make the opponent weaker and more subject to our blows. Therefore it is essential to balance them as best as possible in such a way as to be able to obtain as much Audacity as possible, which in turn will allow us to maximize the damage caused by the HP attacks inflicted. In addition to the two “standard” attacks, each character has 3 EX techniques at their disposal. Two of these attacks can be freely set in the appropriate screen before the battle, the third instead is unique and personal for each individual fighter, for example Noctis uses Projection and Vaan Red Spiral. To make the character used more and more powerful it is essential to resort to Grinding, almost exasperated it must be said, that is to play and replay certain Quests to improve the player's skills and get new bonuses and rewards.

On the online battlefield you will always go down in 3, so the battles will be a 3VS3 and you can face the Ranked Battles in order to KO our opponents 3 times or the Core Hunt which involves the destruction of the opposing Crystal in a period of time established. The Roster is made up of 28 characters divided into four classes: Stormtroopers, such as Cloud, who have excellent defense and attacks with a wider range of action, the Shooters, such as Tera, who specialize in ranged attacks (mostly magical) but rather weak in close combat, the Specialists, such as Vaan or Ramza characterized by unique fighting styles but rather complicated to govern and finally the Sprinters, who as the name implies are strongly oriented to lightning and fleeting attacks at the expense of defense. 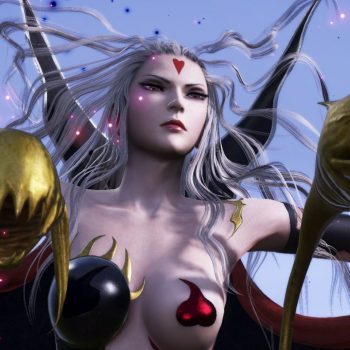 Technically speaking, unfortunately, we note that the game is a derivation of the games room version. The scenic impact is there but it is far from the productions we are currently used to. The game action, speaking of a fighting game that disproves every law of physics, runs smoothly and smoothly at 60 fps. Excellent background soundtrack with songs taken directly from the most famous chapters of Final Fantasy and speech (there are subtitles in spagonolo). Moving on to the painful notes, the production is not free from obvious defects. In particular, the camera is rather ballerina and slow in framing changes, on the screen there is a considerable amount of information and although there is a mini map, this does not appear to be readable as it should. The three aforementioned defects clearly affect the gaming experience, in fact it will not be uncommon to receive blows from behind or to the side and end up KO in an almost unexpected way. As for matchmaking, we sincerely hope that an upcoming patch will improve the situation. At level 1 we happened to encounter players at level 35 and it was more than frustrating to face players with already well established skills. The netcode should also be reviewed, characterized by many lags that make it really unstable. Finally, the absence of the 1VS1 present in the other Dissidia chapters is inexplicable.

Dissidia Final Fantasy NT net of some shortcomings and too many defects, it is a fun, frenetic and rather chaotic title. A meager and outline Story Mode is contrasted by a good, albeit limited in the modalities, multiplayer sector that provides really lit 3VS3 clashes and with an always uncertain ending. The potential is all there, also considering the already announced post-launch support. Our advice, however, is to buy Dissidia Final Fantasy NT if you are a diehard Final Fantasy fan or simply if you love eSports now so popular in recent years, a category in which we are sure NT will certainly be able to have a great success. If we have convinced you, you can book the Amazon exclusive limited, at a price identical to the standard version, by clicking on this link

- Camera to make your head spin

Summary
Dissidia Final Fantasy NT, net of some shortcomings and too many defects, is a fun, frenetic and rather chaotic title. A meager and outline Story Mode is contrasted by a good, albeit limited in the modalities, multiplayer sector that provides really lit 3VS3 clashes and with an always uncertain ending. The potential is all there, also considering the already announced post-launch support. Our advice, however, is to buy Dissidia Final Fantasy NT if you are a huge fan of Final Fantasy or simply if you love eSports now so much in vogue in recent years, a category in which we are sure NT will certainly be able to have a great success.
gameplay
Graphics
Sonoro
Longevity
Final judgement
Do you want to complete all the achievements and trophies and know all the tricks, guides and secrets for your video games? SoulTricks.com is a group of video game fans who want to share the best tricks, secrets, guides and tips. We offer the best content to be a source of useful information, so here you can find guides, tricks, secrets and tips so you can enjoy your games to the fullest. Are you ready to get all the achievements of that game that you resist so much? Enter and enjoy your favorite video game to the fullest!
The Elder Scrolls Online: Tamriel Unlimited, "Thieves Guild" DLC Available ❯