On September 26, 2014, developer The Astronauts launches The Vanishing of Ethan Carter, a title that immediately conquered the public, distinguishing itself from the usual horror adventures. The game has acquired more and more notoriety and now, almost a year later, it has also arrived on PlayStation 4, where it boasts the use of theU instead of the previous graphics engine, present instead in the PC version. Although the substantial difference is this, we still propose the review in depth as it is a particular title of its kind that leads players to have to make the best use of the intellect to continue and grasp the story.

Paul Prosperous, supernatural affairs investigator who enjoys great notoriety, received a letter from a little boy named Ethan carter which requires his presence in Red Creek Valley, a small town in Pennsylvania. Upon his arrival, Paul discovers that the village has been abandoned for several years, but behind the apparent immobility of the deserted town there are crimes and strange events related to the boy's family. The mystery thickens more and more and all that remains is to try to reconstruct what happened to discover the dark secrets of that place.


The absolutely non-linear story, but rather twisted and with deliberately vague and rarefied outlines, seems to respect the claim of the game "This is a narrative gaming experience that does not lead you by the hand"; contributing to the initial discomfort, the one in which investigator Prospero probably found himself arriving for the first time in the town, is the absence of any additional information or explanation to the few clues in our possession, not even as regards the commands. It will therefore be our task to understand the facts, scrupulously analyzing the game world and making use of all our investigative and… paranormal skills. From here also follows the longevity of the title, which normally stands at 5-6 hours of play but which can increase if particular difficulties are encountered or if you focus on the surrounding landscape. The replayability, in any case, is very low unless you have artistic skills and want to dedicate yourself to the creation of paintings taken from the game's setting, beautifully painted in the melancholy shades of autumn.

The Vanishing of Ethan Carter is an investigative title. L'inspection of the surrounding environment it will allow us to find clues capable of understanding the events that have occurred, but the simple discovery of them will not help us in any way: it will be up to our logic skills to solve puzzles or trace the connection between what we will find in Red Creek Valley. The game offers a great freedom of movement and exploration in the vast area that is proposed to us but sometimes, especially at the beginning, the search for well-hidden clues or the solving of puzzles it could be very frustrating and boring especially for the less patient. Furthermore, the vastness of the place where we will find ourselves could be quite dispersive if you do not have a strong sense of direction, but nothing that spoils the gaming experience since it will be enough to study some reference points to know where you are.


The title in the face of a gameplay that does not suggest anything, which does not bend to the needs of a market increasingly oriented to "assisted play", if we can thus define the tendency to explain step by step what to do, how to proceed, in what direction go, offers a plot that, instead, as in the best American TV series (True Detective above all ed.), arouses the curiosity and interest of the players, step by step at first offering an enveloped and "raw" narrative, slowly however opening up with discretion and generating that irrepressible desire to understand what actually lies behind the disappearance of the members of Ethan's family and the abandonment of the town. And this is where the will of engage psychologically in the resolution of the mysteries that we will encounter, all essential to get to the end of the game and shed light on what happened. Reading every single document available, therefore, also has a certain importance because it is the only help we will have in-game, as long as it is understood in the right way. The supernatural powers of our protagonist (not at the levels of Superman and company, mind you) will also help to offer that pleasant diversion capable of generating amazement and keeping the attention towards the events narrated high.

The charm of autumn

As mentioned at the beginning of the review, the return of The Vanishing of Ethan Carter on PlayStation 4 sees the adoption of Unreal Engine 4 compared to the PC version developed with UE3. Il graphic sector it is well cared for and full of details especially as regards the vegetation and faithfully reproduces the colors of autumn giving unique sensations also due to truly suggestive landscapes. The game unfortunately suffers from some frame rate drops also quite evident in rare cases, but which fortunately do not undermine the overall gaming experience and can overshadow the beauty of certain views. The whole is then accompanied by a audio compartment excellent, with the sweet sound of the autumn breeze supported by a harmonic and relaxing soundtrack which, at the same time, sets up the right atmosphere of mystery.


Most likely, the setting is one of the most appreciable elements and plays a decisive role in the rendering of the game, creating a perfect framework between the gameplay and the twilight atmosphere. 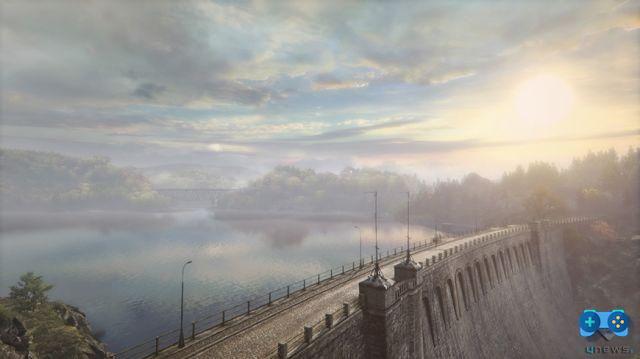 There is a bit of Joker in each of us: how to "copy" the outfit? ❯

add a comment of The Vanishing of Ethan Carter review