The Grand Tour Game - our review 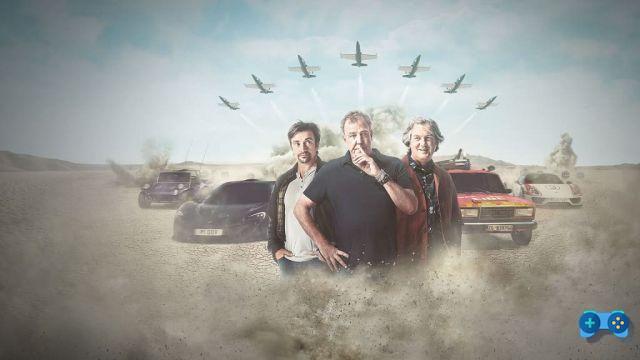 All motoring enthusiasts have dreamed at least once of facing epic challenges with these three British journalists.

Jeremy Clarkson, Richard Hammond and James May became known to the general public with the Top Gear broadcast, abandoned in 2015 after years of honorable service. But keeping these three crackling journalists away from the asphalt and the roar of the engines is not so easy, for this reason the series The Grand Tour, exclusive to Amazon Prime Video, was born.

What's this? This is a motoring program of another level, bringing spectators to live epic challenges and truly unlikely tests, all accompanied by a perfectly “British” style humor.

All very nice, but now let's move on to the game.

The idea that revolves around the game is to mix the cinematics of the series with game sections. The idea might sound interesting, but once you have the Joypad in hand, will the feeling be the same? 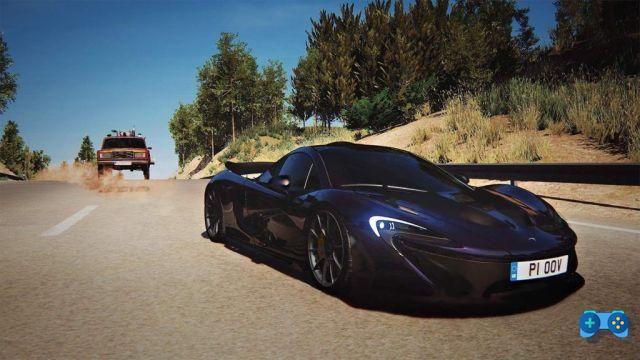 As previously mentioned The Grand Tour Game offers an episodic structure, initially placing us in front of the "difficult" choice between the first episode of Season 1, Season 2 or the recent Season 3.


If you are following the series, you will know full well that Season 3 is not yet complete, but rest assured that as each episode is added, the game will be updated automatically.

The Grand Tour Game is a particularly fragmentary title, as alternating long filmed portions with small sections of the game excessively detaches what could be the reason that keeps you glued to the screen.

It is true that if you want to "just play" you have the opportunity to skip it all and take action, but this choice takes away a good part of the fun provided by the adventures of the three British journalists.

The game offers five different types of challenges, from speed racing (a must in a car title) to drifting challenges. One of the most particular competitions is that of "Races emotion" or "Races without scream", the first type asks us to press the tablet to the maximum and fill in an indicator that represents the enthusiasm, the more times you fill the indicator, the greater the chance to get a gold medal. The second type of races is just as strange, it asks us not to make our dear Richard “Hamster” Hammond scream, making a guide as clean as possible.

The races that have given me the most satisfaction are those that involved the use of power-ups (in the style of Mario Kart). Once on the track you can disturb your opponents with "SMS" or release of colored smoke, if instead you have lost ground, there is the possibility of a speed boost (NOS type).


At the end of each competition, based on your results you will get a gold, silver or bronze medal. 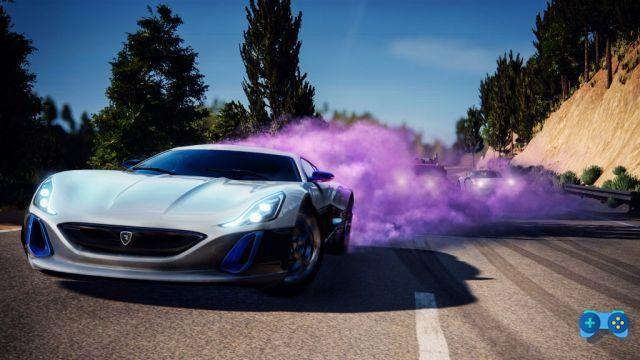 There is a small problem… the guidance system

I never thought I'd say that, but the most critical aspect of Th Grand Tour Game is the guidance system. It is also true that the game has a strongly casual imprint, but once you have the pad in your hand you will understand that the experience offered is approximate and far from what the latest racing games have accustomed us to. Do you think that the idea of ​​trajectory and braking is often invalidated by the fact that a well-placed collision against the guardrail is better than any attempt to make a clean drive.

Not to mention the physics of automobiles, which is almost non-existent. The undersigned loves to clash when playing a racing game, for two simple reasons, the first, allows me to understand if the developers have done a good job or not. The second reason is for fun, since there are no insurance and various damages involved.

The collisions themselves are of little consequence, seeming too artificial and far from what we are used to.

Multiplayer what a passion

I liked the fact that The Grand Tour Game has a local multiplayer mode, which a lot of video games seem to have abandoned in recent times.

You can face two modes, the first is the Duel, where you can face your opponents on one of the various tracks unlocked. The second mode is the Grand Prix, in this case you can have fun facing a series of races always taken from the single player episodes previously faced.

Amazon Games deserves an honorable mention for making the title usable in a group, despite the technical shortcomings and annoying drops in frame rates that afflict the title. 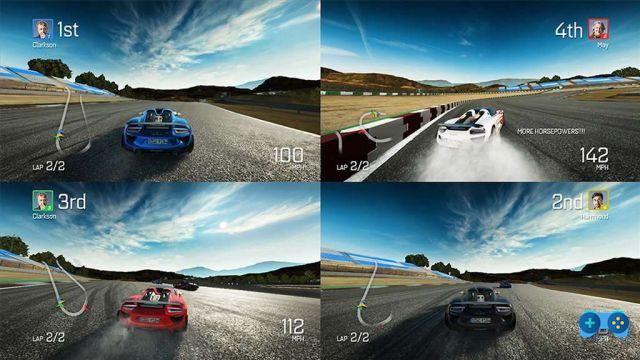 Even the movies have their small problems, the qualitative aspect is not touched, as it is the same that you see or have seen on your tablets or on your television screens.

The problem arises on some particular occasions, the first can be noticed when in the Third Season Jeremy Clarkson goes to London to test the McLaren Senna. What's wrong? Nothing, apart from the fact that the scene was completely cut out as it lacked the tools to make it.

This footage was replaced with Richard Hammond's McLaren 720S test.

Another problem that may not bother everyone is the fact that after the winning driving tests, we often find ourselves watching videos that deny this effort, it would have been better to shoot scenes with the protagonists, but for a game with such a low cost, maybe I'm asking a little too much.

The Grand Tour Game
5.8 / 10 Soultricks.com
Purchasable digitally on PS4, XBOX One
For

- Variety of races, although some are of dubious taste

- Driving model not suitable for generation

- Lack of continuity between game and movies

Summary
The Grand Tour Game is a title that can be played, which does not compare itself in any way with the other great titles of the racing game panorama. The strong point of the series in addition to the multiplayer and the variety of races is the presence of the trio of British journalists which makes it all pleasantly comical.
gameplay
Graphics
Sonoro
Longevity
Final judgement
Do you want to complete all the achievements and trophies and know all the tricks, guides and secrets for your video games? SoulTricks.com is a group of video game fans who want to share the best tricks, secrets, guides and tips. We offer the best content to be a source of useful information, so here you can find guides, tricks, secrets and tips so you can enjoy your games to the fullest. Are you ready to get all the achievements of that game that you resist so much? Enter and enjoy your favorite video game to the fullest!
Buying a new pc: a mini-guide for those looking for a new computer ❯

Add a comment from The Grand Tour Game - our review