The Dark Pictures - Man of Medan, the review 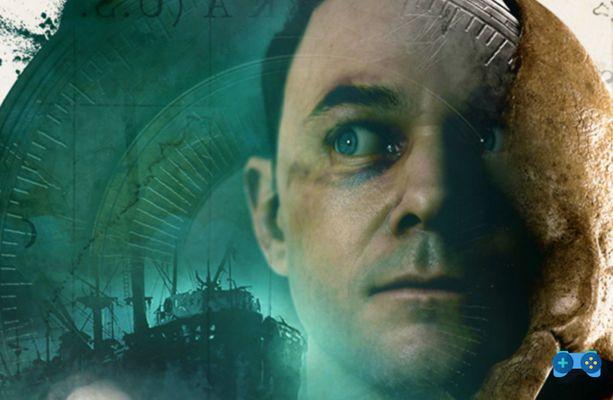 From the authors of Until Dawn!

When starting Man of Medan, the first in the horror anthology of Supermassive Games, The Dark Pictures, to catch our attention there is an option in the main menu: "Don't play alone". What does that mean? The developers knew exactly how the players had approached the previous title Until Dawn, passing the controller with friends in a dark room, screaming and laughing at the jump scared in a kind of great videogame B-movie. Man of Medan, maintains the characteristics of shareability, but does so in an ad hoc manner. In several respects it is certainly better done than Until Dawn and presents more “scary” situations but unfortunately something in the game did not work as it should.

From a significantly less impactful narrative plot than that of Until Dawn, which has resulted in Man of Medan being a kind of spiritual successor taking one step forward and two steps back compared to the previous qualification. Furthermore, the many technical problems, which we also encountered during our test in Cologne, we were hoping they would be solved by the huge corrective patch released with the game's launch. In the end, this was not the case and these problems became debilitating to say the least, making it at least partially frustrating to play Man of Medan. For a game that enhances replayability with multiple choices and consequences, the gaps in technical terms (and the woodiness of the characters) certainly don't entice the player to pick up the pad and start playing again. 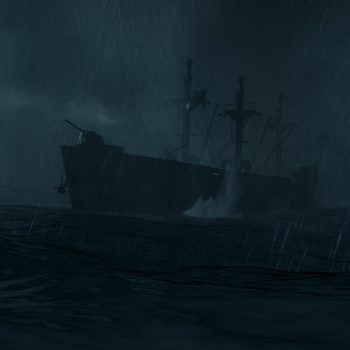 From the cabin in the woods to a ghost ship

While Until Dawn represented the sub-genre of horror that we could consider as “cabin in the woods", Man of Medan is instead placed in a different genre, as at the base of the entire narrative structure, we have a great"ghost ship". The plot involves some young people taking a boat for an exploratory dive when their misadventures lead them to a mysterious and rather creepy ship.. Like Until Dawn, Man of Medan completely embraces the horror series B, with an emphasis on characters' personalities and archetypes.

There is the sympathetic Alex, her nerdy and socially awkward younger brother Brad, the adventurous Julia, and Julia's rather arrogant brother, Conrad, played by Shawn Ashmore, the most recognizable actor of the group. He joins them Fliss, the somewhat mysterious captain they hired for their exploratory expedition. These are characters that we have already seen in films belonging to the genre and as in the films, most of their behaviors will probably irritate you as never before. In addition, we find the figure of the Curator (Pip Torrens), who plays the role of narrator and intervenes by commenting on the progress of the game and offering some advice on what would be the right move to make.

All voice and motion capture performances they are certainly passable and ultimately convince quite well. Between cheap jump scared and some hilarious line of dialogue mixed with character reactions, sometimes, rather than get scared, we'll have a big laugh, even if none of it was meant to be funny. We wonder if the B movie feature is sustainable in future productions. Nowadays the user, more engaging and intelligent horror research (Jordan Peele or Ari Aster teach)). With cinematic camera angles and a persistent widescreen letterbox, Instead, Man of Medan looks like one of those movies that are distributed straight to DVD. 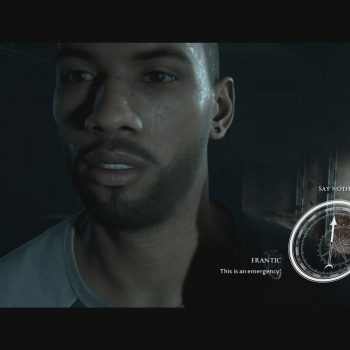 The game mechanics are almost identical to those of Until Dawn although they change in terms of name and aesthetics. Everything is based on the dialogues and each decision / choice could have important and diametrically opposite consequences compared to others. Each conversation gives access to two different alternatives, a third option is to remain silent. By accessing the game menu you can keep track of the relationship between the characters, which will be modified according to the decisions made. Through the "moral compass“, The most relevant decisions and the changing relationships between the five main cast members (represented by a bar in the menu) will be highlighted. Images instead of totems will give players hints and premonitions for the future. Through these clues it will be possible to receive suggestions which, if understood, will allow us to better evaluate the choice to be made. The exploration of the environments gives that feeling of point and click, which allows players to interact with objects and search for clues in between jump scared.

The gameplay is also absolutely similar to Until Dawn, although it doesn't turn out to be that complex, having fewer characters and factors to play with.; this does not mean that it is less fun; be a shorter game (total duration about five hours) could, in fact, make Man of Medan even more replayable, as long as you know that characters move slower. The stiff movements are vaguely reminiscent of the latest Rockstar games. Even something as simple as selecting an object or maybe something we need to find is sometimes a hassle when we can't even get the character to exactly where they should be, and this assumes we know where to go, given the static and limited camera in. “cinematic” style.


The static and slowness of the characters are contrasted by faster and more frenetic situations. THE Quick-Time Event are back and require you to press a series of buttons at the right time and instead of Until Dawn's "don't move" system A “Keep Calm” rhythmic mini-game has been included designed to emulate heartbeats; We assume that the change is due to the transition from PlayStation 4 exclusivity with Sony to a cross-platform version.

Credit must be given to the developer that the two different modes of cooperation appear to have been well conceptualized and generally well implemented. Sure it would have been better to make the game more intuitive, letting the audience vote on decisions or something, but Supermassive instead provided two highly interactive ways to play with our friends "Cinema evening"And"Shared History". The "Evening at the Cinema" mode allows two and up to a maximum of five players to select the characters they will take control of. This is a sort of evolution of what we saw in Until Dawn and that we mentioned at the beginning of the review, that is, passing the controller between friends, as on the screen we will have convenient instructions that tell players to do so. 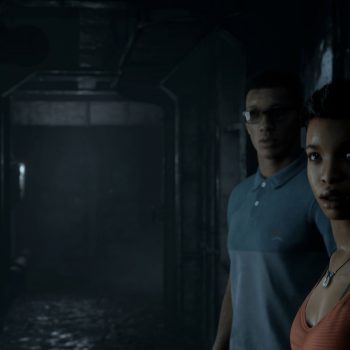 But it is the “Shared Story” mode, for two players that opens up many interesting avenues and is something we found particularly fascinating. Instead of taking turns, the two players play simultaneously as two distinct characters. Their decisions influence each other and, with the group usually divided, they will see totally different points of view in whatever situation they find themselves. And with the supernatural nature of the plot, sometimes the characters will find themselves sharing the same space but seeing totally different things., which makes sense and adds that extra touch to the storyline. It will take less time to complete the game in Shared Story, but with new perspectives and some interesting secrets to surface.

Save the sinking ship

The experience would certainly have been more enjoyable if the game had technically worked better. Whether it was single-player, Movie Night or Shared History (Xbox One S trial version). The graphics engine is theU. The faces of the characters are finely modeled but it is everything else that disappoints. Annoying the drops in framerate and the long uploads that have frequently interrupted the game action. The same problems have plagued the version tested at Gamescom. This left us a little perplexed as to why the game, a few days after launch, was still in this state. Unfortunately, having failed some Quick Time Events, due to performance problems, slowdowns and delays in the commands, especially in the essential moments between the life or death of some characters, really made us turn up our noses. Finally, from the point of view of accessibility, the game has tiny subtitles, without the possibility of enlarging them while the dubbing in Spanish is average. 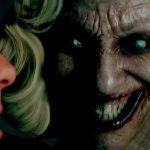 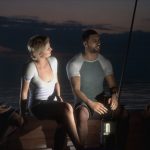 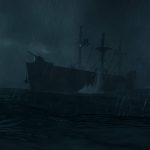 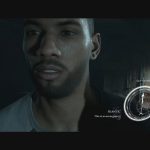 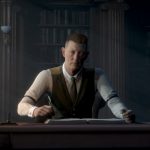 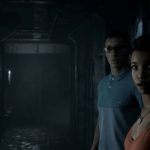 The Dark Pictures - Man of Medan
7.2 / 10 Soultricks.com
Buy on Amazon.com
Available on PS4, XBOX One, PC
For

- So many decisions you can make

- ... provided you overlook the technical problems

- Some doubts about the B movie theme

Summary
Man of Medan was made along the lines of Until Dawn, but the writing has lost some of its charm along the way, and the technical performance hinders the game considerably. After several playthroughs, we still have a few questions left: not about the story or what's to come for The Dark Pictures, but about the sustainability of this project. Eight titles in all. Is a game every six months too much work? Will there be enough variety in the storyline and gameplay? And will these refined co-op modes fit in well with whatever story is to come? We may not know, but as regards the first of the eight projects, we would like to recommend the purchase only if you are a fan of the horror and mechanics proposed by the guys at Supermassive Games.
gameplay
Graphics
Sonoro
Longevity
Final judgement
Apex Legends, the definitive guide ❯

add a comment of The Dark Pictures - Man of Medan, the review