Back to skiing, this time at the Olympics.

Exactly one year ago we published our review of steep, the latest sporting title of Ubisoft. In addition to the positive vote (an 80/100) it's worth remembering how the game has proven itself finally something original in a landscape practically dominated exclusively by football, basketball, with rare incursions of other secondary sports. As well as the worthy heir to the mechanics of the Tony Hawk series.

steep, in fact, already a year ago it put us in contact with the highest and most dangerous mountains in the world, offering us a particularly successful series of extreme sports, from alpine skiing to flights with wingsuit, a faithful and varied overview of the sector. More have been published in recent months DLC which corroborated the game's offer, some free and a paid pair.

Most importantly, as always, the developers have continued to post corrective patches, so if you haven't had the time, way or patience to try Steep to date, maybe you can do it now in its best form, which includes a brand new PyeongChang Winter Olympics themed DLC, which will be held officially in 2018.

Before examining in detail the contents of Steep: Road to the Olympics, let's try to understand what it is. To all effects, it's a real expansion which enriches our gaming experience, not a simple DLC. This can also be understood from the proposed price.

It is important to know which to play Steep: Road to the Olympics the basic version of the title will be required. Hence Ubisoft's decision to make it available in two different versions. You will be able to buy individually the DLC (if you already own Steep) or opt for the complete version, called for the occasion Steep: Winter Games Edition. 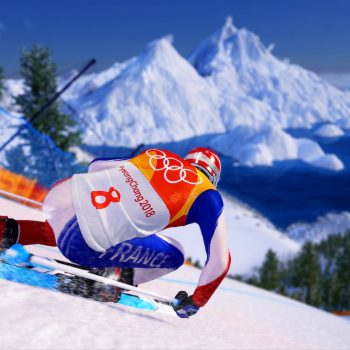 Of Steep you will surely remember the immense freedom left to the player, who could freely explore the highest snow-capped mountains in the world, dedicating himself to this or that extreme sport, without limits or constraints of any kind. It was even possible to switch from one sport to another with the combination of a few buttons.

But this was also the main problem with the title: too much freedom. On the one hand, the ability to act at will is a virtue, on the other hand, taken to the extreme, it turns out to be a problem. Without a minimum of progression, real goals, especially in a title that has many ways and possibilities to offer, you risk ending up frustrated ahead of time and giving up everything. So much "there is nothing to do" real, really important.


Road to the Olympics in this sense offers a more studied, thoughtful and, if you like, sensible game offer. Because a sort of "story mode" is introduced. In fact, we will impersonate an athlete struggling with his workouts, his challenges, his competitions, up to taking him to the most important competition of all: the actual Winter Olympic Games.


Here the challenges will become more intense and also with a degree of difficulty tending upwards, with the arrival of real “trial and error” mechanics. Nothing particularly difficult, especially for Steep players who have already had the opportunity to dedicate themselves to the title, but certainly a more interesting challenge than the basic version.

This does not mean that true semi-open world freedom has been eliminated entirely. It is still possible to explore mountains far and wide with the introduction of the mountain ranges of Japan and South Korea. The disciplines available have also been increased by nine units, introducing competitions based basically on three sectors: downhill skiing, halfpipe and slopestyle. 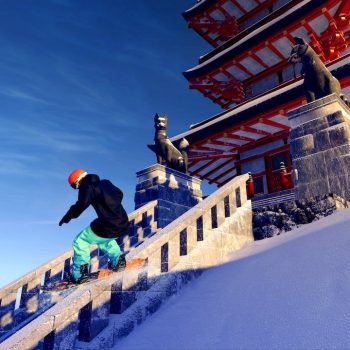 The problem is that the arcade mechanics (more than a real sports simulator) at the base of all three are not only very pronounced, but also quite repetitive. In this way, on balance, even if the sports introduced are 9 we always find ourselves struggling with the same substance, which has changed a little in the basic mechanics. But basically the heart of Steep more than the depth of its game modes lies in the context, in the atmosphere and in the originality factor, which certainly will not be able to justify a Steep 2 in the short term, but continues to work in enhancing (and varying a minimum ) the one already available.

Steep: Road to the Olympics is your chance to try Ubisoft's winter-themed sports simulator, if you haven't already had the chance. We recommend it: the game modes and the possibility to explore the length and breadth of the mountain ranges, dedicating yourself to your favorite extreme sports, is incredibly interesting, and if approached in the right way also fun. If you have already played Steep in its basic version, however, you should wait for a small price cut, unless participating in the Winter Olympic Games was your dream since childhood. 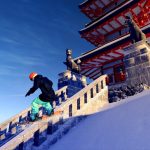 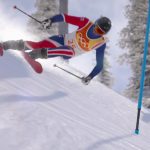 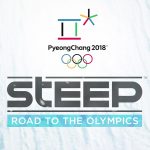 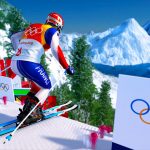 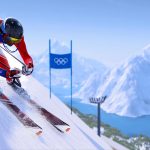 Do you want to complete all the achievements and trophies and know all the tricks, guides and secrets for your video games? SoulTricks.com is a group of video game fans who want to share the best tricks, secrets, guides and tips. We offer the best content to be a source of useful information, so here you can find guides, tricks, secrets and tips so you can enjoy your games to the fullest. Are you ready to get all the achievements of that game that you resist so much? Enter and enjoy your favorite video game to the fullest!
Call of Duty: Warzone guide - 5 tricks to win ❯

Add a comment from Steep Review: Road to the Olympics