Milestone back strongly on the asphalt.

When it comes to motorcycle racing video games, the developer par excellence is the very Italian and expert Milestone, who is second to none else in this genre. This year, the Milanese studio is definitely unleashed and, undoubtedly, two-wheel fans cannot say they were left with a dry mouth: after the publication of MXGP 2, Valentino Rossi: The Game and Ducati - 90th Anniversary, has also arrived the expected LAUGH 2, sequel to the first chapter released in 2015 which has only met with moderate success due to various limitations in the gameplay and in the technical sector.

With this new title, Milestone promises to improve everything that it hadn't fully convinced in its predecessor, offering a richer, more varied and more enjoyable gaming experience. And to find out if RIDE 2 actually managed to meet these requirements, you just have to read our review.

It is brilliantly back in the saddle

As has been the tradition of recent years, at the first start of the game we will be greeted by a simple and essential character creation menu that will allow you to choose gender, nationality and a few other parameters useful to make our pilot unique (within the limits allowed).


From here we are then catapulted directly into the saddle of a powerful Yamaha R1, which we will have to tame throughout the race in order to demonstrate our stuff on the handlebars. At the end of the race, we will be confronted with four different motorcycle models, among which we will have to choose one that will be given to us and will act as a springboard into the world of motorcycle racing.

At this point we get to the heart of the title, with an orderly menu that offers us various game modes. First, the main career is decidedly long-lived and varied, as the racing season hosts countless races and is divided into different categories based on the type of motorcycle; the races available, therefore, are organized in "mini championships" that require certain models to be able to participate, ranging from docile 125cc to powerful beasts such as superbikes. The goal of our alter ego will be to climb the top of the ranking of the best drivers in the world by winning and gaining reputation, until reaching the fateful top. Despite its simplicity, fun is guaranteed, given that the constant change of motion will always require a different approach on the various tracks and, in fact, we have never felt a sense of monotony or boredom during the games. 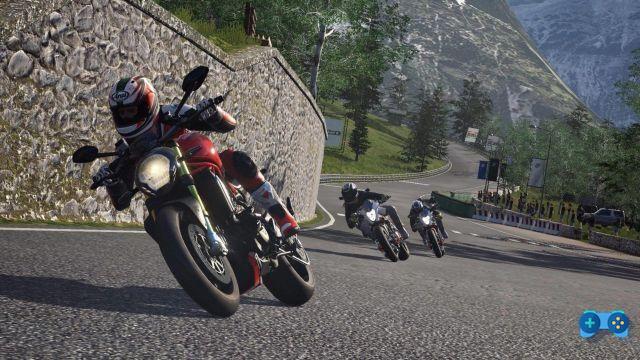 In addition to the career, the menu World Tour Events It also hosts new modes including the interesting Team vs Team, where we will have to compete against a team of four members and beat it by registering the best score. In this case, as you can guess, we will not be alone, as at our side we will have two teammates and a right arm that can be selected from a discrete list in which the various characters proposed will differ according to the level and the bikes owned by use in various categories. In addition to taking into account the experience of the various pilots, therefore, we will also have to weigh our choice on the basis of their "garage" to ensure victory, but to grab the best centaurs we will have to spend the so-called Tokens. This currency will also be used to unlock RIDE bonus, which will offer various benefits to players including various discounts in the dealer.


Another new entry is the Drag Race, a gem for fans of speed and manual gearbox as we will have to participate in adrenaline-pumping acceleration races by manually downshifting the gears, while in the more "quiet" trackday our goal will lie in overtaking with successful several pilots within the time run out.

In addition to the standard modes that are found in every Milestone title, then, there are daily and weekly challenges useful to get above all extra money and there is also a solid multiplayer component, both online and in split screen for lovers of evenings to compete with friends. In conclusion, longevity is undoubtedly one of the strong points of RIDE 2 and the amount of content offered in both single-player and multiplayer will keep you glued to the screen for tens if not hundreds of hours.

This is MY bike

One of the most appreciated features that had already distinguished the first RIDE from the other motorcycle titles of the Milanese developer and which makes its return under an improved guise is certainly the extensive customization of the motorcycles in addition to that of the pilot's suit. It will therefore be possible to modify parts such as brake levers, rims, livery, knobs and so on up to the mechanical components such as exhaust, head and filter, which will obviously translate into an increase in performance of our racing cars. According to what was reported, there are 1200 engine tuning components and 800 items of clothing to choose from for customization. Note of merit regarding the presence of registered trademarks for almost all usable items, a sign that Milestone aims to offer a realistic and immersive experience in every aspect. Other curious news concern the driving style customization, that allows players to set the rotation of every single limb of the body in order to make our rider's position in the saddle unique, and the racing modifications automatically applicable to certain models to make them real beasts to be released in specific races. The engine geeks, then, will be happy to know that it is possible to slightly modify the set-up and reactivity of the bikes, as we will be able to set different parameters for the suspensions and gear ratios.

The motorcycle park is undoubtedly the largest ever seen so far, with the beauty of about 170 models (over 200 with paid DLCs that will be released in the future) of 18 famous and historic brands, including Yamaha, Cagiva, Mr Martini, Honda, Magni, Husqvarna, Ducati, MV Agusta and many others. Among the motorcycle categories, three new types are also making their debut, namely supermotard, café racers and two-stroke, with the former inheriting the good driving system adopted in Valentino Rossi: The Game. It goes without saying that in terms of variety there is really something for all tastes, and two-wheel fans will hardly be disappointed by the lack of any model in particular. And if you are interested in having some more information on the various bikes, Milestone has included a short and interesting description for each of them so as to give a refresh to the nostalgic or a smattering to the younger riders.

But the number of racing cars to be tamed is not the only one to have been increased: the circuits, in fact, have doubled compared to the previous chapter, coming to offer a thirty different settings in various places around the world. In addition to the already known destinations, tracks inserted ad hoc for supermotards such as Franciacorta, official tracks such as Monza, Vallelunga and the much appreciated Nurburgring as well as other circuits that greatly expand the catalog make their debut.

In terms of racing gameplay, the driving model is further refined and is always fun, satisfying and, with physics set to Pro, decidedly complex, as you need to have a lot of skill and gas dosage to stay on the bikes, especially the more performing ones. The difference in weight and power between the various bikes is felt a lot, and this will require a certain "spirit of adaptation" on the part of the players who will have to constantly vary the style of play. A further step towards realism is also taken with regard to the system of falls, which is more dynamic and fluid than the other titles this year but which, however, still requires some work to be made perfect. Finally, Artificial Intelligence knows its stuff and will know how to give us a hard time especially at the highest difficulties, where precise trajectories and overtaking will be needed to bring home victory. 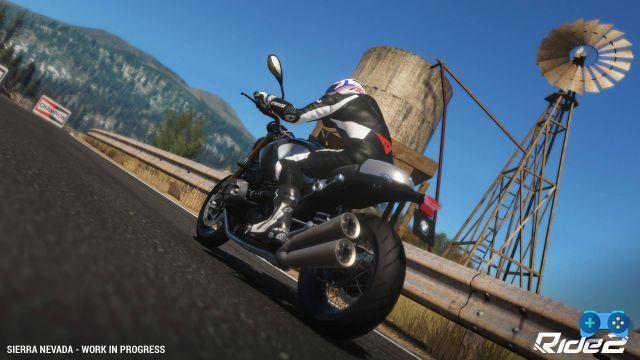 From a technical point of view, as always, Milestone still has to overcome several obstacles that have been known for some time, first of all the dated graphic sector: there is no doubt that the engine has reached its limit, and although it still manages to offer good textures especially on the bikes, it struggles in trying to manage the level of detail of the various settings well, with a particular mention to the public in the circuits that is really embarrassing and, at times, unwatchable.

Fortunately, the title scores a few points in terms of audio compartment: this time Milestone has done a good job as regards the sampling of the rhombus of the various engines, offering a varied and appreciable sound range that diversifies the models used quite well.

In short, once again we feel compelled to renew our advice for the developer, that is to adopt a new graphics engine in view of the titles that in 2017, in order to regain the glory lost over the years.

Do you want to complete all the achievements and trophies and know all the tricks, guides and secrets for your video games? SoulTricks.com is a group of video game fans who want to share the best tricks, secrets, guides and tips. We offer the best content to be a source of useful information, so here you can find guides, tricks, secrets and tips so you can enjoy your games to the fullest. Are you ready to get all the achievements of that game that you resist so much? Enter and enjoy your favorite video game to the fullest!
Sanity of Morris is available today ❯