Hollow Knight, guide and lore: the arrival in Dust

"In the distant lands your name is spoken with reverence and regret,
For no one could tame our wild souls, but you accepted the challenge,
Under a pale gaze you guided us, we changed, redeemed our instincts,
You have given beasts and insects a world that not even in a dream had been painted "

The words of Monomon the scholar introduce us to the world of Hollow Knight, already giving some important clues. When we can finally take our first steps as our little armed beetle, there it is immediately a little secret: going to the left you can find a hidden ravine with a Geo block, Hallownest's coin. 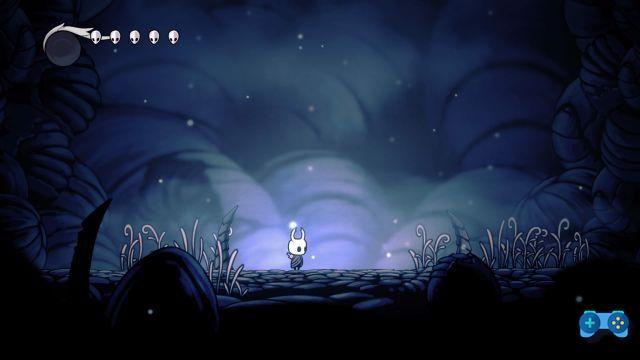 Moving forward instead, it is possible to deal with the game tutorial. We meet the first enemies and the first jumps, which allow us to familiarize ourselves with the controls. Beware of stalactites! In some places they detach from the ceiling and if we are hit, they hurt. After a while we find ourselves in front of the first Hollow Knight totem pole. In this initial part they act as tutorials, but also show a very important mechanic of the title: that of tell the game world through texts left by ancient peoples who live there. 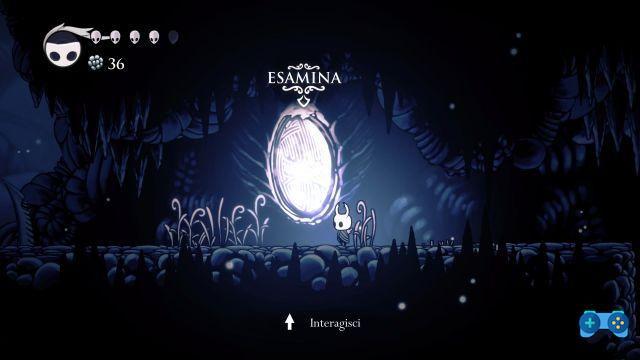 After this first totem, which explains how to concentrate souls to recharge life, we find ourselves in aarea with some platforms. To continue we have to go up, but on the left there is a door to break and reveals an area with a Stormtrooper and a Geo block. 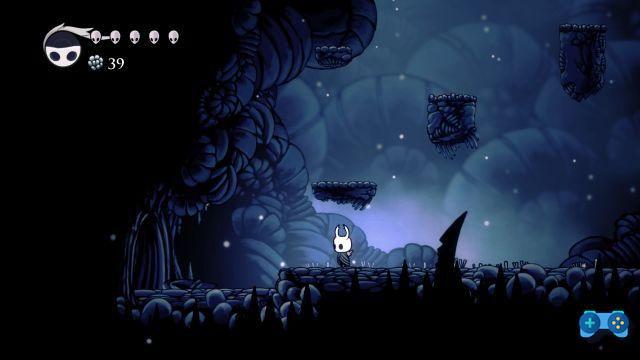 Going up instead, past another enemy and a dangerous stalactite, we find a vital blood core. These blue sources, which reconstitute themselves every time we rest, release drops if hit. By hitting them before they run away, we can get gods additional life points, only temporary. 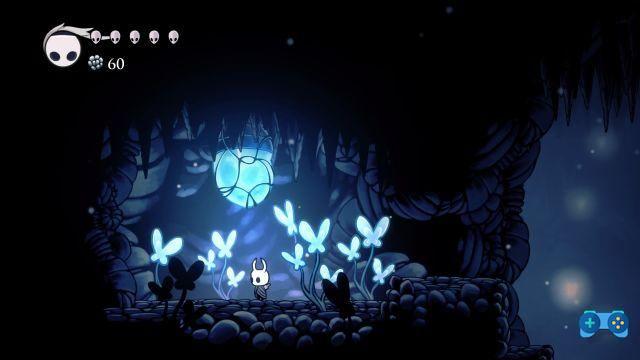 Continuing to the right, past a small Vorino and another door, we arrive in an area where the ground beneath our feet will fail. Here, on the left you can see a geo block, which at the moment it is not possible to reach. Going to the right instead, we can continue by jumping on the platforms, but once again it must be done beware of stalactites that fall! 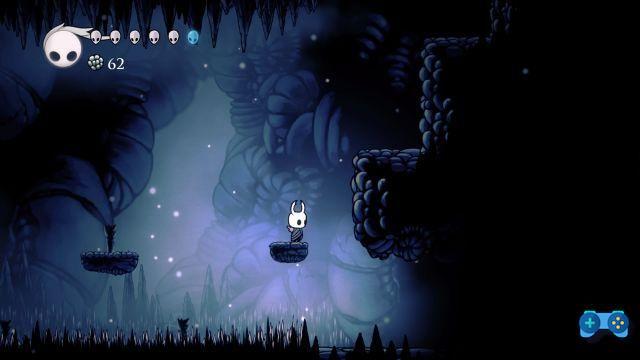 Arrived on the last platform, we must continue upwards, but first we can drop down and get some more Geo. Even from here, it is not possible to move forward at the moment.

Going up instead we find wooden planks, which if broken will open a passage: we went back to the previous corridor where the floor had collapsed. Continuing to the right we find another totem, which explains to us that we are on the threshold of the kingdom, the "lands of the King and Creator". This is important information: the ruler of this kingdom is in some way also linked to the creation of the same. Beyond the totem we can break the huge gate, and find ourselves on top of a cliff.

We can safely let ourselves fall: In Hollow Knight there is no fall damage. We then arrived in the city of Dust.

Safe refuge on the surface, before entering

Letting ourselves be lulled by the melancholy melody that accompanies us, we find Gerontias, the only inhabitant left in this village. The lights show various abandoned houses with locked doors, even in the background. Speaking with the old insect, you get various information about the city and the world that opens below us.

Gerontias explains to us that all the inhabitants have descended to the realm below, in search of glory and riches. He also warns us to be careful, if we take that route: "The air over there is unhealthy. The creatures go mad and the travelers are deprived of their memories. Maybe dreams aren't that great after all ...”The elder claims that the kingdom is now reduced to "a poisonous tomb infested with monsters and prey to madness". Important words, which suggest us the spread of a disease, somehow connected to dreams. 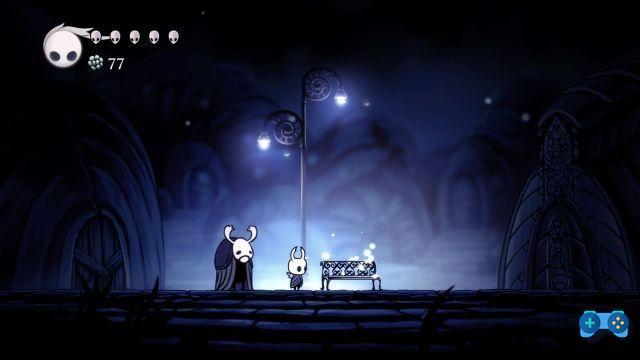 Next to the old insect, we can finally rest on first bench by Hollow Knight. These represent gods checkpoint, but they also have some other cool features that we will see later. It must be remembered that this game derives some elements from Souls-like, such as the mechanics of the game over: if you die, you start from the last bench and you have to recover our Geos and restore the ampoule of souls, which breaks in case of defeat. Until we return to the point where we lost, the ampoule is only half full. A second death leads to the definitive loss of the unrecovered Geos. As in Dark Souls, resting on a bench, all defeated monsters are reborn. 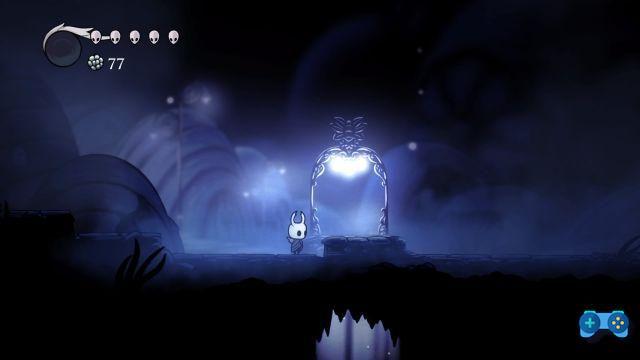 Back to the introduction

Do you want to complete all the achievements and trophies and know all the tricks, guides and secrets for your video games? SoulTricks.com is a group of video game fans who want to share the best tricks, secrets, guides and tips. We offer the best content to be a source of useful information, so here you can find guides, tricks, secrets and tips so you can enjoy your games to the fullest. Are you ready to get all the achievements of that game that you resist so much? Enter and enjoy your favorite video game to the fullest!
Demon's Souls (PS5) - Guide: how to get all miracles and spells ❯

Assassin's Creed Origins guide, tips and tricks to get you off to a great start

Hollow Knight: the complete guide to the game and its lore

Destiny 2 guide, the subclasses of the Titan

Oddworld: Soulstorm - Guide: Where to Find All Mudokons (Level 5 - The Valley of Pain)

Add a comment from Hollow Knight, guide and lore: the arrival in Dust