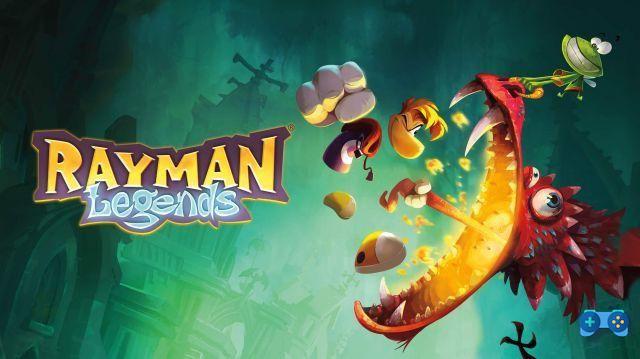 The most famous eggplant in the world!

"In a world where realism, violence and 3D are almost always the masters, there is no room for 2D and the old platforms"

This is perhaps the biggest lie that publishers and software houses have told us in recent years, making us believe that by now the tastes of gamers have irremediably changed. This they were saying, despite the fact that the public and critics had always welcomed every new experimentation, every new 2D title: an example is the various Mario and the countless series of indie games that more and more often reaches unexpected successes. It is also and above all the Rayman series which, after Ubisoft's sensational decision to cancel the fourth chapter of the saga in 2006, first with Origins and then with Legends, has denied the preconception mentioned at the beginning of this review, giving new polish to a genre that now seemed almost completely disappeared.

Rayman Legends for PS4 and Xbox One is the umpteenth porting of a title that, first born as an exclusive for Nintendo's flagship, was then transposed, as per Ubisoft tradition, to almost every platform existing on the terraqueo globe, succeeding in every incarnation to snatch a smile and earn the acclaim of the public and critics.


In the Next gen version the formula does not change: color, lightheartedness, fun and many, many internships. Will the Ubisoft recipe be able to meet the tastes of the demanding early adopters of PS4 and Xbox One?

For those who missed the previous episodes, know that there is not much to despair: Rayman like any good old self-respecting 2D platformer, gives very little to story telling and narrative continuum, to devote himself almost exclusively to gameplay; in any case if you really can't do without it here is a brief summary of the events: After saving the Glade of dreams come on "nefarious”(See Rayman Origins), Rayman and Globox have decided to indulge in the warrior's well-deserved rest: a“ nap ”that has lasted for a century. In the meantime, however, the nightmares of Bubbles dream, the monkey who created the world in the Raymanian cosmogony, are multiplying, risking to generate chaos and destruction, and who do you think can save the world better than an aubergine without arms? . With the help of Murphy, a new nice ally of our hero, We will then start looking for the cause that disturbs the dreams of our monkey friend, in an adventure that will see us face 120 levels, divided into seven worlds, all completely replayable at will to try to get a better score or to free the greatest number of teens or of lum possible.

The strengths of the Ubisoft Montpellier production are certainly a very inspired level design, an exceptional variety of playing styles and a dynamism out of the ordinary. While in the first levels you will find yourself following a rather simple and tested setting for a platform, between jumps and some small aerial combat, it is with the arrival of our friend Murphy that things will start to get more interesting. If in the WiiU version Murphy was controlled by yourself with the gamepad, while the computer or a second player was in charge of controlling our friend vegetable, in the next gen console version we opted for a more classic setting. In fact, by pressing the Circle / B button on the pad of your console, Murphy will cut ropes, operate levers or raise platforms, allowing you to continue in the stage or to reach secret areas. Although the mechanism works perfectly, we would have expected a different implementation of the peculiarities of the new consoles and in particular the touchpad of the DualShock 4 or the Kinect of Xbox One. However, it is in the most frenetic levels and in the musical ones present at the end of each stage, borrowed directly from the chapters released on portable devices (Fiesta Run and Jungle Run), which Rayman gives the best of himself, enhancing the extraordinary level design that leaves nothing to chance and forcing you to try and try the same level several times before the coveted perfect score. Lum and Teens saved will then unlock not only the subsequent "paintings" (in the literal sense the new stages are represented by paintings blocked by chains or covered by red cloths) but also daily and weekly challenges in which you will be asked to compare yourself in particular levels against other players in a challenge for the highest score. But that's not all, with the Lums collected you will unlock trophies and "scratch cards" (in the PS4 version, as well as in the WiiU version, you can literally scratch them using the touch pad of the DS4) that will allow you to unlock "creatures" churning out Lum, new heroes and new levels and with these still new lums and new challenges. From the main gallery you can then access your "little things" and the heroes room where you can also choose to control a different character more congenial to you, for a single level or the entire game: Barbara, Globox, Teen but also 3 new ones specific skins for Xbox One (Splinter Ray, Globox Vaas, Ray Vaas) and one for PS4 (Assassin Ray) with clear references to some of the most famous titles of the French company. The 5 boss fights that you will have to face in the penultimate level of each stage deserve a separate discussion, the only real concession to 3D gameplay: complicated at the right point and incredibly calibrated to allow you to take full advantage of the new skills you will learn during the game. have recalled several times some unforgettable classics of the golden age of arcades (a huge dragon that spits fireballs, for example, reminds you of anything?)
Finally, it is worth noting the possibility, on the Sony console, to capture screens and enlarge them with a pinch-in directly from the touchpad of your Dual Shock 4.

An explosion of colors

From a technical point of view Rayman legends is a real riot of sounds and colors. Extremely varied and exciting environments are the backdrop to a game that visually often leaves you speechless for its ability to transport the player into worlds dominated by colors: from the green of lush forests, to the darker tones of purple and gray that dominate. the kingdom of the dead. The powerful engine Ubi Art Framework in this next gen version it has been further improved and is now able to show textures in high definition, eliminating practically any type of loading. However, do not expect any major changes from the graphic point of view compared to previous versions, the game is basically the same, with the few additions we have told you about.

A fundamental role in the title Ubisoft certainly plays the sound sector that ranges from pop and orchestral songs, passing through rock, classical and even medieval music. Every single step, every jump or throw is underlined by a truly exceptional soundtrack that reaches its climax in the musical stages where the whole game is moving to the rhythm of the music.

Rayman Legends is definitely one of the funniest 2D Platforms of recent years. Graphically exceptional in its simplicity and exciting in the sound sector, it is certainly a title that deserves a place of honor in any self-respecting videogame collection. The next-gen versions add practically nothing new to the already excellent versions released for PC, PS3, XBOX 360 and, above all, Wii U, and in this sense perhaps we could have certainly dared more, perhaps offering new levels, other bonuses. or new game features. If you haven't been able to get it previously, Ubisoft's masterpiece is one of those essential titles, capable of answering a capital question: can a game that uses only three buttons (run, jump, attack) have fun for hours like dear old arcade?

The answer is yes and it is called Rayman Legends.

PES 2017, Konami confirms the update of the roses on day one ❯

add a comment of Rayman Legends Review - PS4 / Xbox One