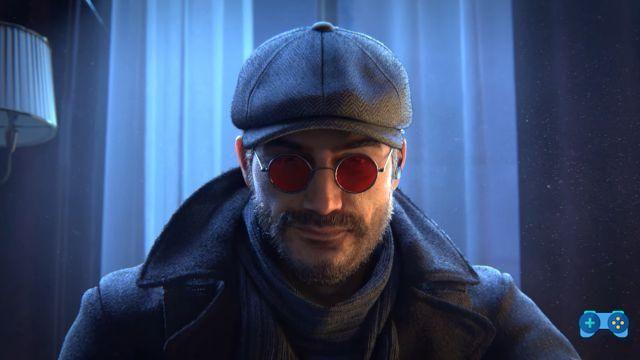 With the arrival of the operation Crimson Heist in Rainbow Six Siege, Ubisoft has announced who will be the new shooter operator: Flowers. We don't know a lot about what his abilities will be, but we do know that he will be able to control a drone from a distance. In fact, this will be the main skill of this new striker.

Flores' arrival in Rainbow Six Siege will bring fresh air to the entire roster of special soldiers of the competitive title. On the official Twitter profile, you can see Flores' main skill, along with the official date of the reveal of the new Season that the rest of the information on the new operator. We won't have to wait long, just until the February 21.

Getting the job done often requires a creative approach. That's where he comes in.

Tune in Sunday, February 21 for the full reveal LIVE on https://t.co/q7A3z2vvlE. pic.twitter.com/hi8t9Af4oe

Just like the two seasons passed, the new operation of Rainbow Six Siege carries only one operator. In fact, we recently saw the introduction of Aruni and Zero (also known as Sam Fisher if you have played Splinter Cell). Ubisoft, in fact, in the latest patches focused more on reworking the maps and the competitive experience of Rainbow Six Siege. During this time period Oregon, The House, The Skyscraper and the Chalet have undergone some serious changes, but this should continue. even during Year 6 of the game.


But not only that, the Ubisoft developers they also added features that had been anticipated a lot. Thing? New sights for all distances, a second gadget and tons of nerfs and buffs for the various Rainbow Six Siege operators. In a nutshell: they focused on making the proposed experience within the game better.

We remind you that the game is available for PlayStation 4, Xbox One, PC and all new generation consoles: PlayStation 5, Xbox Series X and Series S. Also, as for the three platforms of Microsoft Xbox, you can play it via Xbox Game Pass. For now, we just have to wait until February 21 to get new information about Flores.

Do you want to complete all the achievements and trophies and know all the tricks, guides and secrets for your video games? SoulTricks.com is a group of video game fans who want to share the best tricks, secrets, guides and tips. We offer the best content to be a source of useful information, so here you can find guides, tricks, secrets and tips so you can enjoy your games to the fullest. Are you ready to get all the achievements of that game that you resist so much? Enter and enjoy your favorite video game to the fullest!
Hearthfire Review, The Elder Scrolls V: Skyrim DLC ❯

Review in a nutshell: Darq

Add a comment from Rainbow Six Siege: Flores is the new operator!