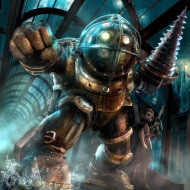 The fashion of DLC

In the early days of this console generation, the downloadable add-on content option made its first appearance, where these were about game story expansions, new maps, new weapons, or simply additional themes or new player skins. If at the beginning this novelty might seem interesting and innovative, over time it was natural to wonder if the game was actually worth the candle. With this in mind we are going to analyze together a DLC (Downloadable Content - Downloadable Content) for that great game that goes by the name of Bioshock 2.

What a great job to be a protector

Obviously we are not talking about the classic "pimp" that you see in many films or on streets populated by fireflies, we are referring to the job that every Big Daddy performs in the underwater world of Rapture. Those who have played Bioshock 2 have realized how dangerous and challenging it can be to protect little sisters while collecting adam. The purpose of this DLC entitled Protector's Trials is precisely to guard the little sister entrusted to us while extracting the precious substance from the chosen corpse. The game structure is basically the same as we find in the single player campaign. Here it is a series of tests that have as their purpose the collection of the greatest possible quantity of adam. The locations we are going to visit are 6: Adonis Baths, Atlantic Express Maintenance, Pauper's Drop Market, Simon Wales Church, Folly of Dionysus and Persephone - Detentive Block F. The above maps are a variant of those visited in the countryside, both for size than by design. The magnitude is large enough to allow for different approaches and different strategies.

If in the main game the difficulty of the same was selectable from the options menu, in this downloadable content the classic items Easy, Medium and Hard have been replaced with stars; one star means taking on a relatively easy challenge, while two or three stars represent, of course, more challenging challenges. If the math is not an opinion, then we have 6 maps with 3 stars or challenges for each of them, so 18 total challenges to be faced fully armed. Or maybe not? 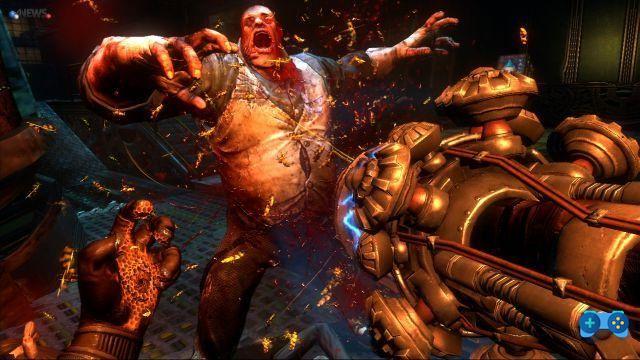 It would be nice to be able to play the various challenges offered to us with all the weapons and plasmids that we have learned to love and appreciate so much in Bioshock 2, but the focus of the fun placed in this DLC lies precisely in the stars that represent not only the difficulty of the challenge to be faced, but also the equipment we will have available. As you play you will find that based on the stars they will radically change the set of weapons, plasmids and tonics at your disposal. Believe us, this is a really great gimmick. In fact, if some clashes will be resolved by distributing rains of molten lead, in others it will be our ingenuity to use only proximity traps to win. In a challenge we will even have no weapons to use but only plasmids to the nth degree. Variety and fun will certainly not be lacking. In the fulfillment of our task along the various levels, we could use medical stations, Circus of Values ​​and Ammo Banditos to be able to replenish our magazines, medkits, eve kits and anything else that proves useful to the completion of the mission. It must be said that the money needed to proceed with the purchase of the desired goods will no longer be received by searching the corpses, it will be enough to score a kill to see our wallet swell accordingly.

At the end of each of our collections we will be assigned an alphabetical vote, where the letter A + will represent the maximum. The votes will take into account the amount of adam collected by our little sister. In fact, by keeping the splicers and other abominations present in the world of Rapture away from her as long as possible, our protégé will collect the precious substance while enjoying a bonus multiplier. A little above we talked about the presence of the various distributors of ammunition and various objects present in the levels. Be careful because they can turn out to be a double-edged sword: in the rush to fill up with ammunition you will be forced to abandon your little sister for a moment, so she will become easy prey of your enemies, with the consequent interruption of the collection of adam. Although in some challenges the starting ammunition will not be enough, we will have to use them sparingly and use the distributors when the splicers are absent or far from the little sister. Speaking of enemies, it is natural to ask ourselves which ones we are going to face. Over time the opponents will become more and more fierce and powerful: if in fact in the first moments we easily get the better of the simple splicers, things will start to get complicated with the appearance of spider recombinants, Houdini recombinants, brutes and even Big Daddy Delta . By completing the various challenges we will accumulate the stars, which, once reached a set number, will allow you to unlock exclusive artwork and movies never seen before. A good incentive to finish all the challenges. 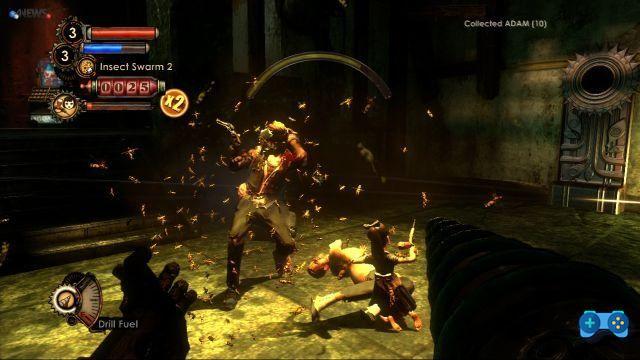 Protector's Trials turned out to be a good DLC, challenging yes, but never frustrating to the point of giving up hope of completion. The total time to complete the various proposed challenges varies according to your ambitions; if you are satisfied with finishing this downloadable content as soon as possible then in 2 or 3 hours you will have exhausted the various missions. If, on the other hand, you want to aim for the highest ratings, you should know that it may take up to 5 or 6 hours of gameplay to reach your goal. Once you have finished all the trials you will be able to access the bonus challenges, which will allow you to replay the various challenges with all the armaments, plasmids and tonics at their maximum upgrades. So analyzing it better, this DLC offers a good dose of fun and duration, as well as new objectives to add to your gamertag. The main flaw is the originality: it is still a game procedure already seen in the single campaign and does not offer much more. This content does not significantly expand the storyline or our knowledge of the world of Rapture. It just adds this series of challenges, good for having fun without too many thoughts. At the cost of 800 MP you will take home a few more hours of play, but nothing else. Thinking about it, this mode could have been included in the full game and not released in the form of DLC, but you know, the laws of the market go beyond our logic as gamers. Our final advice is to take this extra content a bit with a grain of salt, as it doesn't offer much stimulation, and being single-player only, we would have expected a little more.

Do you want to complete all the achievements and trophies and know all the tricks, guides and secrets for your video games? SoulTricks.com is a group of video game fans who want to share the best tricks, secrets, guides and tips. We offer the best content to be a source of useful information, so here you can find guides, tricks, secrets and tips so you can enjoy your games to the fullest. Are you ready to get all the achievements of that game that you resist so much? Enter and enjoy your favorite video game to the fullest!
First Metal Gear Solid Touch video for iPhone and iPod Touch ❯