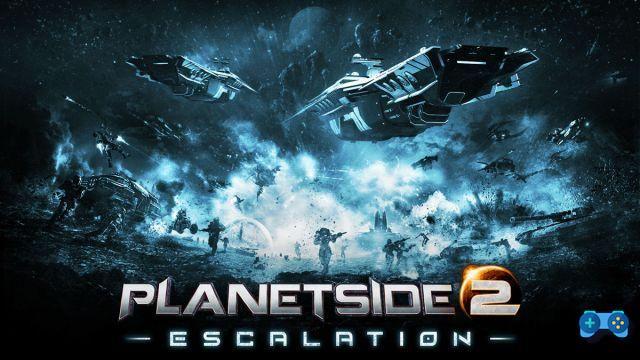 Conquer the planet with Sony's free-to-play!

Nowadays free-to-play is gaining more and more consensus among users all over the world, counting a great variety of titles to feed the tastes of gamers. In fact, PlanetSide 2 belongs to this genre of game, an MMOFPS produced by Sony Online Entertainment and developed by ProSiebenSat.1 Games, which promises to offer the player a satisfying war simulation experience.

In fact, the title aims to offer truly epic mass combat on a scale never seen before, with beautiful breathtaking details.

Will the Sony guys manage not to disappoint expectations?

Read on for our review to find out.

Who to stand for?

As soon as the gamer accesses the game screen, he will be asked to customize his avatar through a rather sparse character editor, and to decide the faction to join to start the conquest. There are three armies, each with its own characteristics: the Terran Republic, a faction capable of reasserting the people of the Earth through a despotic political system, the New Conglomerate or a group of dissidents in opposition to the Republic, and the Vanu Sovereignty, which firmly believes that technological development is the only way to evolve humanity.

Once you have chosen your faction and entered the heart of the war we will have to choose the specialization of our avatar between: Light Assault, Heavy Assault, Engineer, Medic, Infiltrator.
Predictably, the various classes allow you to repair vehicles, heal companions, place turrets or carry anti-tank weapons, but there are some peculiarities for the various roles: the Light Assault soldier is equipped with a jetpack with which he can perform small flights, the infiltrator can activate an optical camouflage system to evade enemy units, while the Heavy Assault soldier can use an extra energy shield that can more easily withstand hits.

The player who has just entered the game will find himself in the middle of the battle, with jets flying through the skies and ground vehicles raging across the game map. This is because the title manages a persistent dynamic world. That is, you can exit the game, but the battle continues and the factions will always be fighting each other. It's not like the usual FPS where you open a game room and there the game starts and ends. Here we enter a world that was born in its debut and continues to evolve, always, in a persistent way.

It must be said, however, that there is a certain disorientation especially when playing for the first time, due to a lack of tutorials (which is relegated to simple demonstration videos taken from the official YouTube channel but totally in English) and of objectives, in fact we will be us having to make do, observing our teammates and following the veteran players in the conquest of the various control stations.

The gameplay resumes as seen in the Borderlands franchise and the various FPS, or with the possibility of carrying more weapons and customizing them, but the game mechanics are more complex than you might think.

The weapons supplied for each class can be changed according to your personal tastes, in two ways: either by conquering positions, killing enemies and destroying vehicles, in order to increase your Station Cash points or by buying them directly from the store.

During the games you will be given a quantity of points sufficient to buy (with a little patience) all the equipment, grenade launchers and turrets useful in order to become a perfect soldier, while on the contrary for the most powerful weapons the points will be insufficient (given the high price of the items) so much so that it will be inevitable to put your own wallet in hand, and from this point of view the title is particularly expensive as the total cost for a good armament can reach up to 300 euros without counting periodic subscriptions in order to increase XP points during matches. However, there is a desire on the part of the producers to make the title accessible to all by providing various discounts and packages aimed at reducing the cost of upgrades.

The same goes for the creation of increasingly powerful vehicles that can be used during the game, but the great variety of customization of armaments and weapons makes up for, at least in part, the time needed to create them.

As previously said, the user will find himself in a real battlefield, not only with a large number of vehicles, but also with many users, since the servers have to manage an almost disproportionate amount of players (some games will have 400 players online).

All this, however, sacrificing the connection speed and with sporadic but annoying drops in framerate even if partially solved by the recent patches.

Planetside 2 is a game designed for cooperation, in fact, solo actions are discouraged, especially when in front of you a vehicle like the Sunderer capable of destroying (if properly upgraded) the most resistant shields, so as for the DLC of Battlefield 3 focused on vehicle warfare, Armored Kill, the player will have to learn how to move tanks and planes as soon as possible to be able to last a little longer on the battlefield.


A marvel for the eyes? If on the one hand the game succeeds in its intent to entertain and give a truly engaging experience, on the other hand it fails to amaze on the technical front. The textures are faded, the polygonal models and the environments do not shine for originality and the characters are too similar (a greater care in the editor of their avatars would not have hurt), but all is not lost; the excellent lighting of the title manages to give moments of spectacle making the battles in the twilight appreciable.

Particle effects such as smoke and debris enrich and emphasize the clashes especially in moments of total chaos, when a large number of vehicles are enclosed in a small space and determine the concentration of the guns.
The sound sampling of the various weapons, whether they are plasma or not, the exposures and heavy shots of rocket launchers or the cannon fire of any vehicle, are very good and contribute to the realism and epicness of the clashes. Unfortunately the same cannot be said of the dubbing in Italian, which is not very convincing for most of the time.

Another negative aspect, as already mentioned above, are the drops in framerate or the speed of connection to the server due to the large capacity of the same, penalizing the playability of the title in a way that is anything but acceptable.
If you can be permissive for connections, given the maximum theater of war to manage, decreasing the graphic settings of your personal computer in order to make the title fluid and enjoyable is not an easy task, especially if you manage to sacrifice the detail already. not exciting.

The good idea of PlanetSide 2 manages to conquer and entertain users, proposing conflicts among the greatest ever in the games of these generations. The immersion you feel in waging the battle for your faction and the satisfaction in being able to master all the components of the game are truly immense. Unfortunately, the lack of a tutorial explaining the features of the game, the high price for certain armaments that can only be purchased with real money and the technical problems that plague the title, could discourage newbies very soon. For all those who are looking for a challenging and complex game, PlanetSide 2 is right for you. 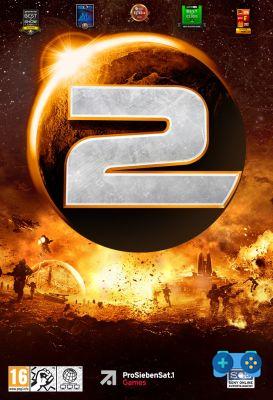 - Variety of weapons, armaments and vehicles with high customization possibilities

- ... but not suitable for all gamers

- Lack of a tutorial, essential for such a complex title

The title is available from 20 November 2012 on the PC platform. Free download from the official website www.planetside2.com.

IPTV, what are the real risks of using il pezzotto? ❯