Past Cure, our review 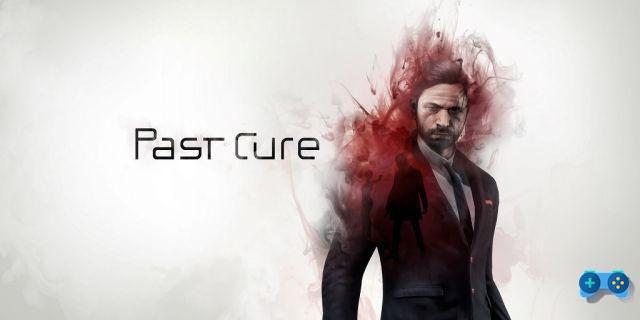 A bit of action, a bit of horror, a bit of thriller!

The independent Berlin studio Phantom 8 Studios has finally made its debut on the gaming scene with Past Cure. The title, presented about two years ago, had immediately caught the attention of the experts. A third person psychological / paranormal thriller, with a character haunted by strange visions. His name, Ian. The production had all the bases to do well. The German developers have well thought of doing things big, perhaps daring a little too much.

The result? A large cauldron full of elements, so different from each other that they have almost nothing in common but at the same time manage to intrigue the player. Between fistfights, shootings, horror, paranormal, Stealth and so on and so forth, Past Cure lacks an identity of its own. It starts well, in a really captivating and frenetic way, but ends up getting lost along the way, ending with an ending that leaves behind many regrets.

Our protagonist wakes up with a start in an unknown place. A villa, now in ruins. After wondering where he was, good Ian begins to explore the rooms of the mansion. A red light tells us that we are not alone; strange humanoid porcelain mannequins are after us, but Ian is a former soldier and knows his stuff. Armed with a gun, accidentally found in one of the rooms of the villa, bullet after bullet, he will find his way back to reality. It was a nightmare and it wasn't the first time it happened. Awakening again, this time in a mansion worthy of the best John Wick, Ian will soon come to terms with what really happened to him. 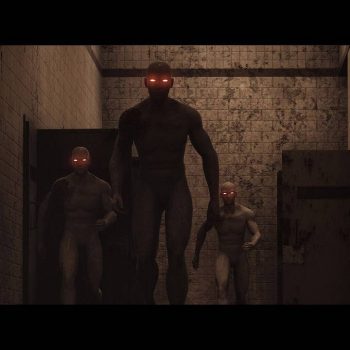 Has been kidnapped. For three years he was a hostage in Syria and mysteriously woke up in England. What happened? The only answer we have is that Ian has changed profoundly, his sanity, his thoughts, his life are no longer the same. Furthermore, Ian finds himself in possession of strange magical powers through which he can control time (a wink at Quantum Break) and can project himself out of his body. The price to pay for these supernatural abilities? As anticipated, Ian's sanity is now distorted, to the point of preventing him from sleeping peacefully and forcing him to ingest a particular blue pill that avoids reaching a state of madness.

The truth has to come out. Ian thanks to his trusty brother Markus, decides to investigate what happened to him 3 years earlier. Between recurring nightmares and a frenzied search for the truth, Ian and Markus manage to track down a criminal group that sells the blue pills Ian is now addicted to. A narrative plot that initially also manages to be interesting, pushing us into a search that will ultimately prove to be an end in itself and in which all questions will receive an answer, yes, but never fully convincing. 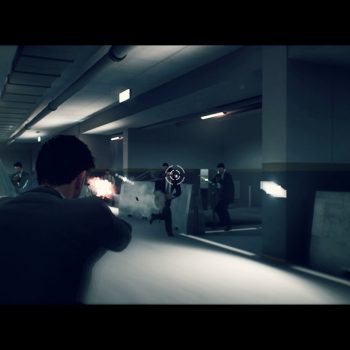 Unfortunately Past Cure is the classic game, all smoke and no roast. Our adventure will be marked by a succession of events mostly tedious, disconnected from each other and unable to reach an at least acceptable conclusion. If only for the narrative plot, we could also turn a blind eye, but from the point of view of the gameplay, we are not there at all. The Shooting sections recall the titles of 10 years ago, with an aiming and precision system that is embarrassing and incomplete to say the least. Those of infiltration, if we want to call them that, seem to have been placed there without a shred of logical criterion. All this is limited to avoiding noise and occasional stealth kills. Even the powers are not managed properly, failing to offer the player that sense of fulfillment that we would have expected. Find the button, turn off the video surveillance so that you can't be detected, collect items, that's what our skills are reduced to.

Furthermore, there is no possibility of exploiting the covers, in fact we can only lower ourselves. In a 2018 game, can't you fix it? Yes, but paradoxically it is almost a good thing that this choice was made. We could consider it almost "wise" given the scarce Artificial Intelligence. The opposing AI is so bad that at times it made us think that it was not our protagonist who was out of his mind, but rather that it was the enemies who were trying to stop us with incomprehensible actions. For example, there was a time when we were surrounded, no escape, Game Over was near. What's up? Why do the enemies retreat and leave? Here, a sensational no sense that allowed us to recover some health and get back into action. It must be said that the situation improves, but only near the end credits. In fact, the final epilogue brings together what Past Cure was supposed to be. Unfortunately it comes too late when the situation was irremediable.

Technically to be reviewed

While being able to count onUnreal Engine, Past Cure also lacks a lot from a technical point of view. Graphically, it alternates sections that are more or less nice to look at with others that are clearly recycled and anonymous. A sign of the lack of artistic inspiration of the German team. The animations are not convincing, with flat expressions and dating back at least a decade ago. The framerate is also bad, with frequent slowdowns that negatively affect the gaming experience.

Finally, we would like to point out that the game is subtitled in Spanish and here too there are problems. In fact, it happened that some lines were not translated, remaining in the Anglo-Saxon language, or even entire clips disappeared from the screen. There is an element that can be saved, the soundtrack, not exceptional it is clear, but that is catchy thanks also to the participation of the Belgian electronic group Seiren.

Summary
The debut work of Phantom 8 Studios had all the credentials to take flight, but unfortunately it did not. Between fistfights, shootings, horror, paranormal, Stealth and so on and so forth, Past Cure lacks an identity of its own. It starts well but ends up getting lost along the way, ending with an ending that, thinking about it, leaves many regrets behind. If the above does not "scare you" and the game intrigues you anyway, we advise you to wait for a significant price cut.
gameplay
Graphics
Sonoro
Longevity
Final judgement
FIFA 18 FUT- Ultimate Team, TOTY and advice on buying and selling ❯