Octopath Traveler, our guide to getting started 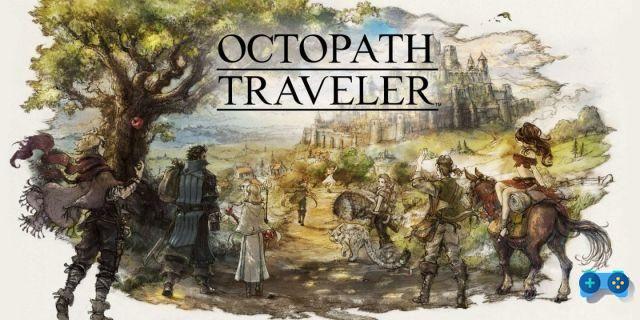 After the great success of the Square Enix JRPG, here are some useful tips to orient yourself in Octopath Traveler.

Octopath Traveler is a surprisingly good game with a challenging tactical combat system. Additionally, the individual character stories range from fairly dark themes to much lighter, lighthearted themes. Like any complex architecture RPG, it can be a little daunting at first. Here, then, are some suggestions to start and facilitate your way through the districts of Ostrerra.

In Octopath Traveler there are eight playable characters, and at first you will only be able to choose one. Additionally, each of them has a 4-chapter story and will be locked into the party until the latter is completed. At the decision level, this is the only variable to consider when initially choosing your character.

On top of that, you can follow the characters' stories in any way you want, as these don't intersect with each other. The result is that it doesn't really make much difference which character you choose to start the adventure with. Simply, select the one that you find to have the most interesting story or with which fighting style you are best.


The characters of Octopath Traveler can be divided into three categories, listed below:

Additionally, Olberic, Cyrus, Ophilia, and Therion are archetypes of their classes. In addition, Alfyn can craft potions during battle, although the crafting system is not well explained. Tressa is adept at collecting gold. Primrose is great support with strong offensive spells. Finally, H'aanit is the most versatile character in the game. The better you get at Octopath Traveler, the more useful it becomes. 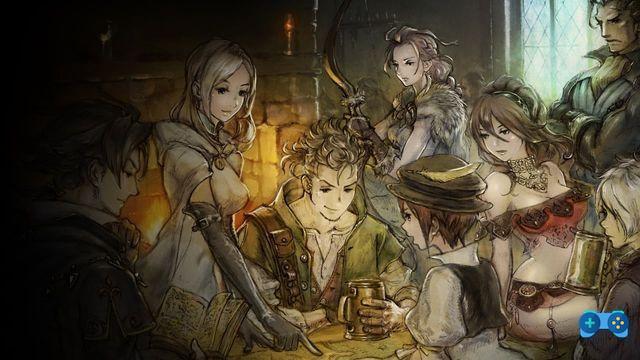 You are free to start adding characters to your party after finishing the first chapter of your starting character. Also, you can add them in any order you want. Each character has their own starting city and you can fast travel at any time to any city you have already visited.

Talking to a character when you arrive in their city will start the first chapter of their story. The story then begins with the new character alone and progresses to a boss fight at the end of the chapter involving the entire group. Once you start a character's first chapter, you need to finish it before you can enter a different area on the map.

You can have a maximum of four characters in your party including your starting character. As noted above, your first character is locked, but the others can be swapped whenever you visit a tavern. You may be tempted to postpone recruiting more characters once you have a party full of four. Resisting this temptation would be good. Get them all first!

Each character has their own unique combination of skills, social actions and talents. Characters start with two skills and can purchase more with combat points. All active skills are also available from the start, but the cost of each increases dramatically with each purchase. Incidentally, passive skills are acquired once the character has four active skills. They unlock automatically but are not automatically assigned to the character. In addition, they can be very powerful. Don't forget to assign them.

Moving on, each character has a social action that allows them to interact with NPCs in special ways. For example, Therion the thief has the Steal ability which allows him to steal items from NPCs. Another character's social actions allow you to add NPCs to your party, gather information needed to complete side missions, or challenge NPCs to duels.

Finally, each character also has a talent that is useful in battle. Sometimes, Talent and Social Action are designed to work together. For example, Ophilia can add NPCs to the party and then she can unleash them in a fight. In addition, other talents can be very powerful during a fight. H'aanit's talent that allows her to capture enemies and then use them against other enemies is a good example.

The combat system revolves around stuning enemies so you can hit them with massive damage or stop them from doing massive damage to you. Enemies are vulnerable to specific types of ranged, melee, or spell attacks and you must hit them with their vulnerabilities to confuse them.

When you first encounter a new enemy, you will want to discover their vulnerabilities as soon as possible. DPA skills - damage by area, damage by area - are a quick way to find out if every enemy on the ground is vulnerable to a particular type of attack. It is recommended that you purchase these skills early when the cost for each skill is cheap.

Additionally, there is a shield with a number to the left of the row of vulnerability boxes. The number tells you how many times you have to hit an enemy's vulnerability to confuse them. Stun an enemy is to prevent them from attacking during their combat round. It can also interrupt powerful attacks that bosses buff for several rounds. Well timed breaks are an essential defensive tactic. Attacking a confused enemy also deals substantially more damage. 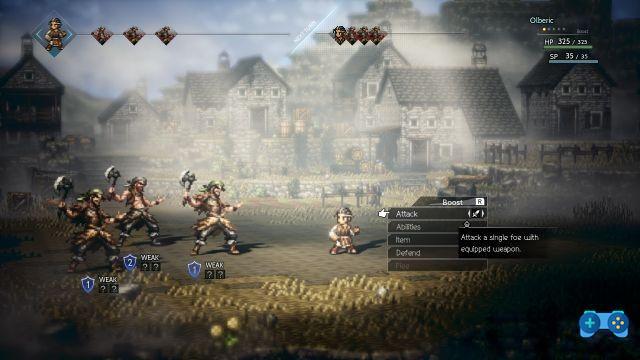 You can maximize the effects of your pauses with charged attacks. Each character gains a charge point after each combat round. Points can be spent on extra attacks. You can get up to five points and they can be spent when and how you want.

Timing your charged attacks is the key to winning battles. An attack using three boost points can break an enemy with a shield value of three. You can then deal massive damage if you follow the break with a three-step attack from one of your strongest hitters. It's all on time.

There is enough to give you a good start in Octopath Traveler, but that's not the whole story. There is still a lot to discover once we move on to the second chapters of the character. Either way, when that happens, you won't be a beginner anymore.

Do you want to complete all the achievements and trophies and know all the tricks, guides and secrets for your video games? SoulTricks.com is a group of video game fans who want to share the best tricks, secrets, guides and tips. We offer the best content to be a source of useful information, so here you can find guides, tricks, secrets and tips so you can enjoy your games to the fullest. Are you ready to get all the achievements of that game that you resist so much? Enter and enjoy your favorite video game to the fullest!
Burial at sea, Elizabeth in the DLC for Bioshock: Infinite ❯

Pokemon Sword and Shield, guide to the competitive

The Legend of Zelda: Breath of the Wild, how to get infinite Rupees

Add a comment from Octopath Traveler, our guide to getting started