Define it in two words

The market for gaming peripherals and especially mice intended for gamers in the price range around 50/70 euros is very crowded with proposals. In fact, it is in this price range that the bulk of the sales of the PC Gaming peripherals market is played, and this is the price that more and more players believe justified for a quality product. Logitech with the G403 Prodigy Wireless returns with a new product that risks becoming an absolute best buy for those who love the peripherals of the Swiss manufacturer but also for those looking for a reassuring and versatile solution. Remember these two adjectives because they are the ones that best describe the product we will deal with.

The design of the Logitech G403 is as we said, "reassuring", and closely resembles that of a mouse well known to the public of hardcore gamers, or the Razer Deathadder. From this, however, it differs mainly for softer and more tapered lines and for a more pronounced curvature of the back. 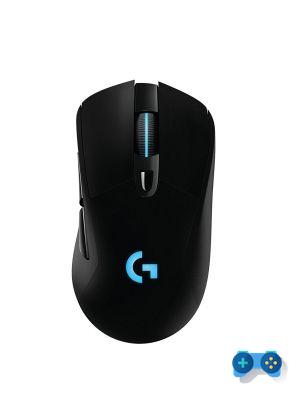 In addition to the two buttons and the wheel equipped with RGB LED lighting, there is space in the upper part of the mouse, also a comfortable four-way DPI selector, easily accessible with the index finger of the right hand even in game. On the back of the mouse, built entirely of good quality plastic, the "G" logo that identifies Logitech gaming products, is illuminated with a beautiful RGB color that, thanks to the Logitech software we will talk about later, can be used also to provide a visual indication of the charge status of the device.


On the left side, instead, there are two additional buttons of generous dimensions, but in shiny plastic. At the bottom, finally, the on and off switch and a magnetic door which we will tell you about below. 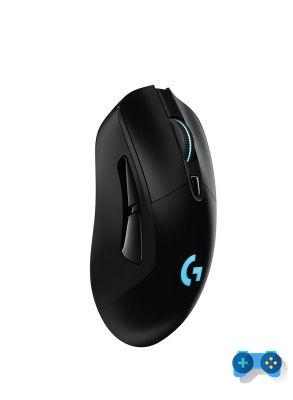 The dimensions of 68 x 124 x 43mm are suitable both for those who have small hands or a claw grip, and for those who prefer a more extended grip or who have rather large hands. However, one of the most important peculiarities of the mouse is the weight that can vary, in the wireless version we tested, between a minimum of 107 grams to a maximum of 117 by adding the weight supplied in the package in the special magnetic flap we mentioned earlier.

The mouse also, on the front, has a microusb connector which, thanks to the supplied cable, not only allows you to recharge the 500mA battery that the mouse has (about a couple of days of operation with a single charge and more than 20 hours continuously ) but allows you to use the same also in wired mode. Wired or Wireless, variable weight, suitable for any type of handle ... more versatile than that!

The specifications of the device are very respectable. The optical sensor is in fact the best Pixart PMW3366 already used in other company mice such as the G502, and considered by many to be one of the best sensors around (not surprisingly, Logitech has almost grabbed its exclusive use on its devices). The other features are not far behind, such as the 1ms report rate and the 40g maximum acceleration. For all the other features you can take a look at the table below


Like all Logitech devices, the G403 Prodigy Wireless can also take advantage of the benefits offered by the Logitech Gaming Software, which allows you to change the sensitivity values ​​that can be selected with the DPI button, between a minimum of 200 and a maximum of 1200dpi, or to connect particular profiles to each game, change the RGB LED lighting to match that of other Logitech devices , and of course to map each of the six available buttons or create macros, a function that despite the scarcity of buttons available, can be particularly useful for lovers of MMORPGs or strategic games.

The impression you get when using the Logitech G403 Prodigy Wireless is that of a great familiarity. Trying many different peripherals for work needs, there is always a more or less long phase of adaptation to the new device. With the G403, on the other hand, this adaptation phase is decidedly short, almost eliminated, so much so that it will immediately seem to you that it has been part of your setup for months. 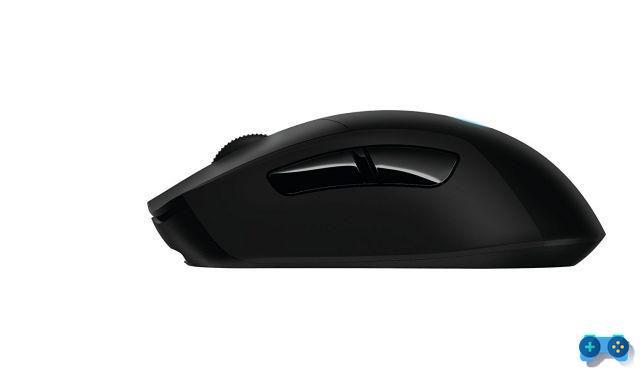 The credit is due to an excellent weight calibration and a good feeling with the main keys that use OMRON D2FC-F-7N switches with a perfect actuation force for FPS. The two left and right buttons have generous dimensions and allow easy access to the programmed functions. Resistance is slightly higher and that's not bad. Too bad only for a certain slipperiness of the same and for the absence of a space to rest the thumb, which would certainly have favored the ergonomics of the mouse. The grip is also excellent, always firm thanks to the rubber-coated sides.

In game, using Overwatch and Counter strike, the excellent sensations experienced are confirmed. The mouse offers very high precision and responsiveness at the level of that offered by even higher category mice offered by other manufacturers and by Logitech itself. Furthermore, no difference was detected, at least by myself, between the wireless connection and the one with a USB cable, reflecting the excellent quality of the transmitter integrated into the device. 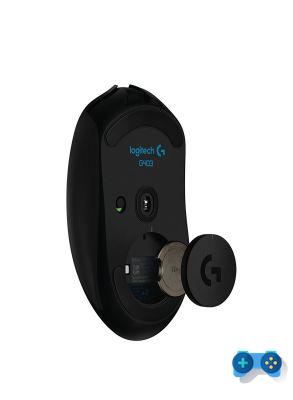 In games such as MMOs, and partly also with Overwatch, there is a bit of a lack of additional buttons but more than a defect it is a differentiation desired by Logitech itself within its increasingly broad family of devices. for gaming. 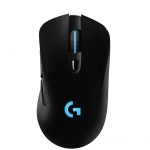 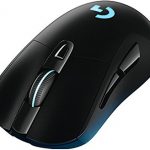 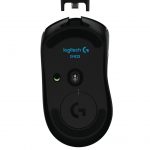 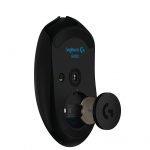 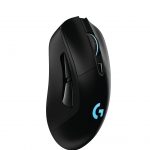 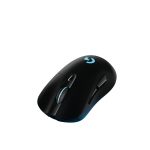 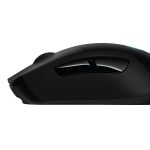 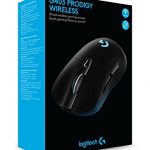 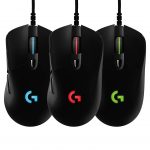