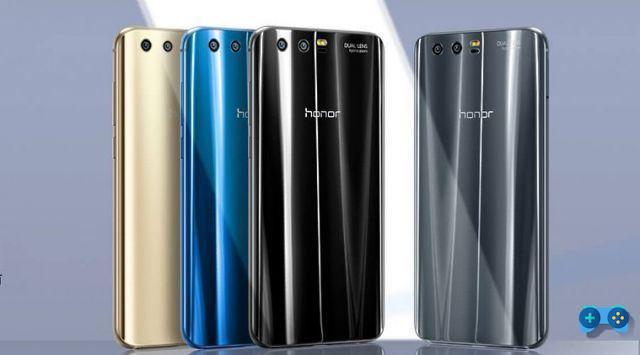 The new HONOR 9 officially presented in China at the Shanghai International Conference Center.

The sub-brand of the Chinese Huawei, Honor, has produced a new top-of-the-range product at an affordable price: Honor 9.

Strengthened by the success of its predecessor Honor 8, the Chinese company tries to do an encore by proposing what can be called an "economic" P10.

THEHonor 9 , with its 155 grams of weight, will have a 2.5D display from 5,15 inches Full HD with 1920 × 1080 resolution, an elegant glass and aluminum body, a processor Kirin HiSilicon 960 octa core, a 3200 mAh and, depending on the model, a minimum of 4GB of ram and 64GB of internal storage expandable with the use of microSD through the use of the housing of the second mobile sim.

The newcomer to Honor, a terminal dual sim full active (DSFA, able to access the connections of both cards at the same time), will be available in four different colors: blue, gray, black and amber (gold); while the prices, on the Chinese market, start from the equivalent of 299 euros up to 399 euros for the top of the range or the Honor 9 model with 6 GB of ram and 128 GB of memory for data storage. 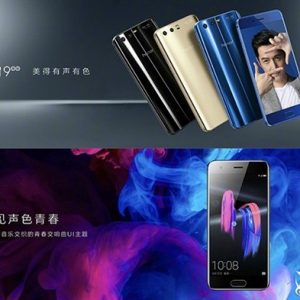 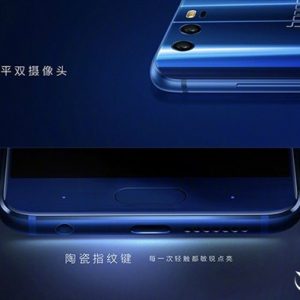 The fingerprint sensor has been removed from the back and inserted under the display, a choice already made with the older brother Huawei P10. There double camera rear equipped with dual-tone LED technology for the flash is composed of two sensors of which one monochromatic from 20 MPX and one from 12 MPX RGB, the front chamber houses an 8 MPX sensor instead. 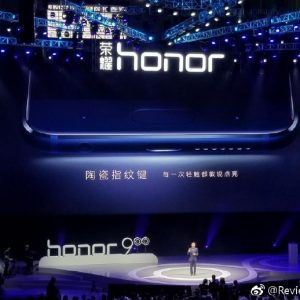 The operating system will be installed by default on the smartphone, whose predecessor has already been highly regarded all over the world Android Nugget 7.0 with EMUI 5.1.

Available starting from June 16, 2017 in China at the largest commercial chains as well as on the online store, it will be presented on the European market in the next two weeks.

Do you want to complete all the achievements and trophies and know all the tricks, guides and secrets for your video games? SoulTricks.com is a group of video game fans who want to share the best tricks, secrets, guides and tips. We offer the best content to be a source of useful information, so here you can find guides, tricks, secrets and tips so you can enjoy your games to the fullest. Are you ready to get all the achievements of that game that you resist so much? Enter and enjoy your favorite video game to the fullest!
Resident Evil: Revelations 2 trophy list revealed ❯

Four games inspired by The Wizard of Oz

Just Cause: trailer for the mobile version and other news

Nokia, the new devices will be unveiled tomorrow