The hard work of the farmer.

Ah, the life of the farmer: always immersed in nature to cultivate fields and take care of the animals, between the green of the trees, the scent of the earth and the chirping of birds to surround this scenario. A noble task (although many may not consider it as such) capable of giving many satisfactions, but which requires experience, time, dedication and, above all, a considerable expenditure of energy, especially if you want to obtain high quality products.

If you are among those who are not really suited to this strenuous lifestyle but feel a certain charm, the German developer Giants Software has the solution to make you live virtually the daily life of a farmer: the answer is Farming Simulator 17, the new chapter in the popular farming simulation series that has made great strides since its official debut in 2008 and has enjoyed increasing success over the years to become one of the best simulation titles of its kind available on the market.

In this title, even richer and more complete than its predecessors, thousands of new hectares of land to cultivate and hundreds of vehicles to drive await us that can only make the happiness of fans of the genre, who will find bread for their teeth in a totally immersive experience in the world of the primary sector.


The scent of the earth in the morning

Basically, the gameplay remains unchanged compared to its predecessor, with a title that prefers a sandbox nature able to offer a practically infinite gaming experience for fans but which, inevitably, in the long run could prove boring for several players as it requires a lot. time and dedication. The news, in any case, are many and the entire game formula has been significantly improved to offer a further degree of realism and greater variety.

First of all, it is necessary to make a note of merit regarding the quantity of vehicles and accessories present: they are in fact available 79 official brands, among which new ones are making their debut such as the famous Fendt and Massey Ferguson. The choice, therefore, is vast thanks to the hundreds of work machines that we will have available and which are not limited only to tractors, but also include chainsaws and machinery for cutting trees, trucks for transporting logs, combine harvesters, plows, seeders, sprayers, tedders and many others. Among the novelties concerning the vehicles, it is now possible also drive trains, in order to personally direct them to the various places where we will load our goods. Moreover, we will have the possibility to customize, albeit minimally, most of our machines, from the simple color of the livery to the type of wheels up to the upgrading of the engine to obtain greater performance useful for carrying out our activities more efficiently.

Speaking of the latter, Farming Simulator 17 offers a good variety, as we will be able to dedicate ourselves to the cultivation of the fields (with all the steps and precautions to be taken into account to obtain high quality crops), to the breeding of animals such as cows and pigs and the cutting of trees, thus allowing to trade various types of products, ranging from simple vegetables to wood and hay. As in the previous chapters, here too we will have to keep an eye on price changes 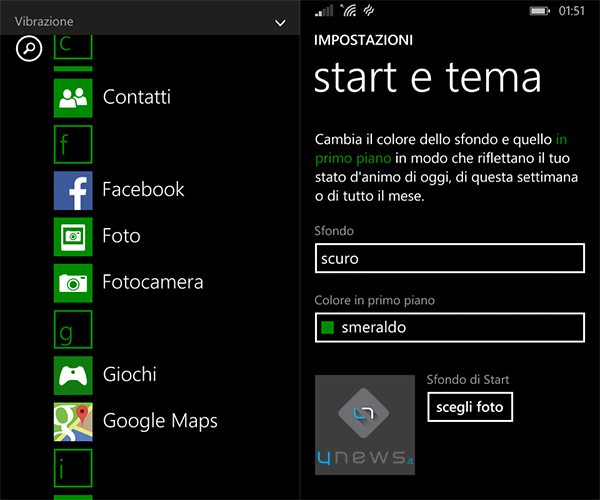 of the market, as different buyers will offer more or less money on various goods; to best repay our efforts, therefore, it will always be necessary to open the appropriate menu and take a look at how the market shares are proceeding. The wise administration of one's finances is an even more important element in this chapter, especially at the beginning when we will have to work hard to set aside a good nest egg to buy new machinery and, above all, maintain them, as well as we will have to take into account also all the help we will receive from any helpers we hire. In case of difficulty, however, we will be able to rely on a maximum loan of € 200.000 from the bank, which obviously we will have to return over time; if agricultural equipment is too expensive, it is also possible to rent it, although this method, in the long term, turns out to be inconvenient for our wallet. The driving style, although tending towards realism, adopts a fairly arcade connotation especially with regard to minor vehicles, such as the van we have at the beginning of the game, which are almost devoid of physics and have maximum road holding, even on dirt . Obviously, this does not undermine the gaming experience since it is not a racing title, but feeling the weight of the various vehicles more would not have been bad.

Le debuts in this chapter in Career mode missions for local farmers, which allow us to finally have some objectives in our peasant life: by heading to the fields of others, in addition to being able to buy them we can carry out various activities on their own, such as harvesting crops or sowing land, which will yield us extra money. The available maps are again two, Goldcrest Valley and Sosnovka, respectively set in the United States and Russia, and the dimensions are modest, although the two places are not particularly alive except for some anonymous passers-by impossible to run over and vehicles presumably made of stone as impossible to move, not even with a front (it's not Grand Theft Auto, sure, but it's really bad to see). In short, we would have expected a world populated by farmers intent on their daily chores that would contribute to giving liveliness to the setting, but apparently the only workaholics will be us (and possibly some poor assistant hired for a few hours to give us a hand). Undoubtedly, the situation changes in the solid multiplayer mode, which significantly raises the degree of fun as it is possible to play up to a maximum of 16 players by cooperating in the various activities, which makes the experience much more vivid and appreciable. In terms of stability, Giants Software did a great job and we didn't notice any latency issues or "stutters" from other players, except in sporadic cases where the lobby was hosting several members. In case you do not have a fast enough connection capable of hosting games with different people, however, it is possible to rent servers so as to get rid of any possible problems.


What characterizes Farming Simulator 17 even more than the previous chapters is thefully customizable gaming experience thanks to various options selectable from the appropriate menu: in addition to choosing one of the three proposed difficulties, which will also affect our financial resources, it is possible to set the speed of crop growth, the automatic supply of seeds and fertilizers by AI-controlled helpers, the presence of traffic, withering of crops and many other parameters with which to modify the matches to your liking, making them more or less realistic. For those who do not chew the agricultural language and the various working techniques a lot, there is also a real tutorial and a dedicated menu in which different concepts are explained that can be consulted at any time.

Finally the full support for mod, among which you can find both free and paid ones and that add new tractors, machinery and other content that further expand the overall experience. 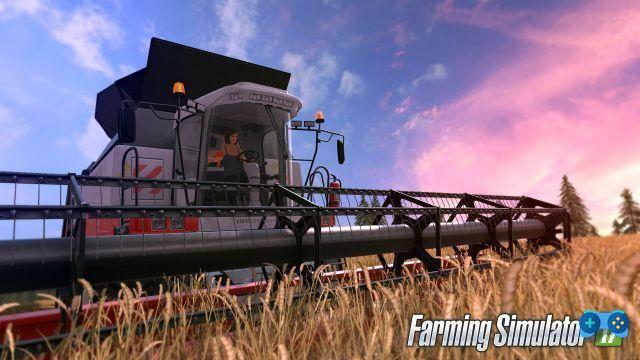 The fascination of agricultural equipment

From the graphic point of view, it can be seen how Giants Software has given the maximum in particular in the realization of the models of the various agricultural machines, placing a lot of care in their reproduction as they boast detailed models both in the bodywork and in the interior. The environments are also of good workmanship, although there are several bugs such as totally free of collisions and various polygonal interpenetrations, a sign that the developer still has to work on these aspects to bring everything to the level of the vehicles. On PC the title behaves in an excellent way: with an FX-8350, an AMD Radeon R9 380 4 GB and 8 GB of RAM we did not find any drop in frame rate, always maintaining a fixed 60 fps with all graphics settings set to Ultra. . By itself, however, Farming Simulator 17 does not require mind-boggling specifications, which allows, by making some compromises, to play it quietly even on less performing PCs than several years ago.

As far as the audio sector is concerned, the sound effects are of good realization and the rumble of the engines of the various agricultural machines are well differentiated from each other. In addition, there is a little liveliness to the long days of work in the fields radio, which we can turn on or off at any time according to our needs.

Do you want to complete all the achievements and trophies and know all the tricks, guides and secrets for your video games? SoulTricks.com is a group of video game fans who want to share the best tricks, secrets, guides and tips. We offer the best content to be a source of useful information, so here you can find guides, tricks, secrets and tips so you can enjoy your games to the fullest. Are you ready to get all the achievements of that game that you resist so much? Enter and enjoy your favorite video game to the fullest!
The Franz Kafka Videogame Review ❯