The ports with which we connect our external devices are very important. According to the standard we use, we can transfer files more or less quickly but also avoid running into errors and system crashes. The most famous doors today are the USB 3.0 and Thunderbolt they have higher transfer speeds than all the others but what's the difference and what do they offer? 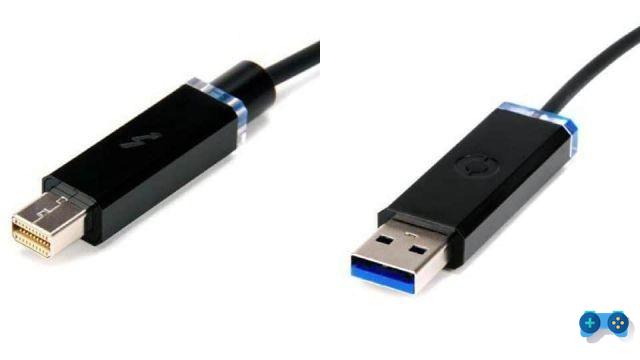 La Thunderbolt it is by far the fastest. Leveraging two separate transmission channels it can go up to 10 GBit / s for each. Designed by Intel with the collaboration Apple, behind this standard is the need to minimize the use of different cables and ports. The original intention of the developers was to use a single connection for all peripherals, including displays, and with Thunderbolt at least in principle, this is feasible. Yes, because Thunderbolt is capable of carrying both the traditional data signal and the video. In fact, the Thunderbolt connector is compatible with the input Display port and therefore allows you to connect screens that use this technology to the PC.

The Intel standard is fully supported by Windows, which handles it like any other port. The only problem is the spread. If in the Apple world, Thunderbolt has managed to break through, so much so that it is integrated into the most used devices, such as theiMac, on PC it is not yet used with particular frequency.

The reasons are many, including the preference of manufacturers towards the USB 3.0 standard, less expensive, versatile to integrate and certainly more widespread.

USB 3.0 it is the most used port of all in PCs. Successor to the 2.0 standard, it reaches theoretical speeds of 5 GBit / s, which in reality decay up to about 3 GBit / s. It is most often accompanied, in PCs, by the USB 2.0 ports, and they differ from the connector of the USB 3.0 colored blue.


Also take a look at: 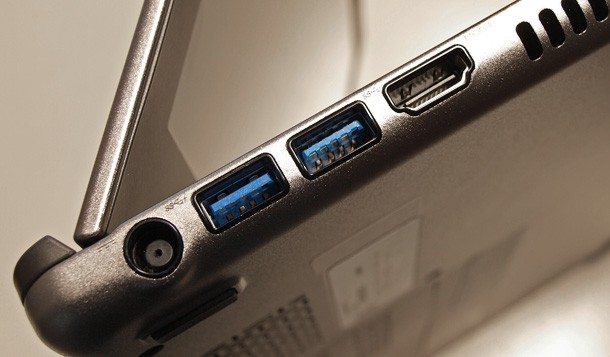 Despite the performances and the great diffusion, Thunderbolt far surpasses USB 3.0. The reason lies in the operating system. The USB standard, in fact, uses a single communication channel, which provides for the continuous exchange of information between the connected peripheral and the computer. This system has major drawbacks, first of all latency, that is to say the delay between the sending of a message by the peripheral and the relative response from the PC.

A rather high latency, such as that at the base of the USB 3.0 protocol, therefore creates a lengthening of communication times. Also, the larger the file, the more time will be wasted. This explains why the theoretical speed is always different from the real one. In the case of USB 3.0 we are talking about a net loss, which decays the performance. Thunderbolt, on the other hand, does not suffer from this problem. It uses, as already mentioned, two separate communication channels and therefore works like a two-lane highway, instead of just one like USB 3.0.

Communications, therefore, travel on two independent lines and do not intertwine with each other. The latency is positively affected and drops to around 8 nanoseconds, thus allowing Thunderbolt to have real performances very close to the theoretical ones, which are in the order of 10 GBit / s per channel. Intel's standard also takes advantage of the PCI-Express protocol, which helps make it even faster and more powerful.

Ultimately when available, Thunderbolt is always to be preferred to USB 3.0, although as mentioned, it is much less widespread than its competitor.

Thunderbolt and USB 3.0 aren't the only ports on the market, the USB 2.0 it continues to be the most widely used standard, both by peripherals and by computer manufacturers. Versatile and economical, USB 2.0 is capable of reaching the speed of 480 Mbit / s theoretical, which actually drop to around 240 with latency. It is definitely the slowest standard.

Firewire it is used for transferring video files from camcorders to PC. It uses two standards: 400 and 800, whose figures refer to the maximum achievable speed in Mbit / s. This standard is slowly leaving the scene.

add a comment of Difference between Thunderbolt ports and USB 3.0 ports