Call of Cthulhu, our review 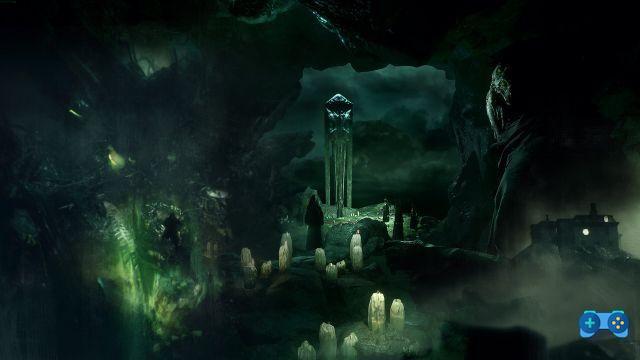 What mysteries lurk in the depths of R'lyeh in this Call of Cthulhu?

While you haven't read any of HP Lovecraft's literary works, you probably still have a confused idea about who he is and why he is widely recognized as one of the most significant horror writers of the 20th century. His ideas of inexplicable and unspeakable terrors that drive men - and almost always men - to madness, and his creation of the myth of Cthulhu with its pantheon of ancient gods absolutely indifferent to the life of men, have influenced countless novels, films. , paper games and video games over the years. Among these is the video game Call of Cthulhu.

This latest effort, from French studio Cyanide, treats a family history of artistic obsession, unnatural experimentation, and the frailties of the human mind in a mostly successful - if not quite revealing - exploration of Lovecraft's main thematic concerns. But its narrative and setting results are regularly undermined by a few insignificant adventure game investigators and a handful of truly terrible pseudo-action sequences. 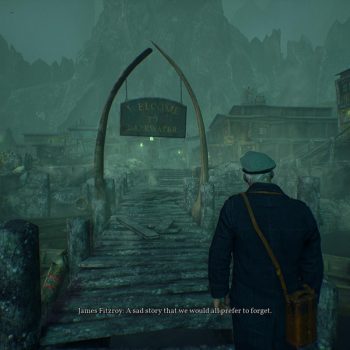 Edward Pierce is a Boston private investigator who appears to specialize in getting crushed by his agency, the Wentworth Detective Agency, and self-medicating the trauma he suffered during World War I with alcohol and sleeping pills. Still shaken after waking up from yet another nightmare, he agrees to investigate the deaths of Sarah Hawkins, her husband and son three months earlier in a house fire on the tiny island and former whaling port of Darkwater. Sarah's father searches for Pierce after obtaining a posthumous receipt for one of his daughter's paintings, a rather heavy depiction of a woman curled up in front of some kind of demon. Pierce, evoking all of her investigative acumen, suggests Sarah was trying to send a message through her art.

The pace of Pierce's detective work, and thus most of the game, settles as soon as he disembarks on the mist-wet and permanently dark docks of Darkwater. It is possible to explore a small station firsthand, talk to the various places and examine some elements of interest. Conversations are presented with a dialogue wheel that offers multiple topics, some of which are only unlocked if Pierce has learned relevant information while occasionally others are delivered in the form of binary choices - choosing one means not being able to choose another. The vocal performances here are entirely useful, and not as soft as one might fear given the setting, although the writing itself suffers from some turbulent tonal changes as you navigate the branches of responses. Also, countless unfortunate typos in subtitles make it all the more exasperating. 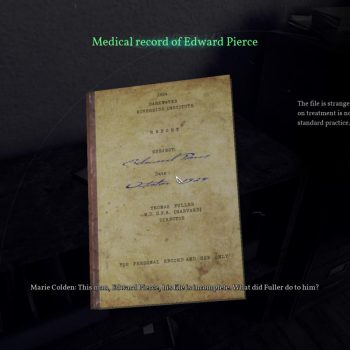 Taking a cue from Cthulhu-based pen and paper RPGs, in the video game you can earn and assign points to a series of statistics that, in theory, allow you to adapt Pierce's investigative experience into investigative, psychological, eloquent, and so on. These stats affect both dialogue options - a high level of Eloquence, for example, might allow Pierce to choose a more persuasive line of questions. Not only that, skills change the way you interact with the environment; that is, Pierce can draw on his knowledge of medicine to reveal the death of a corpse, for one thing. Yet these moments rarely, if at all, feel significant; they seem mostly small digressions on a journey that still leads to the same result.


In general, the RPG nature of the game seems undernourished. The idea behind these statistics revolves around approaching events with a specific modus operandi; in some cases it is successful, particularly on the few occasions when Pierce is able to solve puzzles in a variety of ways. However, most of the time, the differences between having Force stats leveled versus investigative stats are ambiguous at best and trivial at worst.

At best it's ambiguous because you get the feeling that the game itself pulls the central storyline, guiding you in this discovery. When you make certain choices or perform certain actions, the message “This will affect your destiny” will appear at the top of the screen. What is never clear, however, is how one's fate has been affected. There is no end-of-chapter screen that summarizes the crucial choices made and, at the conclusion of the game, no one says how those decisions led to the choice that Pierce faces in the final scene. 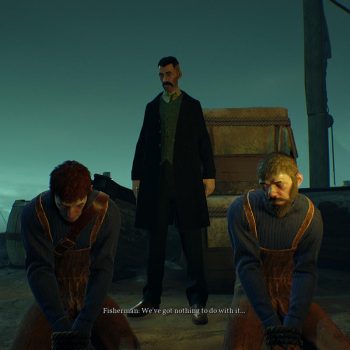 The ineffable meaning of life.

Call of Cthulhu, and Lovecraft himself, reveals the inexplicable, the ineffable, the fallibility of human perception and its limited ability to understand the world. Over the course of the game, Pierce is faced with the most difficult mission: to make sense of what he has seen - or what he thinks he has seen. As his grip on reality, already tenuous at first, loosens further, it becomes difficult, if not impossible, to reason about the cause and effect of the events he is at the mercy of. On a narrative level, this helps the story well, keeping the suspense and hitting with spot-on twists. But on a more mechanical level, when you select each choice without real knowledge of the facts, you feel strangely distant and ultimately dissatisfied.


Much of Pierce's detective work is routine. You search each area for hotspots with which to interact, collect clues and useful items. Progress is usually a case of diligence - enough hotspots are found and Pierce will work out what to do next. Sometimes, however, it is able to "reconstruct" past events that occurred in the area where it is located; however - while these tend to be interesting in terms of plot progression - they only require you to find the relevant hotspots and click on them. There is a kind of sad pleasure for a user to explore the map, click on hotspots and detect parts of the plot. It is mechanical work, however, and not really satisfying. 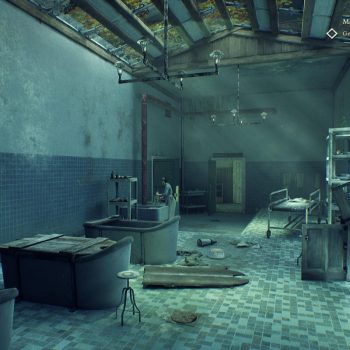 When Call of Cthulhu comes out of its procedural configuration, it reveals itself for its best and, at the same time, for its worst. The high point sees Pierce trapped in a previously visited hospital - and therefore, more importantly, it should be familiar. He must walk through a shadow version of the same, making his way through pitch-black corridors using only the faded light of a lantern to unlock a path. Drawing on previously accumulated knowledge, it works fantastically as a tense and creepy puzzle.

Conversely, the low points come when you're forced to participate in a handful of action sequences. In one, you're hiding from a monster that spawns game-over in case it's too close. Eventually you realize that you have to find a particular object - one, it should be said, among a dozen nearly identical objects scattered in adjacent rooms - and use it in a specific spot. The only clue that is given is a comment Pierce makes when picking up the correct item, noting that this "looks different somehow".

Insisting on these few low points can seem overly harsh; after all, they represent only a small part of the whole game. However, they are not merely a few moments in an otherwise solid game; they are, on the other hand, terrible pieces of title design that are totally inconsistent with everything else. Much of Call of Cthulhu is a perfectly balanced adventure game based on solid, if not trivial, point-and-click mechanics. And while it doesn't surprise with ambitious and creative puzzles, its central story is as haunting as it is consuming like a good Lovecraft tale. But then, like a nightmare creature, an action sequence comes out of nowhere and ruins the experience.

Call of Cthulhu
7.0 / 10 Soultricks.com
Buy it on Amazon.com
Available on PS4, XBOX One, PC
For

- A well thought out puzzle scene

Summary
Call of Cthulhu is a title that has many gameplay flaws that strongly affect the total quality of the title itself. However, the main plot is really well written, and will appeal to both fans of the genre and longtime fans of the writer from Provence.
gameplay
Graphics
Sonoro
Longevity
Final judgement
Destiny 2: Season of the Chosen review ❯

add a comment of Call of Cthulhu, our review