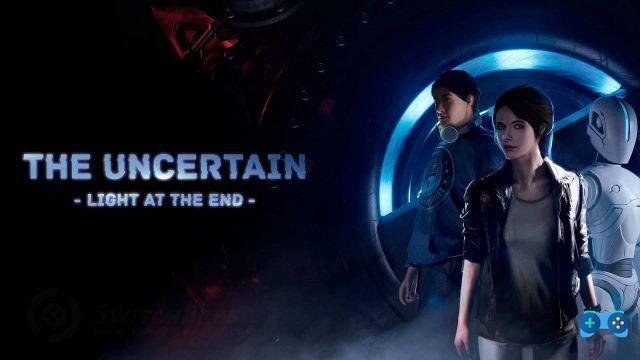 The Uncertain: Light at the End is the second chapter of the saga of the same name, follows Last Quiet Day, developed by  ComonGames LLC e Vertex Studio for Nintendo Switch, PlayStation 4, Microsoft Windows, Linux, Classic Mac OS, Xbox One.

Unlike the prequel, where our alter ego was the robot RT, this time we will play the role of Emily, in a world ruled and oppressed by automatons, with the human race now reduced to the end.

The will of our protagonist, to be honest, a little too similar in our opinion to another famous heroine, of another famous post-apocalyptic survival (someone named The Last of Us?), Will be to discover the truth behind this dramatic situation.

The gameplay is mostly comparable to a puzzle game: basically we will have to go from our base to places of interest, where to advance it will be necessary to solve logical puzzles, rather than mathematical, sometimes even a little nerve-wracking.


We will have to be careful to collect precious today in order to get to the final puzzle and usually once solved we will return to where we started.

The rare shooting phases are reduced to cinematic and in the small environments where we can interact, the path is always almost strictly scripted.

Let's start by saying that, although it is not a very large production, as far as we are concerned, a point in favor is the localization of the subtitles in Spagonolo, while for the spoken we will have English available.

How long The Uncertain: Light at the End certainly not stand out for its originality, the setting is made with great detail and there is a certain attention to detail.

During our dangerous outings, we will be able to find various objects, photos, writings, etc., which bring us back to the world as it was before, providing sometimes melancholy and sometimes poignant details on the protagonists of these finds.

The puzzle games all in all flow without particular hitches, with a few small exceptions and are actually quite varied, imaginative and consistent with the setting in which we live.

The same graphic realization of all the various environments is very pleasant to see and discover and flows smoothly without uncertainties or problems of any kind.

The game mainly suffers from a strong feeling of dejà-vù with other famous and inflated post-apocalyptic themed productions. As mentioned above, the similarities between Emily and Ellie from The Last of Us, they are many: starting from the names, ending with the physical and partly also character aspect.

The gameplay does not help much to raise the situation, all in all smooth and pleasant in itself, it becomes repetitive after a while; in any case it must be pointed out that in about 5 hours you will be able to complete the story.

The setting, however well done, falls too often in a fairly evident more of the same.

Graphically, if the realization of the environments satisfied us, we cannot say the same of that of the characters: the animations of the movements are clumsy and clumsy and the rendering of the faces is plasticky and very little expressive (in some dialogues the characters are even ventriloquists).

The Uncertain: Light at the End it is limited to being a spin-off of itself. Discreetly inspired puzzle game, in a successful and richly detailed setting, but too often redundant and losing against other more noble ones. The game immediately falls into a routine that will accompany us until the end, without ever taking flight. Given the short duration, we would advise you to take it when on offer.

add a comment of Brief Review: The Uncertain: Light at the End