Licensed titles have proved over the years not to be particularly valid, as they were unable to propose something concrete and appreciable; basically the intent was to "please" the gamer, offering a product with quality standards that ranged between mediocre and something barely sufficient. 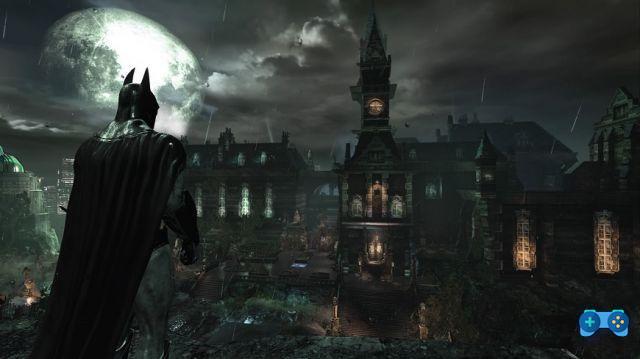 The "situation" changed when Warner Bros Interactive Entertainment has signed the partnership with the talented guys from Rocksteady, who have finally managed to churn out a licensed product that, barring a few defects, has been able to satisfy even the most avid fans of the Bat Man. We are in 2009, the year in which PS3 e Xbox 360 contend for the scepter as the best console on the market; among the various Uncharted, Gears of War, Metal Gear Solid and so on, in August 2009 it appears on shelves all over the world, Batman: Arkham Asylum, a game that (simultaneously with the transposition of the now much acclaimed "The Dark Knight" trilogy) shortly thereafter would finally give the Hero of Gotham the success it deserved.

The skill of Rocksteady Studios was that of not limited to implementing a videogame transposition of one of the films starring Batman, but to create, also based on the new protagonist played by Christian Bale, together with Paul Dini an unpublished script, which on the one hand practically drew on the immense DC Comics literature available and on the other hand went to rework the events and situations of the original stories. Thanks to the good success of Arkham Asylum, the sequel was released in 2011 Arkham City which has practically consolidated the success of the work done by Rocksteady and in 2015 it was the turn of Arkham Knight which not only brought the adventures of the Dark Knight to the current generation of consoles but also gave the right conclusion to the trilogy.

The collection that we are in our hands, renamed Return to Arkham, substantially proposes intact the wonderful videogame experience presented to us by the talented guys of Rocksteady. For the occasion, Arkham Asylum and Arkham City are back more sparkling than ever, thanks to a polished technical sector filled with all the contents released over time as exclusive skins and additional DLCs. We point out that the prequel of the series is missing in the collection in question Origins (also released on Nintendo Wii U) but not developed by Rocksteady. The lack (of the less successful chapter of the series), is almost certainly linked to a question of licenses, but for those who have not had the opportunity to play Arkham Asylum and Arkham City, this collection represents a great opportunity to recover two of the most successful games in the past generation of home consoles.

From Arkham Asylum to Arkham City

Batman has just solved a crisis caused by his historical nemesis, Joker, who took Gotham's mayor hostage, but then surrendered to the masked vigilante with virtually no resistance. In addition, a mysterious fire broke out in Blackgate Penitentiary, which forced the police to transfer hundreds of inmates, including many former Joker men, to Arkham Asylum. Batman, aboard the Batmobile, reaches the asylum with Joker as his prisoner and delivers him to the police, but something is wrong. The excessive ease with which he got himself caught and the recent Blackgate incident could be part of a bigger plan and so he decides to escort the supervillain to his cell with the Commissioner. James Gordon. Unfortunately, his suspicions soon proved well founded. Thanks to the collaboration of some corrupt within the Arkham staff, Joker made possible the Blackgate incident and the penetration inside the security systems of the asylum of his trusty assistant. Harley Quinn.

Joker stops pretending and attacks the guards who are escorting him to his cell, killing them; then freed, he can start his crazy plan, which, thanks to the help of other super-criminals such as: Bane, Killer Croc, Harley Quinn, Poison Ivy, Scarecrow and the Riddler, should lead to the killing of the Gotham vigilante. In a short time Joker manages to create total chaos: he generates panic in Gotham by spreading the news that he has scattered the city with bombs that will explode if someone else enters the island of Arkham, releases all sorts of madmen and traps for the asylum by mowing down guards and medical staff, destroys elevators and main entrances to the various sections of the asylum and has Commissioner Gordon kidnapped by Frank Boles, a corrupt guard. All of this seems to be aimed solely at isolating the territory of Arkham Asylum and distracting Batman, keeping him busy and distracting him from the real focus of the plan. The ending of the first chapter (which of course we will not reveal to you) was basically the forerunner to the sequel set this time in a larger location. 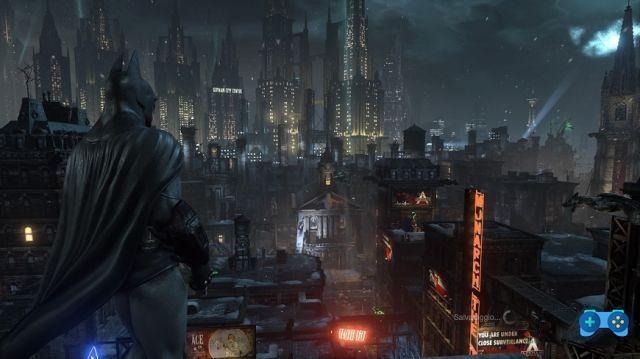 Eighteen months after the events of Batman: Arkham Asylum, the new director of the criminal asylum, Quincy Sharp, for greater visibility, he used the events of that night to take part of the credit for the heroic actions of Batman. In the following elections he was elected mayor of Gotham, giving way to his ambitious and controversial project to build Arkham City: the idea was to abolish the penitentiary facilities of Arkham and Blackgate, which over the years proved inadequate to contain the extremely dangerous criminal fauna of Gotham. , and to throw all the prisoners in a city-prison where they can be left to fend for themselves. To do this, Sharp cleared the neighborhood of old Gotham by building towering walls around it, thus separating them from the rest of Gotham's population. In a short time the prison was completed under the name of Arkham City, and all the most dangerous criminals in the city were locked up there. Such a provision obviously created a lot of discord in public opinion, especially when, as supervisor of the city-asylum, he was appointed Hugo strange, a psychologist with secret criminal backgrounds and an old acquaintance of Batman. Over the years Strange had developed a real obsession with the figure of the Dark Knight and had also discovered his true identity. This time the good Batman will have to contend with others and fierce super villains like: The Penguin, Two-Face, Ra's Al Ghul and many more.

More than just a remastering job

The remastering of the title was done by the team Virtuos, a team of developers who have already worked on titles of a certain importance (Heavy Rain in the PS4 version), turned out to be on the whole really neat and well done. 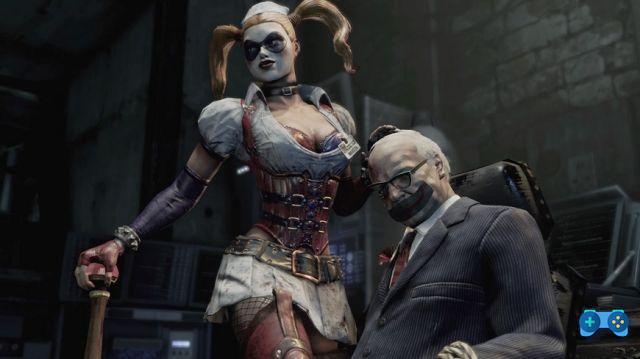 As mentioned at the beginning of this review, Arkham Asylum and Arkham City present themselves in a sparkling guise, although it must be said that the starting point, even today, is very solid. Furthermore, the transition fromU toU, has brought enormous benefits to the graphics of the title and the differences compared to the PS3 and Xbox 360 versions are very evident from the early stages of the game. The graphic renewal has benefited the textures which are more refined than in the past, also allowing a better management of particle effects (now the lighting system is more convincing) and shadows. Considering that these are titles released respectively seven and 5 years ago, the overall graphic impact is truly amazing.

As it regards instead the frame-rate, unfortunately it represents the real Achilles heel of both titles (certainly more markedly on Arkham Asylum), as it turns out to be too much of a dancer; in particular, son very evident drops in frame rate, not only in the most agitated actions, but also in the simple movements of our Hero (for example during the race you can notice some micro shots) and considering that in the previous versions, the 30fps were almost granite, the work done, at least under this point of view is practically to be reviewed. The situation is different for the characters, who, already at the time, from a purely aesthetic point of view, were well done and still today, the overall result is pretty good (especially for the more recent Arkham City); of course facial details feel the weight of age and adding that the new lighting system seems to lose some facial details that were more marked and evident in the original editions leads us to say that perhaps (also given the time dedicated to the conversion work), more could certainly be done.

The artificial intelligence is discreet, which appears to be almost the same; certainly having to face dozens of enemies at a time is not always easy, but thanks to the excellent combat system we will be able to get rid of them in a matter of seconds. Still very fascinating are the Boss Fight, (especially those against Poison Ivy and Ra's Al Ghul). The audio sector is excellent, remained unchanged and excellently dubbed in Spanish and the two soundtracks are wonderful that will accompany us during our two adventures.

This collection contains all the contents made available during the months following the launch; it must be said that these DLCs, taken individually, do not add anything special to the overall experience and certainly do not represent a valid motivation to buy (for those who have already played the two titles) Batman: Return To Arkham, but on the whole certainly they increase its longevity and enjoyment. As for Arkham Asylum the DLCs concern the four additional Challenge maps (Crime Alley, Criminal Nightmare, Completely Mad and Night Hunter), the number of extra content in Arkham City appears more substantial. Also in this case there are some new challenges, in which you will have the opportunity to use Robin, Nightwing and the charming Catwoman and to equip one of the alternative costumes to our Batman. Finally, the episode is present Harley quinn's revenge, which tries to give some small insights compared to what has already been narrated in the course of the main plot.

add a comment of Batman Return to Arkham review