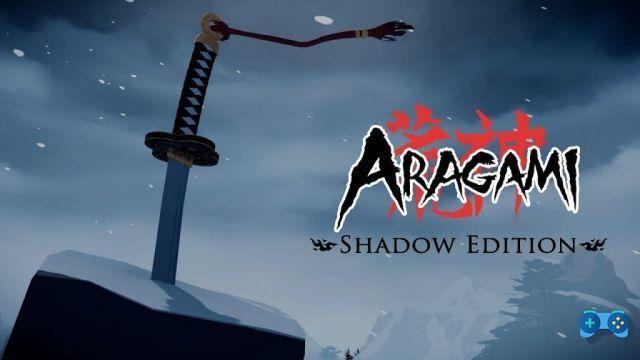 Ninja zombies, magic and stealth, what else?

The title comes from an idea of ​​the boys of Lynx Works, studio born in the beautiful Barcelona in 2014, consisting of a few elements.

The original name of the game was Twin Souls: The Path of Shadows, but we preferred to give the title the name of the protagonist, and to be honest it is more evocative.

The title of the protagonist, which sparkles Japan from everywhere, it is made up of two Kanji "Ara" which means violence e anger and "Kami" translatable as spirit o divinity.

Also the sword has a Japanese name, it is called in fact Hebi what does it mean serpente, as you will get it at a temple dedicated to Yamata-no-Orochi, legendary snake with eight heads and eight tails.

The Ninja protagonist of the game is brought back to life by an astral projection of Yamiko, a girl captured by Kaiho, an army of followers of the light.

The girl describes them as opressors who conquered the land after imprisoning the Empress of darkness. The girl asks the revived to free them, and to complete the arduous task, she will have to obtain six talismans.


Time is running out, however, in fact everything must be completed by night, otherwise as soon as the sunlight touches our protagonist, it will vanish.

Surely the incipit of the story is captivating, in general we are servants of the light and we fight everything that comes from the darkness.

The plot, well structured, will reserve you some particular twists.

From the first glance you understand that the boys of Barcelona they ate bread and videogames, in fact if the artistic style that leads back to is clearly visible Okami e Journey, will go unnoticed by some that the style of play remembers very much Styx, an interesting stealth-based title.

During the game you will control Aragami, a ninja with an unknown past, summoned for an important mission.

You will in fact have to face thirteen open-world levels to reach your summoner and free her.

The title is based solely on the stealth, in fact as the representative of the shadows, you will have to join them in an indissoluble mortal embrace. The numerous powers with which the protagonist is endowed allow him to act undisturbed, respecting all the dictates of the Ninja.

Knowing that stealth is not for everyone, in fact, the patience to wait for one's target in the dark, carefully observing the pattern and planning the attack strategy might seem boring. So the developers have well thought of allowing you to draw sword and magic in defiance of the Ninja code.


The embroidered cloak that surrounds you shows your "Shadow Essence"(Clear reference to Journey).

You will consume Essenza when you use yours dark powers, As the teleportation or when you expose yourself to the light.

Like a real God of death o Shinigami to stay on the subject, your only aim is to eliminate the boss of the area, any other enemy you kill is just one more notch in your sword.

But if you want to get rid of enemies, you have to keep in mind that it will not be an easy task. In fact beyond the normal swordsmen that you will find very often in the game and can be killed very easily, you will meet much more challenging enemies, such as archers and guards surrounded by torches, the latter will eliminate you in one fell swoop.

You will have to be careful in both cases though… in fact like any other stealth-game self-respecting, every little aspect of a stranger presence will make the guards more suspicious.

In fact if the guards during their patrol they will find a corpse, they will blow a horn and invite others to actively seek you out, yesand one of them identifies you, pay attention, they have only one purpose ... kill and they will do it in one fell swoop if you give them the chance.

Despite Aragami is very experienced can still learn something new, in fact during the exploration of the levels you will find gods rolls, can be used to unlock numerous skills, as: invisibility (Though temporary) or the very useful one of make disappear the bodies that you will leave during your passage.

Le Techniques they are much more powerful, but they can't harm the bosses e you can only use them one at a time, even if they are interchanging them at any time.

The Sanctuaries scattered in the various levels will allow you to recharge the equipped techniques.

The developers chose the cel-shaded as a graphic style, recalling many Japanese titles, one above all Okami, certainly does not reach the same artistic levels, but somehow it gives the idea.

As for the soundtrack, the work is done very well by the composer duo Elvira Bjorkman, Nicklas Hjertberg and the quartet You will see String. Their music will immerse you fully in this adventure between blood and revenge.

The game came out inOctober 2016 to Linux, PC, OS X e PS4, we have tested for you Aragami: Shadow Edition which has brought to light what is certainly an interesting title dedicated to those players who love the stealth genre.

This expansion includes the Nightfall DLC, extending the game to owners of Xbox One.

A new adventure in the shadows

Nightfall is in fact a prequel that sees Shinobu e Hyo, two members of the Clan of Shadows, embark on a mission to free Yamiko from the clutches ofAlchemist, a magician funded by Clan of Light.

Although the game mechanics are unchanged, some innovations have in fact been introduced, for example we will no longer have to collect scrolls to acquire new skills, in fact you will start the adventure with everything already unlocked.

They are added anyway new skills, In fact you can detonate the kunai or throw one Shadow Grenade, which will aim to make you lose sight of the enemies.

Among the innovations introduced, we cannot fail to mention the ability "Twin Shadows" skill that will make you summon your comrade in arms and perform extraordinary stealth kills, this particular addition is very satisfying when used in the online cooperative mode, as it will be necessary to synchronize every single movement.

Unfortunately, the answer is no, most of the game presents the same problems of the previous chapter, the graphics sector should however be excluded from the count, as the funds available to the team are not very many.

This factor depends on how you approach the game, whether you stick to the Ninja code and stealth or go against Hollywood-style enemies.

The duration of this expansion is around 2 hours, you will lengthen the experience if you try to collect all those hidden collectibles. 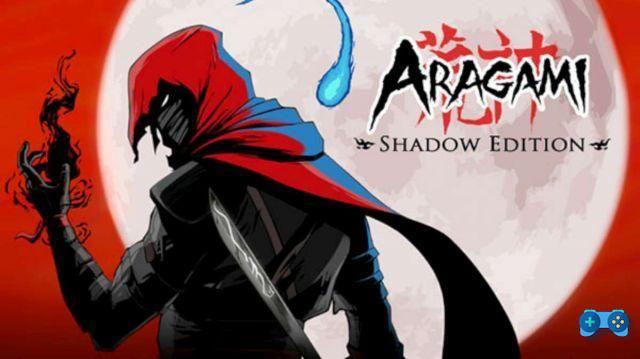 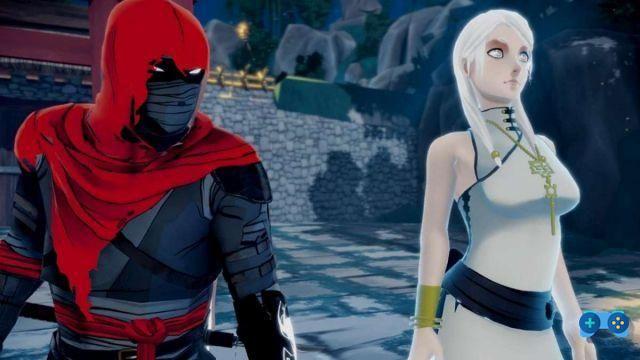 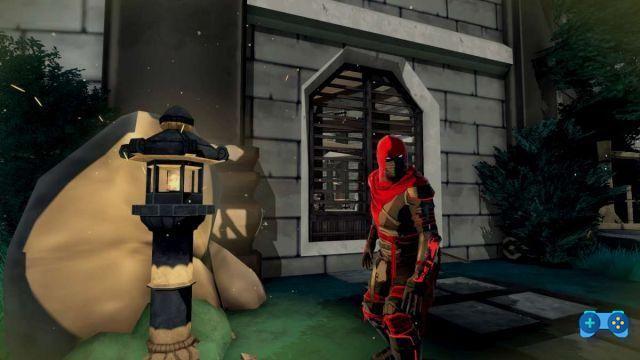 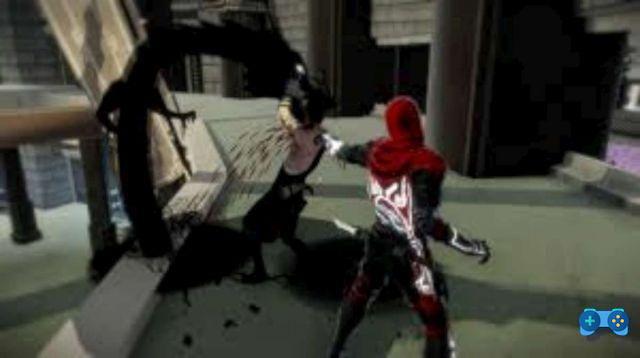 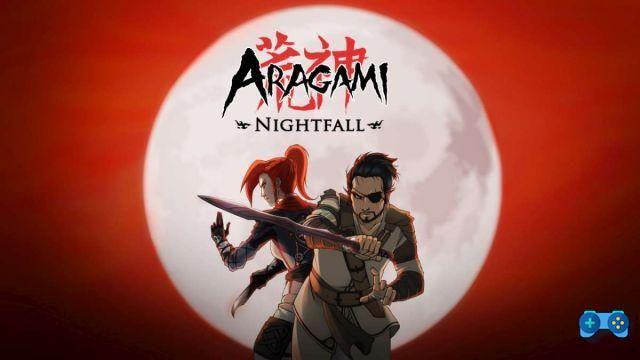 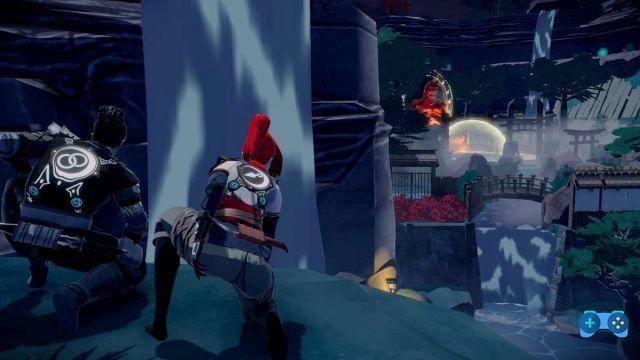 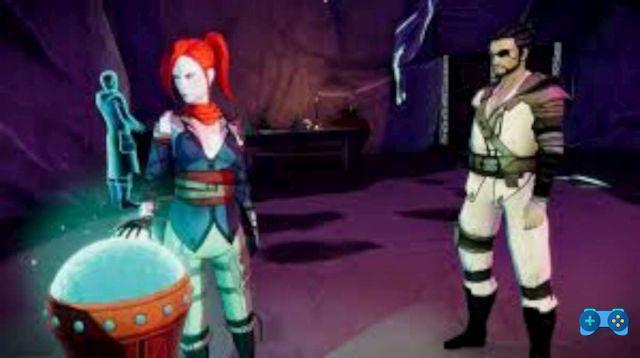 - The DLC is too flat

- Some skills are not well balanced

Summary
Aragami is what any old school gamer looks for in a stealth game, few frills and healthy strategy. The plot of the main adventure proves interesting and enriched by some twists. The duration of the title, which is around 10 hours, makes the game a recommended experience. Mention of merit for the audio sector, which gives a unique immersion. The Additional Content deserves a separate discussion, despite the revival of many of the mechanics appreciated in the main-game and some defects, Nightfall proves to be a product with reduced content, the choice of characters at the beginning is irrelevant to the rest of the game. However, the introduction of a cross-platform cooperative mode that will definitely improve the gaming experience is appreciable.
gameplay
Graphics
Sonoro
Longevity
Final judgement
Do you want to complete all the achievements and trophies and know all the tricks, guides and secrets for your video games? SoulTricks.com is a group of video game fans who want to share the best tricks, secrets, guides and tips. We offer the best content to be a source of useful information, so here you can find guides, tricks, secrets and tips so you can enjoy your games to the fullest. Are you ready to get all the achievements of that game that you resist so much? Enter and enjoy your favorite video game to the fullest!
Realme 8 Pro, with 108 megapixels and night timelapse is BEST BUY ❯

Lords of the Fallen review

Add a comment from Aragami Shadow Edition - our review