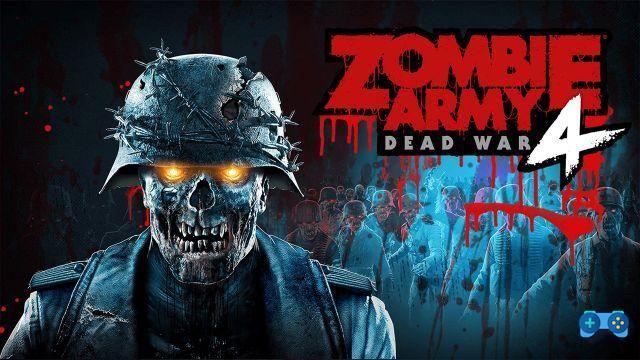 Hunting for zombies during the second world war.

The Zombie Army series was born as sSniper Elite pin off in 2013, with the release of the stand alone expansion of the second chapter, titled Sniper Elite: Nazi Zombie Army. In 2015 a trilogy was released containing the two stand alone DLCs of Sniper Elite V2 with a zombie theme plus a third unreleased chapter. Now, in 2020, the series tries to make a qualitative leap, breaking away from the main vein with Zombie Army 4: Dead War. At least in intentions. 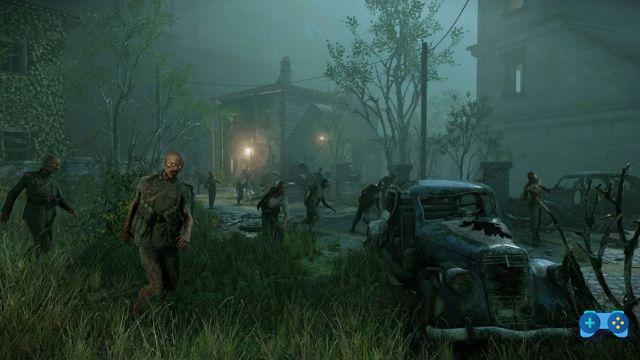 In fact, the reality is a bit different. The feeling of the game is basically identical to that of the main series, with all the flaws that this entails translated into a more action context. In fact, if in Sniper Elite stealth phases alternate with others of tactical shooting, here, especially in the first hours of the game, everything is reduced to a minimum in terms of continuous hordes of zombies to be exterminated.

Although Zombie Army 4 tries in various ways to encourage us to use the sniper rifle, very often we find ourselves preferring more direct and rapid weapons to take down the undead who come to meet us en masse. This involves not only the almost absence of the slow motion / X-ray effect typical of Sniper Elite, but also a substantial inadequacy of the controls to the situation. The control and aiming system is in fact woody and slow, as well as fundamentally obsolete.


None of the weapons available in our arsenal has been able to fully convince us. The whole shooting system, from sniper rifles to smooth-bore ones, from pistols to machine guns, is really too plastered, unsatisfactory.

Zombie Nazis: the fair of banality

If from the point of view of pure gameplay Zombie Army 4: Dead War offers nothing 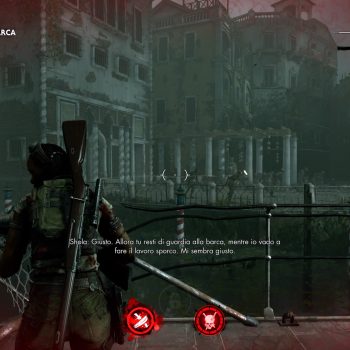 original, nothing different can be said unfortunately regarding the plot. From preamble now quite overused, but the staging is not of better quality. In fact, almost nothing happens for a good part of the duration of the campaign, which takes us for a walk among other things for some Italian cities. And in this context there are certain stereotypes of the “mamma mia” series that we found very funny for the narrative register that the game adopts.

The progress passes from one horde of zombies to the next, interspersed with the collection of some device and the defense of some mechanism as it is operated. All seasoned by some boss, sometimes successful, others much less. Clearly it is a work that wants to be light-hearted and entertain without too many pretensions, and it is undeniable that to some extent it succeeds. In particular with certain more or less veiled quotations that tear a smile.

The general impression remains that the title is limited to carrying out the homework, recycling gameplay and assets but also narrative ideas and narrative rhythms. While it is true that Zombie Army 4 is all about a no frills fun, it is also true that it would have been legitimate to expect a greater productive and narrative commitment. Positive aspect of the game is his level design, which in several points surprises for its multiple streets and its breadth, without ever exalting anyway. A value that stands out in one generally sluggish production.


And on the technical front?

From a graphic and sound point of view the game certainly does not shine, but it is not bad either. In recycling the entire sector from Sniper Elite 4, Zombie Army 4 does not stand out particularly, reusing an aesthetic that already in 2017 did not leave a miracle. Stay anyway overall a nice game to watch, capable of handling even on PlayStation 4 smooth a fair amount of zombies on the screen without great uncertainty. On the pro version of the Sony console the game also offers the possibility to choose between 60 fps and higher visual quality.

In the audio aspect, Zombie Army 4 reuses nicely all the clichés of light-hearted horror, with a soundtrack that is never too invasive, but which still manages to create the right atmosphere. The sound design is also taken from Sniper Elite 4 and is not exactly cutting edge. Especially when compared with what has been seen in other shooting titles, the sound of the shots and reloads could certainly be recreated in a much more faithful and realistic way.


Regarding the dubbing it must be said that the title presents very few occasions in which this can be appreciated. Most of the dialogue is in-game, often in agitated phases of the action. This will often lead the player to overwhelm the characters' words of little use with blows. All the more so in the absence of a Spanish dubbing, having to follow the subtitles.

Is fun synonymous with zombies?

No, obviously not. But it is probably synonymous with Cooperative mode. If in general the title of Rebellion is a really lazy production, it must be recognized that the possibility of being addressed totally in co-op it definitely raises its value, or at least the potential fun that the game can guarantee. Not only the campaign, however rather long for a title like Zombie Army 4, can be totally played together with three other friends (or strangers). But also the nearly infinite horde mode with its four maps it is playable in co-op.

If it is therefore true that the title is limited to a substantial recycling of both gameplay elements and narrative clichés, it is undeniable that it still manages to entertain. On the one hand, thanks to the co-op mode which, like black, looks good on everything. On the other, thanks to a B-movie soul in horror sauce discovering aItaly of the 40s quite stereotyped and full of quotes.

We cannot reward a production that aims at saving, but we must recognize that the overall formula, however unoriginal, is fun and enjoyable. On the other hand, what can and must be criticized is certainly the price of the ticket. Zombie Army 4: Dead War is still little more than a stand alone expansion. However it comes sold at full price complete with expansion passes in game costing an additional 25 €. It would certainly have been appreciable, given the type of experience, a lower price, or at least a solution that included the possibility of sharing the expense with (at least) a friend, to favor a cooperative experience.

Summary Zombie Army 4: Dead War is a product that is already seen and not very modern. The result of a lazy development that in various respects has relied on recycling, it still manages to entertain thanks to its deeply arcade soul and totally absurd situations, especially if played in a group
Do you want to complete all the achievements and trophies and know all the tricks, guides and secrets for your video games? SoulTricks.com is a group of video game fans who want to share the best tricks, secrets, guides and tips. We offer the best content to be a source of useful information, so here you can find guides, tricks, secrets and tips so you can enjoy your games to the fullest. Are you ready to get all the achievements of that game that you resist so much? Enter and enjoy your favorite video game to the fullest!
Outriders - Guide: how to repeat all missions ❯