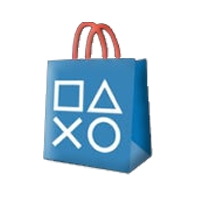 Sony Computer Entertainment announces that starting from tomorrow the owners of WipEout 2048 to PS Vita will have the opportunity to purchase new content for futuristic combat racing. Sony has released a number of expansions dedicated to Wipeout HD e Wipeout HD Fury.

The DLCs will be released starting June 20 and will allow all users to experience the entire single player campaign of the two titles available on PS3, and to compete with all PS3 Drivers from around the world.

Below I leave you to the details of the three packs available on the PS Store starting tomorrow:

Thanks to Cross-Buy, you buy once and play twice as much

For players looking for fast-paced futuristic races, expansions are on the way WipEout®HD e WipEout®HD Fury to WipEout®2048, which will make this content available for the first time on PlayStation®Vita (PS Vita). Thanks to Sony Computer Entertainment Europe's (SCEE) Cross-Buy feature, those who have purchased these expansions for PlayStation®3 (PS3) will be entitled to download PS Vita versions for free so they can play anywhere, anytime of the day.

The Cross-Buy feature gives users the ability to purchase a product once and play it on multiple platforms: PS Vita content will be absolutely free for those who have already purchased the same for PS3 on the PlayStation®Store. In turn, players who have purchased PS Vita content will be entitled to play the respective PS3 version for free. A selection of PS Vita games that support Cross-Buy functionality are already available, including Hustle Kings ™, Top Darts ™, Motorstorm® RC and now WipEout®2048.

WipEout HD, the PS3 incarnation of the WipEout series, is currently available completely revisited for PS Vita under the title of WipEout 2048 - WipEout HD Game Pack, at a price of € 7,99. With 12 new tracks to race on (including 8 in Inverted mode) and 12 new ships to master, this pack will test the skills of those who have already experienced the thrills of WipEout 2048.

WipEout fans will be able to access all this content by purchasing the WipEout 2048 full game pack for € 12,99 which includes the original WipEout HD for PS3 and expansion WipEout Fury, revisited for PS Vita. With 24 tracks and full access to 24 ships and four zones, this is the expansion for anyone who wants to experience the thrill of a complete, uncompromising thrilling race.

Players who purchase any of these PS Vita content will also have the right to play it for free on PS3. After purchase, simply go to "Downloaded Content" within the PlayStation®Store and you will find the product ready for download.

Cross-Buy also works the other way around. The WipEout 2048 full game pack for PS Vita is absolutely free for those who have bought it from PS Store and own it WipEout HD e WipEout HD Fury for PS3.