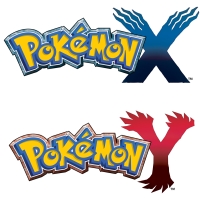 The new Mega Evolution of Charizard available only on Pokèmon X

Pokémon X e Pokémon Y, out on 12 October on Nintendo 3DS, are probably the most anticipated games of the moment. As from time to time the series Pokémon it is accompanied by a sense of hype that precedes the not indifferent release and the wait is alleviated by a continuous cycle of news like the one we deal with in this article.

We leave you now to the trailer, an image of the Pokémon and the press release:

Last month we announced that Charizard, the favorite Pokémon of many fans, it can mega-evolve during battles, a privilege that belongs only to a few Pokémon, thus reaching extraordinary power in Pokémon X and Pokémon Y, the two video games for Nintendo 3DS to be released worldwide on October 12. The surprising news is that Charizard can evolve into Mega Charizard X or Mega Charizard Y, depending on the Mega Stone he has with him: the Charizardite X or the Charizardite Y. When Charizard evolves into Mega Charizard X, its body turns dark and its flames turn blue, intensifying its heat. Also, while Charizard is a Fire and Flying type Pokémon, the Mega Evolved Pokémon changes its type to Fire and Dragon!

Today, however, MegaCharizard X was presented for the first time! To Mega Evolve, you need to obtain Charizardite X in Pokémon X. Consequences of Mega Evolution are greatly increased Attack and the ability. Fingernails, which enhances moves that involve direct contact. This ability is very useful when MegaCharizard X uses Codadrago, a Dragon-type move that, in addition to inflicting damage on the target, forces him to be replaced, thus abandoning the fight.