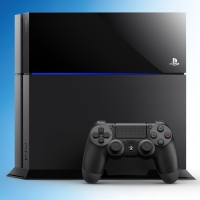 While the RLOD is now famous enough that he hardly needs any more explanations, PlayStation 4 adapts to the Christmas atmosphere by showing us different lights for every occasion: today we present the problems connected to Blinking Blue Light.

The persistent flashing blue light (already renamed by the network BBLOD) is a phenomenon that has been reported in these days by several users of PS4 owners on the North American support forum. The moderators have thus decided to explain the causes. 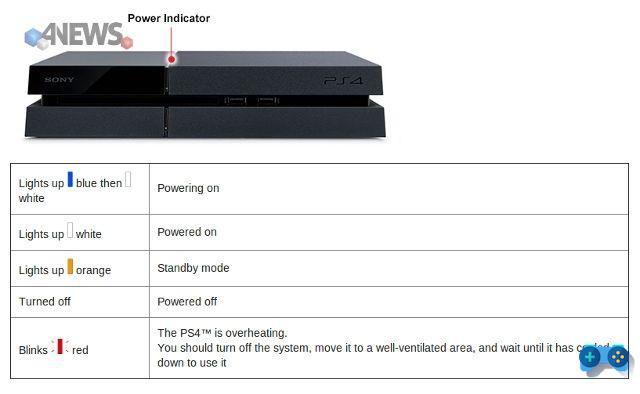 As you can see from the image, the blinking blue light should be a temporary state of the console indicator light which, once turned on, should show a solid white light. If this does not happen and at the same time other symptoms are noticed such as no video or audio signal to the TV and / or turning off the console itself after the flashing blue light, it means that our console could be afflicted by one of the following problems (in the post they were listed only the most common and easily solved):

1) compatibility with your TV or HDMI cable malfunction: Some users solved it by updating the TV's firmware or using a different HDMI cable. It is also suggested to check the status of the HDMI ports of PS4 and TV.

2) problems with the power supply: turn off the console completely (press and hold the power button until the second beep); disconnect the power cable only when the console is completely off to avoid damage to data and / or to the system itself; check the correct functioning of the cable (trying a compatible cable such as the PS3 one), of the electrical outlet and if the AC IN input seems damaged.

3) problems with the internal hard disk: after turning off the console and disconnecting the cables as described in point 2), it is necessary to slide the upper glossy cover outwards to access the hard disk compartment; removed the only fixing screw, check the status of the HDD and if necessary replace it with a compatible one (over 160GB capacity and maximum thickness 9,5mm).

4) problems installing software: If the problem does not seem to be related to the previous three points, try starting the console in safe mode. To start Safe Mode, with the console off, press and hold the power button for 7 seconds, until a second beep is heard (the first will be heard when the button is pressed); then connect the controller via USB and press the PS button. The options available in safe mode are:
- restart console: terminate safe mode and restart the PS4 system normally
- change resolution: when restarting the console will display a screen resolution of 480p
- Update System Software: Update the PS4 system via the Internet, USB device or disc
- restore default settings: restore the PS4 system to its default factory settings
- rebuild database: scans the disk and creates a new database; it can take a long time
- initialize PS4: deletes all user data and configurations, returning the PlayStation 4 system to the conditions prior to the first start of the console. It does not affect the System Software (firmware).

- initialize PS4 (reinstall System Software): same as previous option; in addition it requires the connection of a USB device containing the System Software to proceed with the reinstallation of the firmware (HERE are the instructions to download the firmware on USB).

If none of the solutions proposed succeeds in fixing things, it is advisable to contact PlayStation customer service providing the following data: symptoms encountered, brand and model of the TV, shop where the console was purchased, steps attempted to solve the problem.

Do you want to complete all the achievements and trophies and know all the tricks, guides and secrets for your video games? SoulTricks.com is a group of video game fans who want to share the best tricks, secrets, guides and tips. We offer the best content to be a source of useful information, so here you can find guides, tricks, secrets and tips so you can enjoy your games to the fullest. Are you ready to get all the achievements of that game that you resist so much? Enter and enjoy your favorite video game to the fullest!
Mortal Kombat Arcade Kollection Review ❯

The Last of Us part 2, when will i get my copy?

GTA Chinatown Wars has a date on PSP

God of War HD, the first chapter free today for Playstation Plus users