After the last great episode, which glued millions of gamers to the two screens of the Nintendo DS, the cute characters of Animal Crossing are back: this time on Wii and with a new peripheral!

Albeit the dull conference Nintendo E3 gave us only a few minor announcements in favor of insights on what we had already seen and presented months before, we cannot but be satisfied with the information leaked by the Kyoto company regarding its Animal Crossing. 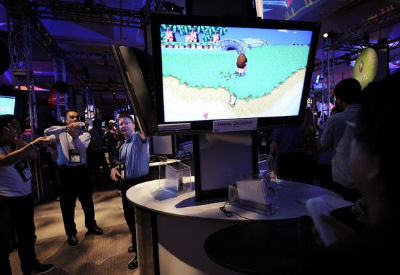 During the American conference, none other than the game producer Katusya Eguchi, interviewed some time before the event, spoke. If until now the owners of Nintendo Wii, thanks to the experience obtained with the Live service offered by Xbox 360 and Playstation 3, have complained about the little care taken by Nintendo regarding the console's online service, we can immediately say that yes a step forward is taken. This step concerns the communication system between users, this time offered by two new peripherals, a microphone and a keyboard, which we will talk about later.

Lots of things to do

For the uninitiated, Animal Crossing is a saga that began, on Nintendo 64, in 2001 in Japan (under the name of Animal Forest), immediately managed to grab a large group of fans. The game structure is very simple and does not impose specific objectives: the player is given a world to explore, a house to furnish and a nice alter ego to "customize" in order to build his own social life. A bit like it also appeared for example with My Sims. The plot exists but it is more linear than one might think, so much so that perhaps it cannot even be defined as a plot: our protagonist decides to move to the city and once he arrives it will be up to him to familiarize himself with his fellow citizens, to participate in competitions or events, to get food and so on. Unlike the Nintendo DS episode, Wild World, this time Animal Crossing, offers the possibility of living in a town, as the subtitle City Folk testifies. 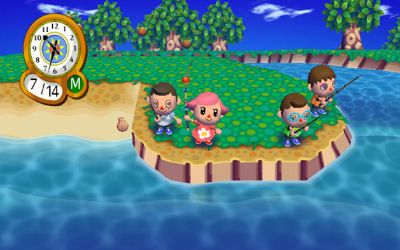 As said at the start, there are no objectives to pursue and complete, Animal Crossing is a nice life simulator, worthy of the best The Sims, which each time contains a deep experience capable of thrilling and making you smile. The most important feature, in fact, lies in the many things to do, just like in real life. Choosing the house in which to live, for example, you will continue to pay the mortgage in installments, or otherwise, in order not to starve our funny character, we will have to go to one of the many shops and buy some food. Shops that do not only concern culinary specialties, but that range from the care of the hairstyle to the care of one's look, even passing through the furnishing of one's home. 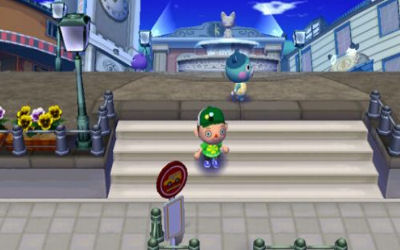 But don't think that Animal Crossing is made up of only an urban aspect, on the contrary, outside the city we could socialize along the banks of a river, meet animals in the thick woods or even better wander around a small village located near the town. All seasoned with a system that relies on the internal timetable of the console and therefore divides the days over 24 hours. It will then happen to admire the stars (perhaps even constellations) during the night while we wait for a gift, hanging from a balloon, to arrive near us; in this case it will be necessary to take the sling and aim the balloon to take possession of the package. 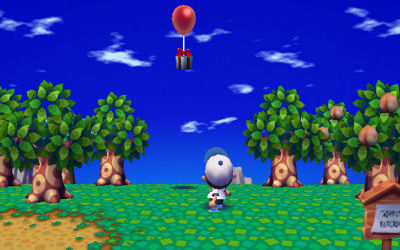 Returning to the previous speech, it is unknown whether the game will exploit the weather channel and therefore render fidelity to the weather conditions of the moment. In addition to visiting shops, we will also have the opportunity to interact with the post office (useful for receiving and exchanging messages), with the auction room (where you can sell clothing and furnishings in possession) or even with the mayor's office, just to mention some. It is also interesting to be able to take pictures of your village to send them to your friends later. Every day that passes then, we will participate in festivals, competitions (like that of fishing) or events, without forgetting that the city museum is constantly looking for fossils and insects for which it is willing to pay a substantial price. 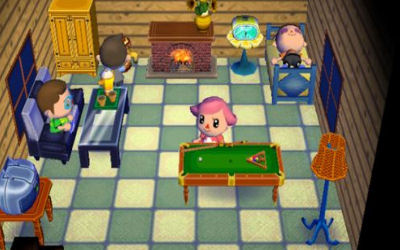 Live on the net

If you remember correctly, Animal Crossing Wild World brought one of the most curated online modes ever to the Nintendo handheld to the DS. The possibilities were endless and in addition to exchanging messages with other users (always under close exchange of friend codes) the fun continued in search of fossils and so on together with three other people, in one of the four users' villages. Even in Animal Crossing City Folk, Nintendo does not disappoint expectations and indeed, perfects what is offered with the previous episode. Although Nintendo has not revealed great details (apart from the confirmation of friend codes), we only know that encounters in your village will still be present. We also hope not to review once again the communication problems between users who use Fastweb as a provider. 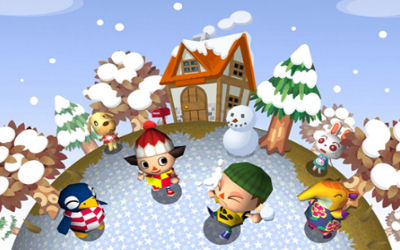 The most important news, however, is undoubtedly the Wii Speak, the new microphone made available by Miyamoto & co. for this new title. The Wii Speak differs in all respects from headsets that can be used with Microsoft and Sony home consoles. It is in fact a ambient microphone which will find its housing just below the television above the sensor bar and which will connect to the Wii via a USB port. An excellent device that will allow you to chat with your friends along with other people around you. 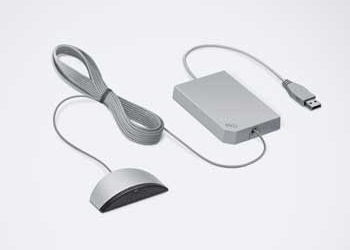 The fear of hearing the noises coming from the television speakers is almost skyrocketing, but Nintendo has reassured gamers that the microphone is capable of eliminating such noises and making communications more than fluid. At the moment we do not know if this accessory will be included in a bundle with the game (a bit like it happened for the Gamecube version that had a memory card as an attachment). 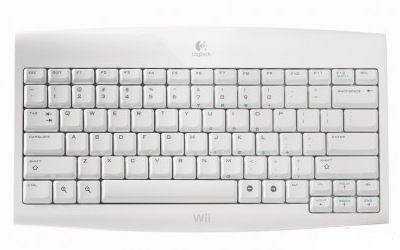 Animal Crossing will also bring a new update that will allow you to use any USB keyboard with the game: Logitech wasted no time in announcing a very comfortable keyboard, branded Wii, which will arrive in stores in August.

The only thing that has not convinced us of Animal Crossing City Folk is unfortunately the technical sector. If the musical motifs will bring a few tears to the nostalgic fans, the graphics engine, albeit fluid, does not differ much from what we saw three years ago on the old Nintendo cube. Even the gameplay does not promise great news as no support for the Wii Remote accelerometers seems to be expected in favor of the push of a button.

Perhaps it is still early to leave comments, but this Animal Crossing is undoubtedly the most anticipated Nintendo made title for the end of 2008. The game nature seems unchanged compared to its predecessors but in the end, why modify a game that gives years of passion and excitement of sales and emotions to no end? The answer in Christmas time when Animal Crossing City Folk will arrive in European stores, after having landed on American soil, on November 11th ...