Back 2 The Past - Warm up your engines, today it's Mario Kart 64's turn 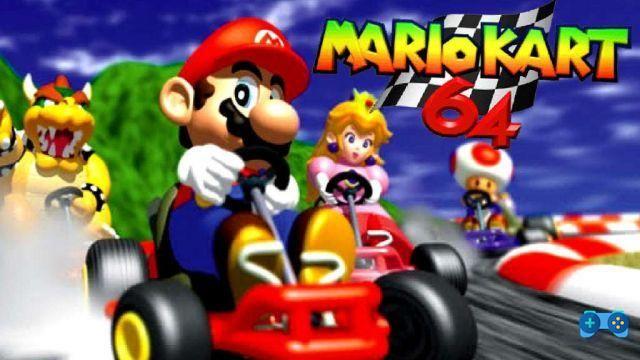 Last week, we put two of the most beautiful motorsport titles released on the Nintendo 64 face to face. It was an exciting race, until a few days ago the two games were still at 50%, but in the end the mustachioed got it right. plumber, he always succeeds.

A bit of history…

Mario Kart is one of the luckiest series of the “Big N”. This is a go-kart racing game (bikes have also been added since the Wii version), where victory is not an option. In fact, to get the coveted trophy you will have a large amount of weapons, taken from the Mario-verse.

The first title in this unique series, came out in 1992 on SNES under the name Super Mario Kart. It was an innovative game, which introduced for the first time a graphic system of rotation of the track, which was in charge of simulating a three-dimensional effect.

The next chapter (the one we are dealing with today) was released back in 1996 for the iconic Nintendo 64. The game has 16 tracks inside, all completely three-dimensional, while the characters remain anchored to the two dimensions.

The characters present in the game are only 8, all coming from the games that see the Nintendo mascot as the protagonist, and they are: 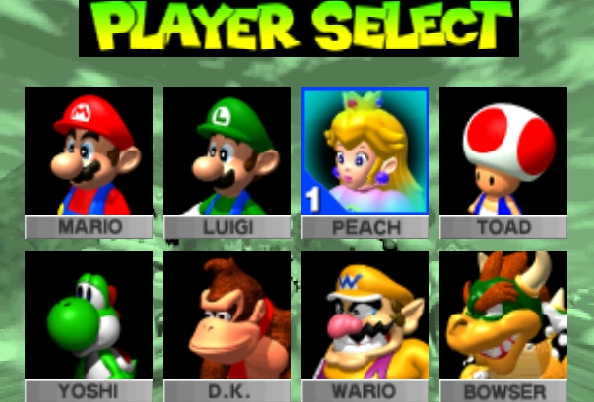 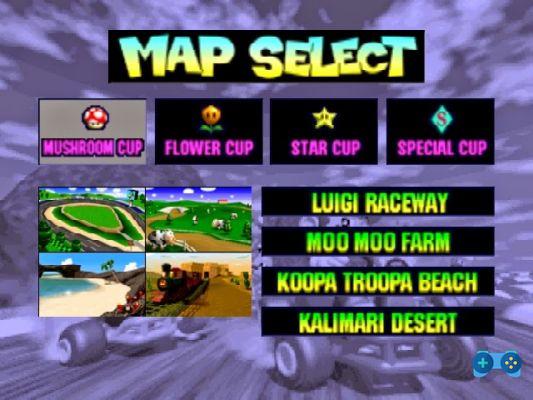 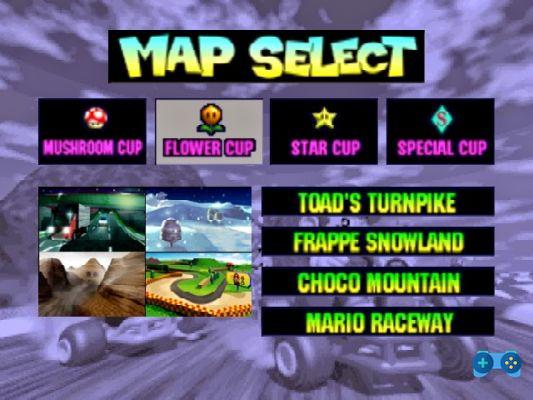 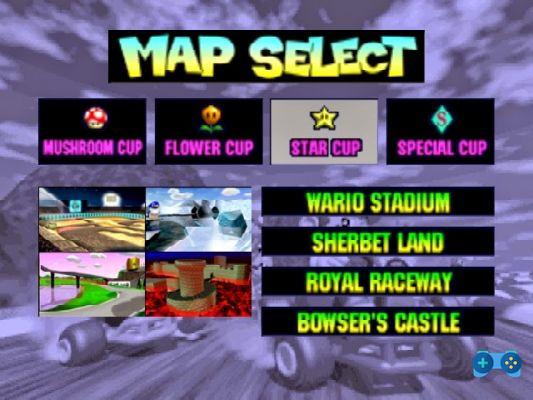 Yoshi Valley (this is the only track that hides the order of the players until the end of the race); 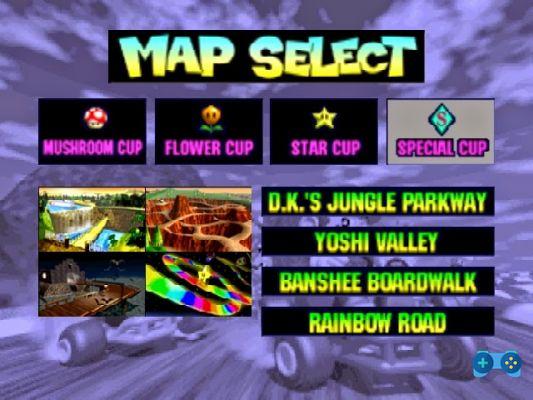 Upgrades: between shells, mushrooms and bananas ...

Winning the races will always require a certain skill, especially if you are against other players, but a good dose of luck is necessary, because during the race you will encounter transparent cubes, they will give you a series of power-ups to throw at the opponents.

Green Shell: They are green Koopa shells and have both offensive and defensive functions. The player can leave them behind his kart to defend himself or throw them at the opponents, in the latter case the shell will bounce against the walls until it has hit something, objects left by others, opponents or the same player who launched it. It also exists in the variant multiplied by 3;

Red Shell: The dynamic is more or less similar to the Green Shell, except that if launched, the Red Shell will not bounce around the track but will follow the player in front until it hits him. This upgrade also has its variant multiplied by 3;

Bananas: These are objects that can be thrown both forward and back and are used to slow down the unfortunate who will pass over them. There is also in the variant "bunch of bananas", an upgrade that seems harmless, but that will cause hatred and hatred in heated races;

Mushroom: We are in the Mushroom Kingdom on the other hand! These Mushrooms grant temporary acceleration (about three seconds). It also exists in the triple mushroom variant, which will provide you with the possibility of using the boost three times;

Golden Mushroom: This Mushroom has the unique ability to be used multiple times, until the upgrade expires (the timer will start after the first boost);

Boo: This is the typical ghost of Mario games, his job is to steal upgrades from other players and make the user invisible for a few seconds;

False Crystals: they are similar in all respects to normal crystals, the only difference is the question mark in the center, which compared to normality is placed the other way around;

Stella: The perfect weapon !!! Does the problem literally make you invincible? It always lasts too short…;

Lightning: Are you last and don't know how to get back to the top? The Lightning Bolt will shrink (you can also crush them) and slow down all opponents, a perfect opportunity for revenge;

Blue Shells: Talk about the most bastard weapon in the game, it has interrupted millions of friendships and sparked endless wars. This particular Blue Shell, has only one purpose, to take who is in pole position and all those wretches who will find themselves in front of them.

Apart from the Mario GP which corresponds in all respects to a Grand Prix with scores and all the rest, Mario Kart 64 also had a hilarious Battle Mode, which included battles at the last balloon. In fact, each player was equipped from the beginning with 3 balloons (corresponding to 3 lives), the main purpose was to "finish" the opponent before losing all the balloons.

Mario Kart 64 was the title that marked my childhood, I remember how it was now the long afternoons spent playing and insulting those who dared to finish first. I will never forget the wars unleashed by Bananas and Blue Shells, these historic battles between modern heroes are still recalled today.

Tell us on our Facebook page, your experience with this historic title.

We inform our loyal readers that Back 2 The Past will be back on November 8th.

Crash Bandicoot 4: It's About Time - How to get the Yellow Gem ❯

add a comment of Back 2 The Past - Warm up your engines, today it's Mario Kart 64's turn