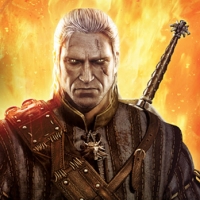 The fate of a kingdom in the hands of a witcher.

When the fantasy world meets that of video games, it is almost always a difficult marriage, which is born under the best auspices but which then ends up dividing, a little because the story and the narrative clearly prevail over the gameplay or vice versa. CD Projekt RED managed with The Witcher 2 in May 2011 to stand out among those who have tried this type of videogame choice, managing not only to churn out a good title but also to break through the noble Bethesda and BioWare, real masters in creating fascinating worlds with exciting stories.

From 17 April 2012, The Witcher 2: Assassins Of Kings arrives exclusively on Xbox 360 consoles in a revised and improved version called Enhanced Edition, which contains the various additional content distributed for PC users free of charge, for a complete gaming experience.

Will the team be able to make an already beautiful product better for the Microsoft console gamer community?

Do you want to complete all the achievements and trophies and know all the tricks, guides and secrets for your video games? SoulTricks.com is a group of video game fans who want to share the best tricks, secrets, guides and tips. We offer the best content to be a source of useful information, so here you can find guides, tricks, secrets and tips so you can enjoy your games to the fullest. Are you ready to get all the achievements of that game that you resist so much? Enter and enjoy your favorite video game to the fullest!
World of Warcraft Shadowlands: update 9.0.5 is coming ❯

Add a comment from The Witcher 2: Assassins Of Kings Enhanced Edition review