The Sinking City - our review 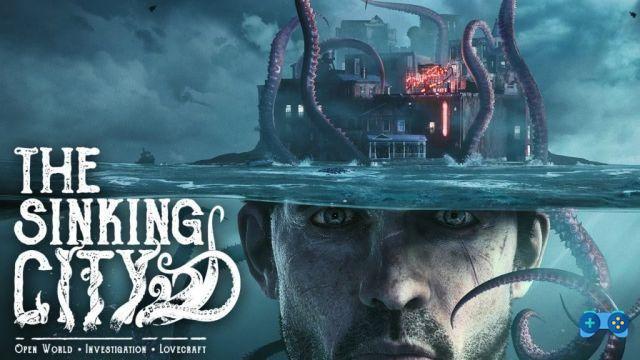 May the merciful gods, if they really exist, protect us in those hours when both willpower and the drugs invented by men fail to save us from the abyss of sleep.

The guys from Frogwares after working for many years on the interactive adventures dedicated to the good detective born from the pen of Arthur Conan Doyle, have decided to change author and try their hand at a video game linked to the works of Howard Philips Lovecraft.

Surely the project of the Ukrainian development studio is particularly ambitious, will they have succeeded in the enterprise?

Surely you have noticed, for some time (especially in recent years) the writings of the American author have been influencing the industry. Finally offering a new perspective on horror without limiting itself to the inflated and boring scare-jumps.

The Sinking City is a third-person horror / action-adventure / open world, which will see us take on the role of a private detective and veteran of the First World War: Charles Winfield Reed. The man is on a "mission" on behalf of himself as he is looking for evidence and explanations to his terrible visions, all of a sudden tied to the mysteries of the submerged American town of Oakmont in Massachusetts.

The title is entirely set during the 1920s, within the fishing town of Oakmont. It is a place not marked on the maps and only a few people know how to get there. The city has a long history with the world of the occult, its citizens, to say the least picturesque, do not hide the fact of resorting to such practices of blood.

Over the years, Oakmont has also developed its own dialect, quite far from the American language.

In the six months prior to our arrival, the city was inundated by a violent and supernatural flood, which submerged most of the streets, almost turning it into an island.

This flood would have brought with it horrible dark forces, in fact many of the citizens have encountered phenomena of madness / hysteria. Added to this is the magical reappearance of people outside the city reported as missing. The latter seem to be obsessed with the same visions that afflict our protagonist. Without forgetting the appearance of creatures with far from peaceful intentions. 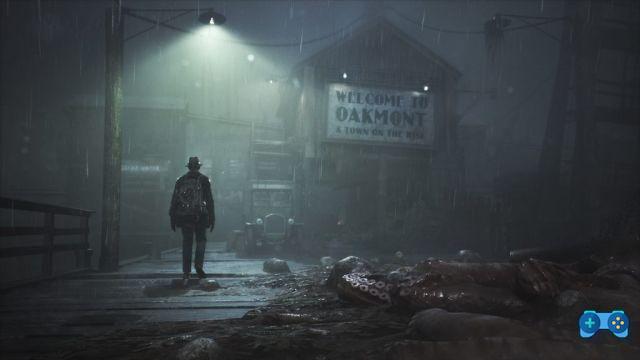 Our protagonist goes to this particular city after an exchange of letters with the intellectual Johannes Van der Berg, in fact in his last letter he invites the detective to visit it, as the terrible visions that torment him are the same ones that afflict the population of Oakmont .

The first "person" you will meet is Robert Throgmorton, a person who stands out for his connections and intellect, who will ask you to find his son, in exchange for information on what is happening to you and to the city.

Those who have bought or are willing to buy The Sinking City certainly will not do it for the technical sector, seen several times in the various trailers, but for the narration and sensations that only the works of the American author are able to spring.

From this point of view, the work done by the Frogwares guys is very good. Their passion for Lovecraft's writings is breathed in every dialogue, however, never shoddy in the banal. The storyline itself remains compelling and will be able to keep you glued to the screen.

The different areas of the sinking city are well characterized and differentiate themselves from the others, thanks to a good artistic work by the developers, although it is evidently visible that it is a low-budget production. In fact, the artistic and technical levels are not balanced, so you will be faced with a valid title, but anchored about 6 years ago.

Another positive aspect is connected to the system of collecting clues and the related reasoning on them, in fact it will offer you a fair amount of freedom, also freeing you from the concept of right and wrong. In fact, the game does not have a clear distinction between the purity of justice and the darkness of compromise, giving you the possibility to choose how to act.

The secondary missions, contrary to many other titles (even triple A), fit well into the narrative, without any kind of forcing. An aspect that instead disappointed us during the test of the title concerns the endings, in fact they will not reflect the choices you have made during your adventure in Oakmont, you will limit yourself only to choosing one of the three available endings.


As for the main missions, despite the superlative narrative they prove to be repetitive in the long run, making the gameplay woody and terribly old.

Another interesting aspect, but unfortunately left to itself, concerns the ability of our protagonist in the reconstruction of events, in fact it is too superficial and devoid of pathos mechanics. 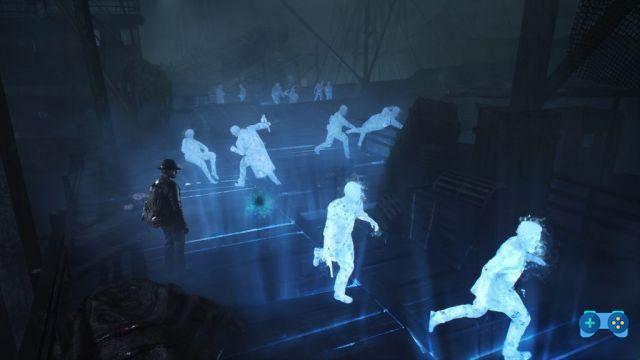 The Sinking City is a title able to surprise by connecting to the Lovecraft narrative, but its sore point remains the technical aspect.

The ambition to create an open-world world by the Frogwares boys ended bitterly, other aspects that turned out to be negative concern: the gunplay, the movement system and the animations, which are incredibly woody.

Unfortunately The Sinking City falls on that list of titles with some excellent cards to play, but bitterly thrown in the bin. Bringing an interesting game, but tending to boredom.

The Sinking City is one of the games that intrigued us the most this year. An inspired detective to the Lovecraftian works, targati Frogswares, fun to play, even if it's damn quirky at times. As of yesterday, the title is available on Nintendo Switch. The product keeps "almost" intact all the features of the PlayStation 4 version we tested, with the addition of some goodies, including the well-known handheld mode.

The Sinking City on Switch it loses a bit of glaze from a visual point of view, even if, as we had amply illustrated a few months ago, the work of the Frogwares guys does not shine from a graphic / technical point of view. Paradoxically, the switch to the Switch screen, reducing the resolution at 720p, actually helps hide some glaring flaws, including blurry patterns and poorly curated details.

In any case, on Switch, The Sinking City seems to present itself quite well. It's not beautiful to look at but it's not that bad either. A novelty of the Switch version is the ability to aim weapons using the gyroscopic controls. Usually, the writer finds this mechanic awful but in The Sinking City, it works quite well.

When playing in handheld mode, tilting the Switch up and down will move the reticle along the vertical axis. You will not be able to use motion control with the aim of moving along the X axis unless you are using the Pro Controller, Joy-Con or Joy-Con Grip.

The best way to play is by holding a Joy-Con in each hand. In this way, we will be able to use the Joy-Con of the right hand to control all movements and we will not have to move the left hand at all. However, the good news is that we can disable the motion controls.

We didn't notice much difference in how the weapons sound, although Frogwares says he worked hard to improve the experience.

In addition to the graphics, not exactly excellent, what gave us the greatest problems, were the loading times. On PS4, loading took a while, but on Switch it's noticeably longer - hopefully a patch will be released soon to fix the age-old issue.

Overall, however, the Switch version of The Sinking City is worth playing, especially if you are a fan of portable mode.

The Sinking City
6 / 10 Soultricks.com
Buy on Amazon.com
Available on PS4, XBOX One, PC, Switch
For

- A series of interesting and innovative ideas, but ...

- Good characterization of the game world

- Technical sector to be reviewed

Summary
The Sinking City is the ideal game for lovers of the Providence writer's works. The well-constructed narrative and a detailed environment, however, are not enough to save the game from the obvious smudges in the gameplay and graphics phase, these two factors in fact seem to have stopped a few generations ago. We recommend the purchase of the game after a slight price drop, we also hope that after this setback the guys from Frogwares will try again to offer us a title based on the genius of Lovecraft, perhaps with a larger budget ...
gameplay
Graphics
Sonoro
Longevity
Final judgement
Do you want to complete all the achievements and trophies and know all the tricks, guides and secrets for your video games? SoulTricks.com is a group of video game fans who want to share the best tricks, secrets, guides and tips. We offer the best content to be a source of useful information, so here you can find guides, tricks, secrets and tips so you can enjoy your games to the fullest. Are you ready to get all the achievements of that game that you resist so much? Enter and enjoy your favorite video game to the fullest!
Death Stranding: how to beat Higgs on the beach ❯

Add a comment from The Sinking City - our review