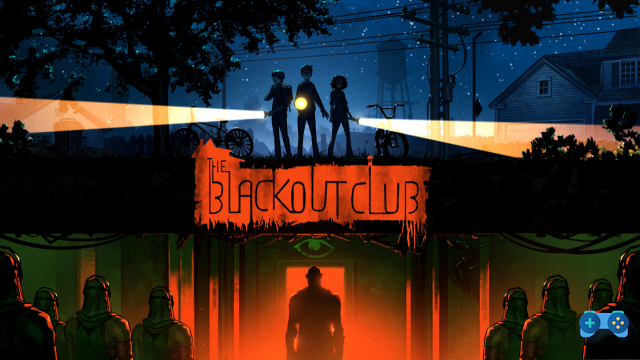 The Blackout Club is an interesting experiment that combines elements of the horror genre with a gameplay that is halfway between stealth and action. All built on a foundation first-person procedural co-op.

If you are wondering what this means in practical terms, you are not alone, but luckily for you I will explain it to you. The Blackout Club is a game based on the cooperative multiplayer. The title consists of procedurally generated four-player missions to complete. We impersonate a avatar created using an editor that goes up in level as you complete goals, unlocking new skills.

The whole is framed by a plot that winks at Stranger Things: A group of kids in a small US town, Redacre, discovers something paranormal which is happening overnight and adults don't want to believe. Every night the country's teens wake up to an alternate version of reality in which the adults themselves are transformed into zombie and persecute them. In an attempt to survive and find the cause of this mystery, the guys from Redacre join forces.

The interesting aspect of this story is that it wants to tackle the theme of parent-child confrontation. Of course, it is not the most original of the themes, but the way it is staged and approached is certainly new and interesting. 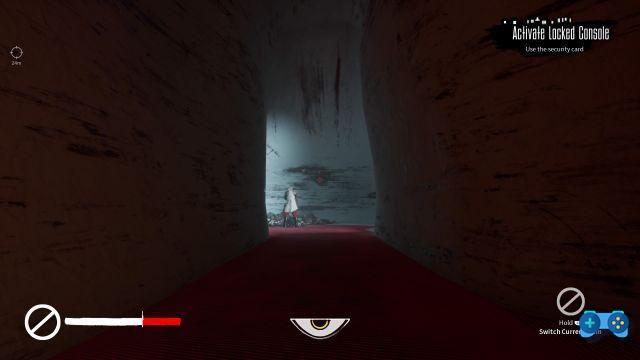 The game is explained to us by a tutorial level in single player lasting just under an hour, in which we impersonate a girl left alone by her parents at home, in detention. This is guilty of having improvised detective and making videos on the cell phone, annoying other adults in the attempt to prove bizarre theories. The girl wakes up alone in the house and is scared of a presence, which will lead her to flee underground, through a small cave. This tutorial takes us it also introduces an important mechanic: by closing your eyes you can see a hidden reality. Some messages written by a mysterious friend who guides us are revealed in the dark of the closed eyelids, the path to follow will be indicated by red footprints and we can see 'Shape', a disturbing enemy who hunts us and can only be seen with his eyes closed.

The narrative opening is interesting, well dubbed and, despite some technical limitations, manages to capture. It definitely represents the best part of the game. The problem is that the narration ends there, almost. As a game based on procedurally generated online cooperative missions, there is no real story to follow. 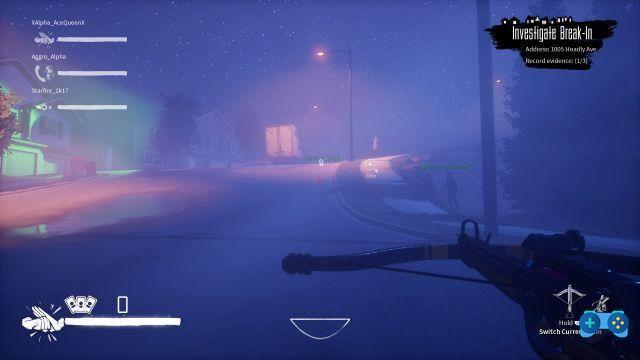 Once this tutorial level is done, The Blackout Club continues pretty flat with online levels where we find ourselves gathering evidence and defusing traps, avoiding the adults who roam the neighborhood looking for us, turned into zombies. As if that weren't enough, we are chased by thethe formidable form.


It must be said that in these online co-op missions they can be found some elements of lore to follow to learn more about the game world, but definitely this is not enough to keep the players glued. It remains thehuge lack of variety of the title, which is too serious a problem to be bridged with so little. All the more so in light of the fact that it is neither simple nor intuitive to deepen the narrative elements during online missions.

Redacre it is a very small city, and hosts all the missions that we will face online. Within three or four games you will already know it by heartcorner by corner, and the different position of the objectives is certainly not enough to make the game formula fun. At the same time it doesn't help the little variety of enemies. 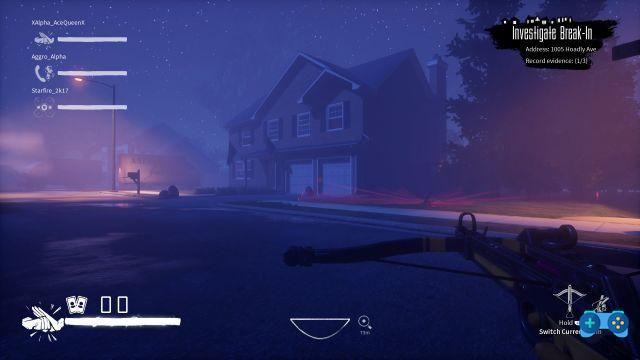 even Shape, that comes from an original idea, is moved by a 'not particularly acute artificial intelligence and it turns out at the end not very scary. Basic the idea that to see and escape this particular boss we need to close our eyes, facing the darkness and the intrinsic fear of the human being of not seeing what surrounds us, is interesting. However, in practice, the fact that the monster is slow and often gets stuck, not seeing us a few meters away from him, makes him an enemy that will soon not stimulate any fear.

The Form will come attracted if one of the players takes negative actions towards one of the zombie adults circulating in this alternative Redacre, to punish him. If this one gets caught, he'll find himself in one state of temporary death that only another player will be able to interrupt.

Gameplay: some flashes and a lot of already seen

The game, as mentioned, is in first person, and it's a mix of action and stealth. We can use a device chosen before the start of each mission, among some items such as an electric pistol or a crossbow, customize the build of our character by choosing from main and secondary skills that we have unlocked. As for the appearance stealth, the title retrieves a rather inflated system, but always effective, made famous by the first chapters of Splinter Cell. In The Blackout Club we have a visibility indicator and a noise indicator, which will help us understand how hidden we are and how silent.

from central hub of the game we can choose our tool and modify equipped skills, which are of two types. The primary are active and can be used in the game for particular actions; the secondary are passive and can increase the life, strength, stamina or similar characteristics of the player. In addition to this, we can consult the leaderboard o leave on a mission. To do this we will have to join an existing game or create a new one. 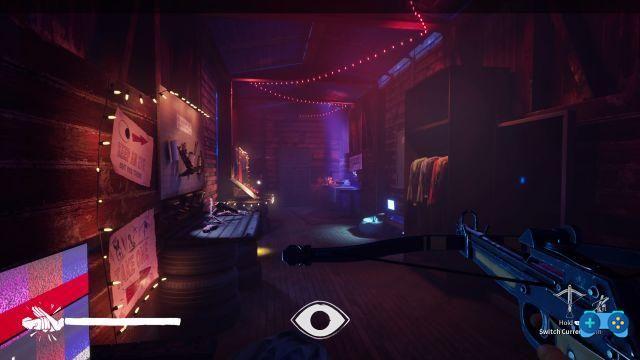 The real peculiarity that distinguishes The Blackout Club is theEnhanced Horror System, a particular mechanic concocted by the development team for take advantage of the player's voice recordings to increase fear or to give help. The system is very interesting and largely successful and it definitely represents the best thing the title has to offer. We do not want to spoil any surprises in this regard, also because this mechanic is certainly easier and more pleasant to enjoy while playing, than to tell in writing.

In the face of all this, however, a series of technical problems must be reported. From one generally poorly maintained graphics, to the often bare settings, passing through alighting and ombre in many wavering cases. The title also features various interpenetrations that lead the character to get stuck in objects. There are also some problems with the subtitles, which in some cases are badly synchronized with respect to dubbing, as well as some defect in the use of the wheel of instruments. At the same time also on the front of the sonoro and the soundtrack, the game definitely he does not excel.

Promising team looking for a budget

If on the one hand it must appreciate new and interesting ideas of the small development team Question, which from his side boasts very important collaborations in the saga of Bioshock, Dishonored and others, on the other it must be said that the project is perhaps too ambitious for the budget available to the software house. And it is probably from this that almost all the problems that The Blackout Club presents come from.

We just have to hope that the team will be expanded in the future or funded by a producer capable of supporting a project adequately, or alternatively that the team fall back on indie titles that are easier to make. 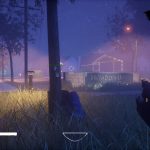 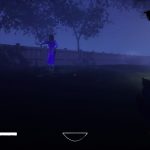 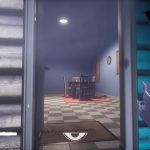 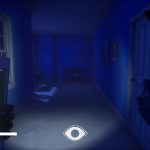 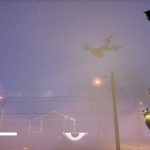 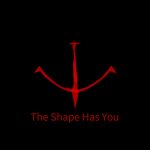 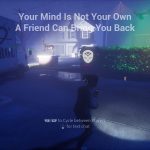 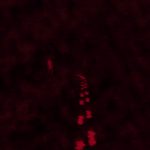 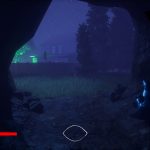 Summary
The Blackout Club is definitely an interesting title, with some positive points. On the one hand, you address important issues without being trivial or obvious, on the other hand it offers some gameplay mechanics that could leave their mark. However, the technical problems of a production that would have deserved a higher budget and a more present and articulated narrative remain too evident.
gameplay
Graphics
Sonoro
Longevity
Final judgement
Do you want to complete all the achievements and trophies and know all the tricks, guides and secrets for your video games? SoulTricks.com is a group of video game fans who want to share the best tricks, secrets, guides and tips. We offer the best content to be a source of useful information, so here you can find guides, tricks, secrets and tips so you can enjoy your games to the fullest. Are you ready to get all the achievements of that game that you resist so much? Enter and enjoy your favorite video game to the fullest!
FIFA 21 - FUT Ultimate Team how to make lots of credits with flipping ❯