Synthetik, officially announced the sequel with a lot of teaser trailer 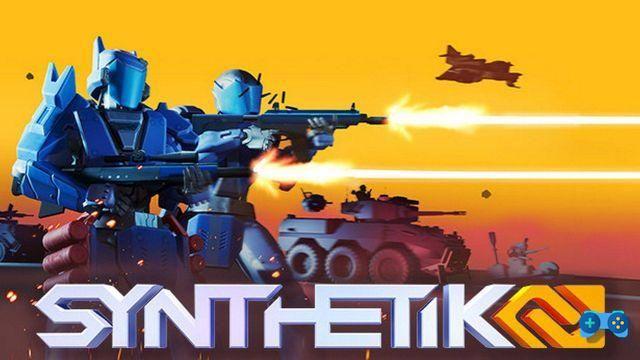 Synthetik 2 it is officially under development. Flow Fire, studio responsible for the twin-stick shooter Synthetik: Legion Rising, is working on a sequel, as this reveals teaser trailer published this morning.

After years of supporting his creature with additional content free and paid, the development studio Flow Fire officially announced a sequel: Synthetik 2. The game, currently in the early stages of development, will arrive on PC Steam in Early Access this summer.

Synthetik 2 it will build on everything that made its predecessor special. It will still be a highly punitive rogue-lite with gunplay based on tactical combat, but will expand the initial concept with 3D environments and characters and with one even deeper game structure.

Simultaneously with today's announcement it was shown a short teaser trailer with some pictures of the version pre-alpha. They are immediately evident graphics improvements and turn towards 3D. The teaser lasts too short to appreciate the changes and improvements that will be made to the game action, but the team promises that Synthetik 2 it will be something very special.

Other news of this sequel will be the factions. Each of them will challenge the players of Synthetik 2 with special weapons and technologies. The team also wants deepen the universe of the game and intends to do so by introducing new war trinkets to be made available to the player and introducing classes to choose from at the beginning.

Flow Fire also promises one cooperative for four players it's a support to the mod. Nothing is known yet about a hypothetical release date, but the game already has a Steam page from which it can be placed in wishlist.

Do you want to complete all the achievements and trophies and know all the tricks, guides and secrets for your video games? SoulTricks.com is a group of video game fans who want to share the best tricks, secrets, guides and tips. We offer the best content to be a source of useful information, so here you can find guides, tricks, secrets and tips so you can enjoy your games to the fullest. Are you ready to get all the achievements of that game that you resist so much? Enter and enjoy your favorite video game to the fullest!
Call of Duty: Black Ops 2, trailer and details of the DLC Map Pack Revolution ❯

An update for Dishonored 2 on PC soon

Add a comment from Synthetik, officially announced the sequel with a lot of teaser trailer