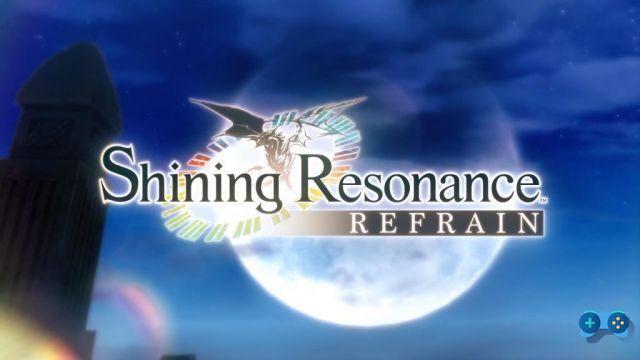 The historic SEGA series lands in the west.

The first title called “Shining in the Darkness” was released in 1991 by Sega Genesis and is still considered by many minds of the industry as the pioneer of the JRPG. The title was appreciated at the time by the public and gamers.

The second title (Shining Force), despite diverging a lot from the previous one, nevertheless introduced prominent elements for the genre and for this reason it was received quite well by critics.

The game was announced in May 2014 as Shining Resonance, the new title in the historic series developed by the house of the blue hedgehog.

The title was developed by the group of Japanese developers known as Media.Vision, to them we owe the Wild Arms series, the last two titles dedicated to Digimon and many others (they have been in business since 1994).

The game was released on PS3 in 2017 and exclusively in Japan, despite the territorial limitation, Shining Resonance Refrain still received a nice boost in sales during the launch week. In fact, around 67.000 copies of the game were sold. With this result, it ranks fifth among the best-selling titles during the week of release. 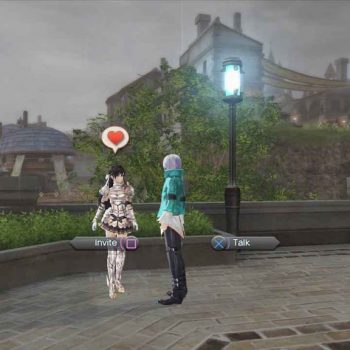 Other versions are coming ...

In November 2017, Sega announced the release of a remaster of Shining Resonance Refrain for PS4 (at the time of the announcement the remastering was 90% complete), however nothing was said about a possible translation into English.

Segà understood that in order to make Shining Resonance Refrain “travel” to other shores, it was mandatory to remove the anchor from Japan. In fact, in February 2018, the same software house announced the expected addition of an English language localization and as a pleasant surprise Sega announced that the game would also arrive in the following July also on Xbox One and Nintendo Switch.

These new versions can also enjoy all the additional content of the original game (which would exceed 150 pieces) and an additional mode.

The "Refrain mode" adds to the game an interesting secondary story that follows the criterion of the movie "Sliding Doors" (like, how would it go if ...), this mode is available immediately, even if the developers and the undersigned recommend playing main story first. 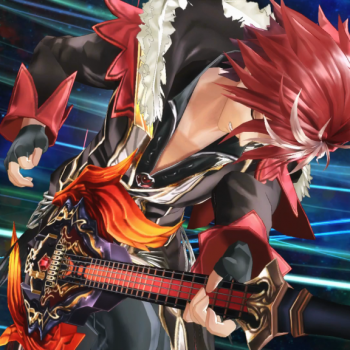 In the game you will play as Yuma Ilvern a young and shy boy who shuns the idea of ​​combat and any type of conflict, the typical "hero by chance" in short.

Luck, evidently on the side of the young man, sees him become, for unknown reasons, "the driving force" (sorry for the comparison, but it gives a very good idea) of the Shining Dragon.

The Dragon, a mythological entity revered by the population of Alfheim, fought in the company of his four brothers, during the Ragnarok, against Deus (an evil deity who was sealed after the defeat).


After this exhausting battle, the Shining Dragon shed his mortal clothes and chose young Yuma as his home.

The boy's mother, shortly before dying, provided the young man with a magical amulet, which allowed him to hold back the low and bestial instincts of the Dragon.

Yuma, frightened by this eventuality, renounces the extraordinary ability to transform himself, even as an extreme solution, which would serve to free himself from the chains and oppressions to which the sherri of the Empire subject him.

Everything changes when two girls arrive: Sonia, the warrior princess of the Kingdom of Astoria and Kirika, an elven priestess. After saving the boy, they will take him to the kingdom of Astoria, the only glimmer of freedom from the imperial power.

From here, the young Yuma will set out on an adventure to save the world, accompanied by pretty girls, to whom to court in his spare time.

Let's start from the plot, the game developers reproduce that typical plot of every JRPG, which could satisfy friends with almond eyes, but in the West it could make many eyebrows turn up.

The game clearly seems to take inspiration from Bandai Namco's Tales saga, despite the good inspiration the title lacks in several places.

The combat system in this type of games is of primary importance, and although the clashes are in real time, the excessive woodiness and slowness of the whole leads us to prefer the classic turn-based combat.


Each character that will accompany you will have a stamina bar available, which requires a lot of effort to be emptied, while in a few seconds it will be filled again. This allows all players, with the approval of the less experienced, to fight brazenly and without the slightest presence of strategy.

Despite the reluctance of the protagonist, the transformation into a dragon is always very beautiful to see and the enemies will feel "the effect it does", even here, however, a poor calibration will allow you to exploit this ability beyond belief.

The abuse of this ability will bring our Yuma into a state of absolute frenzy, where he will attack anyone who comes within range, this pleasant gimmick is however canceled by obtaining a calming melody, in doing so you can use the transformation into a dragon up to exhaustion of the dedicated bar. 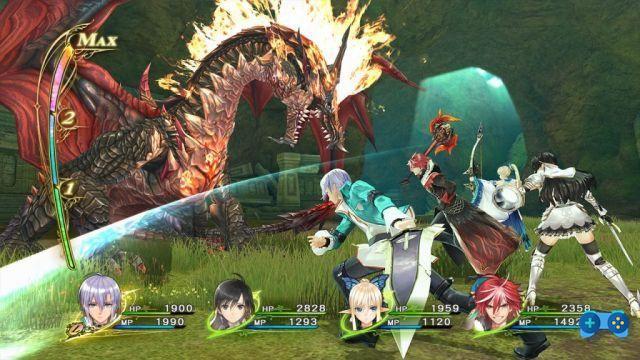 However, Shining Resonance Refrain also has positive aspects, almost all of them enclosed in some procedural dungeons, where you can decide the level of difficulty and monsters present.

These dungeons, in addition to offering an interesting level of challenge, allow you to fight against unique bosses and to obtain much more valuable rewards than standard fights. In fact, once this possibility is unlocked, you will escape from "normal" encounters.

In addition to this novelty that I personally appreciated, as an ex-musician I could not be happy with the possibility of playing together with the others songs that had an effect on the fight, a possibility made sterile by clashes without epicity.

Many will agree with this sentence, on the other hand a heavy remastering was expected from a fairly dated title, instead the developers have limited themselves to cleaning up the image quality and some textures.

Furthermore, despite the power that the Playstation 4 offers, the game showcases its "ancient" origins with impressive drops in frame rates during scenes with greater movement.

The game is also saved thanks to a quality sound part, which highlights at all times how the attention to music (a topic of great importance during the game) has been admirably treated. In fact, the variety of songs (all in Japanese language) and the quality of the melodies will leave you delighted.

Still with regard to the artistic part, an honorable mention goes to Tony Taka, the illustrious Japanese mangaka, who with his art has endowed each character with unique and interesting aspects.

The game, devoid of noteworthy side quests, will offer you about forty hours of entertainment, a little bit for such a product.

Shining Resonance Chorus
7.0 / 10 Soultricks.com
Buy on Amazon.com
Available on PS4, XBOX One
For

- The transformation into a dragon is too good

- The addition of procedural dungeons is welcome

Summary
The game is a clear example of what JRPGs are generally, unfortunately the interesting introductions, such as the speech of dragons and the insertion of procedural dungeons, are shunned by an unbalanced and excessively simple combat system, which is reduced in pressure at random. of keys in order to beat the enemy on duty. The artistic sector on the other hand is exceptional, the care of the music and the character design by Tony Taka make the title more enjoyable. Hopefully, it won't take so many years to see a new and improved episode.
gameplay
Graphics
Sonoro
Longevity
Final judgement
Do you want to complete all the achievements and trophies and know all the tricks, guides and secrets for your video games? SoulTricks.com is a group of video game fans who want to share the best tricks, secrets, guides and tips. We offer the best content to be a source of useful information, so here you can find guides, tricks, secrets and tips so you can enjoy your games to the fullest. Are you ready to get all the achievements of that game that you resist so much? Enter and enjoy your favorite video game to the fullest!
Pokemon Sword and Pokemon Shield Review ❯

Add a comment from Shining Resonance Refrain - our review