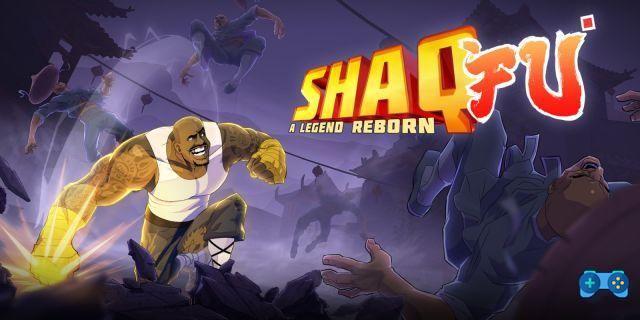 Will it be worth it after 24 years?

For the younger ones it may seem like a novelty, but Shaq has already taken to the street to lead his hands.

In fact, in 1994 the original Shaq Fu landed on SNES and Sega Mega Drive and the following year as a disease it infected Amiga, Game Gear and Gameboy.

Plot of the first game

This type of games generally do not rely on a strong and sensible plot, in fact the original Shaq-Fu was full of trash and non-sense, on the other hand they were the crazy 90s.

In short, our Shaquille O'Neal is transported to a parallel dimension after talking to a Kung-fu master. Here he will have to save a young man named Nezu from a diabolical mummy. 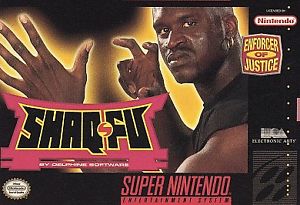 Let's go back to the present

After many years, Shaquille O'Nzal and Big Deez Productions have decided to deliver us a sequel and could we say no? In short, have you seen how big they are?

Joking aside, a crowdfunding campaign was organized on the IndieGogo platform to make this title come true.


Shaq Fu: A Legend Reborn hit the ambitious $ 450 goal, achieved on May 5, 2014. The following year, the producers showed a trailer for the game at the Game Awards.

It took another 3 years for the game to be released, which was announced for PS4, Xbox One, Nintendo Switch and PC.

Plot of the second coming of Shaq

The game is set in China this time, a land of mysteries and legendary fighters.

A woman picks up a bag that was traveling on the river (not only myself risks excommunication for blasphemy), inside it the young woman finds a "small" baby.

The woman will take care of this child, until he becomes a man, but the latter's childhood is far from easy. In fact she is being bullied because of her stature.

To remedy the injustices and to understand his place in the world, the young Shaq Fei Hung relies on the guidance of an elderly Kung Fu master, who will guide him in the fascinating world of martial arts.

This game is not for the faint of heart, in fact you will be immediately thrown against hordes of infamous fighters and will do nothing else for the next three hours.

During the adventures of our Shaq, you will find yourself facing a huge amount of enemies from all over, with the sole purpose of giving you a good reason.

To move forward you will have to rely on your punches, the more they hit, the more the combo multiplier will go up. Once you have accumulated some, you will unlock the super attack, which consists of a very powerful kick that can knock enemies away from you.

Beyond the sacred punches, our protagonist has a jump (to avoid bullets), a dodge and a special blow, nothing more than a powerful punch on the ground that will damage the enemies around you.

Other power? For Shaq? Yes, a power up system will offer us some interesting special moves, such as the use of a powerful armor, which will disintegrate the enemies (be careful though, it overheats) or the transformation into a cactus, complete with the launch of spikes to supersonic speed.

Interactions with the environment.

Interacting with the environment is always something appreciated in video games, and this title also allows it, albeit in a limited way.

You can use billboards as a weapon or throw concrete blocks at enemies.

More of the same?

After a while you will find that the game is extremely repetitive and even the enemies will be differentiated only by a few skins.

Every now and then you will notice some interesting news, unfortunately it disappears in the repetition of the whole title.

The game is colored by what appears to be a slight irony, marked by the politically incorrect… but not too much.

Among the various bosses you will meet the current US President Donald Trump, the wealthy heiress Paris Hilton, Justin Bieber (beating this character will make your day better, I assure you) and the huge butt of Kim Kardashian.

No, after finishing the campaign, which lasts a maximum of 3 hours, there is nothing, not even a coop campaign, which would certainly have yielded more to the title. But if you are looking for something else to do, you can consult the Shaq-o-pedia, an encyclopedia that will make you relive the videos and show you information on all the enemies who have passed under your fists.

The version tested by myself is PS4, but given the masochism that pervades me, I decided to try it also on Nintendo's hybrid console.

Off the dock it doesn't perform well at all, in fact the swinging frame-rate makes that experience more forgettable. While inside, the flatness of the scenarios greatly affects the quality of the game.

The background music is appreciable which, together with the sound effects, will take you back to the roaring 90s.

Enjoy this gallery of images anyway ...

- An old-fashioned beat em up

Summary
Shaq's return to gaming does not offer anything unforgettable. After the first 10 minutes of the game you will have seen everything it has to offer. The absence of other modes literally castrated the game, in fact an online or offline cooperative campaign would have revived a game that looks like it came out of the 90s with slightly better graphics. Sin! PS: if Shaq asks you, I was forced !!!
gameplay
Graphics
Sonoro
Longevity
Final judgement
Do you want to complete all the achievements and trophies and know all the tricks, guides and secrets for your video games? SoulTricks.com is a group of video game fans who want to share the best tricks, secrets, guides and tips. We offer the best content to be a source of useful information, so here you can find guides, tricks, secrets and tips so you can enjoy your games to the fullest. Are you ready to get all the achievements of that game that you resist so much? Enter and enjoy your favorite video game to the fullest!
New Wallpapers for GTA The Ballad of Gay Tony ❯

Add a comment from Shaq Fu: A Legend Reborn - our review