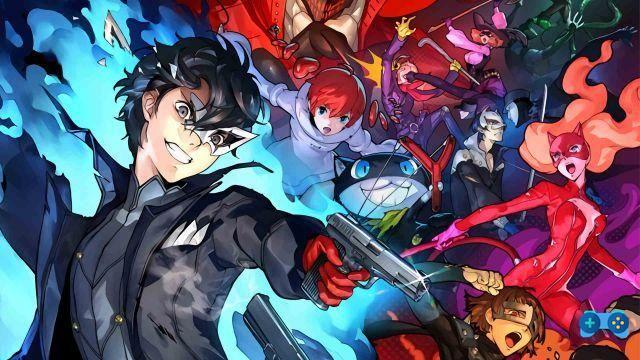 Love, the real one, is something impossible to explain. And we don't necessarily speak of love as a bond between two human beings.

Have you ever become so fond of an entertainment product that you really feel "close" to its protagonists? Well to myself more than once, in spite of all clichés and advancing age.

Various works, whether they are videogames, Japanese animation, television or cinema, have left a very precise trace in the mind and heart of those who write them. Needless to say, among these it stands out 5 person, the latest chapter of the Atlus brand that has become increasingly famous and appreciated.

We admit it: breaking away from Persona 5 and its amazing adventures, but above all from its splendid performers, was one of the most arduous undertakings of our videogame life.

Consequently, when Atlus announced the arrival of a sequel to the work, our hearts stopped. This happened despite some important differences at a strictly playful level. Back in the shoes of Joker, Skull, Panther, Mona and all the others, but with a musou? It seemed like something impossible to even imagine, but in reality that is exactly what happened.


Persona 5 Strikers is exactly what we described above. We are talking about a musou inextricably linked to the atmospheres and style of Persona 5. The genre then becomes in effect an essential piece of the imaginary coined by Atlus.

Honestly though, the question we all asked ourselves is definitely this: can Persona 5 work as a musou? The answer is, incredibly, yes. Persona 5 Strikers wins and convinces almost across the board. In fact, it proves from the very first bars that it has nothing to envy to the main chapters of the saga.

Back to the Leblanc!

As we have already pointed out at the beginning, Persona 5 Strikers is in effect a direct sequel to the original chapter. The events narrated by the spinoff in musou sauce are in fact set chronologically after the conclusion of the original story. About four months after his departure, Joker returns to the city, ready to go on a new adventure with his friends. The target? Spend the summer holidays together and have fun, finally, in a genuine and carefree way.

Unfortunately, however, for the Phantom Thieves things are destined to take a very different turn from what was imagined and desired. After casually making the acquaintance of Alice, one of the most rising idols of the moment, Joker, Skull, Morgana and all the others are forced to collide with the harsh reality: the Metaverse is still out there.


Through the use of a new and very famous app, called EMMA FABRIC, the protagonists find themselves catapulted into an alternative dimension of the real world, with all that follows on a narrative level. As in the original chapter, they are forced to collide with a distorted version of some figures encountered in the real world, with some obvious variation on the theme. 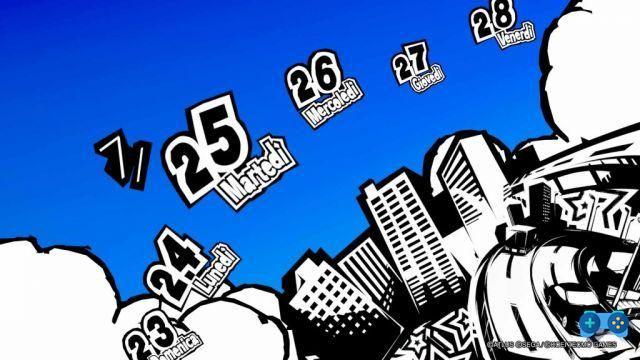 The beautiful Alice is in fact the first of a long series of figures whose ego has generated a parallel world in which to clash with the perversions, desires and prohibitions of the real world.

Without spoiling anything and without going into too much detail, we want to immediately warn you: do not brand, as we did, the plot of the game without trying it. Even without shining like the original chapter, Persona 5 Strikers boasts a narrative sector of the highest level. The latter blends perfectly with the original material without ever "staining" it in any way, indeed.

Thanks to this new story, which can be enjoyed overall even without having lived the original Persona 5 experience, an even larger, more precise universe emerges. We are talking about an ecosystem that continues to expand and surprise even today, almost ten years after the original Japanese publication of the title on PlayStation 3.

Let's face it: all the fans of the saga, at the announcement of Persona 5 Strikers, had a little illness. Imagining your favorite saga transformed into a musou, a genre still very underrated at least here, must not have been easy. And even the undersigned, we admit, had a very cold reaction towards the title.


The reality of the facts, needless to say, is quite different. Persona 5 Strikers shyly abandons the complexities of the classic turn-based RPG, embracing the structural stylistic features of the Dynasty Warriors musou. The progression and the expolouration of the dungeons remain in fact the main theme of the play structure of the production. However, it differs from its “original” chapter once they take up arms to start the fighting.

The musou style gives the gameplay of the game a very interesting speed and immediacy, which makes every fight incredibly fun and sparkling. However, like all exponents of the genre, in the long run the clashes tend to become tedious and repetitive. In any case, thanks to the use of special abilities linked to the main game and to the Personas themselves, the clashes boast a vein of diversification and depth clearly different from the classic musou. 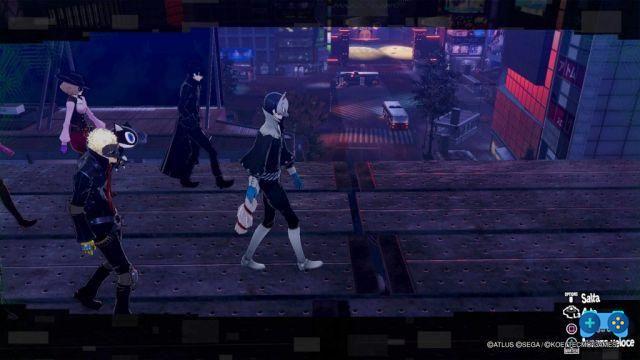 The fights, strictly in real time, give the player an important feeling of satisfaction, not only for the speed and frenzy of the clashes. This is obviously also due to the fact that the developers have decided to keep the system of weaknesses and strong cons of the original chapter. This constitutes an element that contributes more than decisively to making every fight far from the classic button mashing of the more traditional musou.

It should also be said that it is possible to calmly select the next moves. With the time that stops and gives the player the possibility to choose whether to attack with melee weapons or with the ranged one, with a spell or launch into direct confrontation, everything takes on a very varied identity. It is in fact impossible not to appreciate it, even for the most adamant of fans.

All this is combined with a much more interesting level of challenge than most of the exponents of the genre. This, combined with the above, manages to contribute heavily to making the gaming experience much more challenging and interesting than you can imagine.

Away from the clashes, explore the Jails, the new variously of the classic Palaces is the focus of this Persona 5 Strikers. However, everything is therefore more immediate and faster than the original chapter, also because the game renounces secondary activities in the strictest sense of the word. No more calendar, no more division of actions and hours and no more bonds to consolidate. These aspects are abandoned, moving away, rightly, more and more from the shores of the more classic role play. 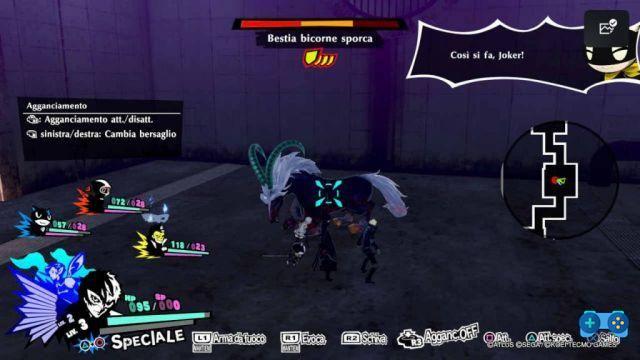 Exploration is also crucial in real-world stages. To find clues about the Prisons, it is necessary to gather information, talking to people and examining the clues. All this then leads to the next step in getting closer to the heart of the villain on duty.

Once you have embraced this splendid "middle way", you immediately realize all the great potential of production. It lacks courage in some situations, of course, but on the whole it manages to give a very strong jolt to a genre that is too underestimated but which, honestly, has ended up over time by settling on its laurels too much.

One of the most successful aspects of the Omega Force production is certainly the technical and artistic one. Persona 5 Strikers, in the PS4 version (played on PS5), proves even more than graphically solid and splendid from an artistic point of view.

Taking advantage of the already widely appreciated stylistic aspect of the “main” chapters of the saga, Strikers proves to be a wonderful product, colorful and as usual full of love for all fans of both the Atlus style and Japanese animation. While counting the provenance from the very distant lands of PS3 (Persona 5 was cross-gen), Strikers never fails to excite even from a technical point of view, with a fair amount of widely understandable compromises. If the polygonal modeling of the characters is always of the highest level, to show more the weight of the years are the rendering of the textures and in general those "accessory" elements, left more to themselves but no less beautiful to look at. 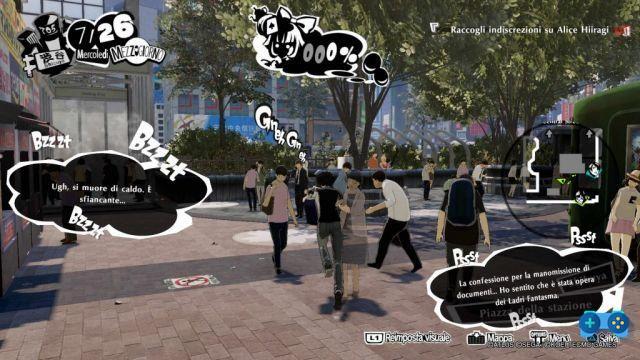 All this is then combined with a stability and a technical solidity of fine workmanship. At least according to our tests on PS5, the title proudly flaunts a respectable image cleaning. Persona 5 Strikers takes full advantage of the 4K mode of the PS4 version, which on Sony's new flagship comes seventy by default.

This detail, combined with a rock-solid 60fps frame rate, makes the gaming experience exciting to say the least. In this way it goes perfectly with that same chromatic and sensorial vivacity, one of the most emblematic characteristics of the brand.

It must be said that on PS4 Pro the 4K mode blocks the frame rate at 30fps, and consequently we advise you to prefer the one that gives priority to the latter, with a consequent lowering of the resolution, which thus stops at 1080p.

Usual, immense, work done finally on the audio sector. The tracks, although largely taken from the original game (as well as the voice actors, returned en bloc also for this chapter), continue to be incredibly exciting, and we do not hide the fact that as soon as Beneath the Mask started, once we reached the attic of the Leblanc, a tear ruthlessly cut our face in two.

Persona 5 Strikers literally amazed us. Started as a simple musou spin-off, the title has actually been able to do much more, establishing itself as a worthy sequel to one of the most beautiful videogame stories ever. The credit certainly goes to a very fun and immediate gameplay, typical of musou, but at the same time layered and satisfying, in full Persona 5 style, of which the "little brother" manages to inherit some fundamental traits. To this is added a very interesting story and above all able not to disfigure compared to the narrative prowess of the original chapter. Net of some limitations, due to the intrinsic nature of the production itself, it is only right to recommend the purchase to all fans of both the saga and the genre in general. You will thank us later, trust us!

Do you want to complete all the achievements and trophies and know all the tricks, guides and secrets for your video games? SoulTricks.com is a group of video game fans who want to share the best tricks, secrets, guides and tips. We offer the best content to be a source of useful information, so here you can find guides, tricks, secrets and tips so you can enjoy your games to the fullest. Are you ready to get all the achievements of that game that you resist so much? Enter and enjoy your favorite video game to the fullest!
Pokémon Omega Ruby / Alpha Sapphire, trailer for the Delta episode with Deoxys ❯