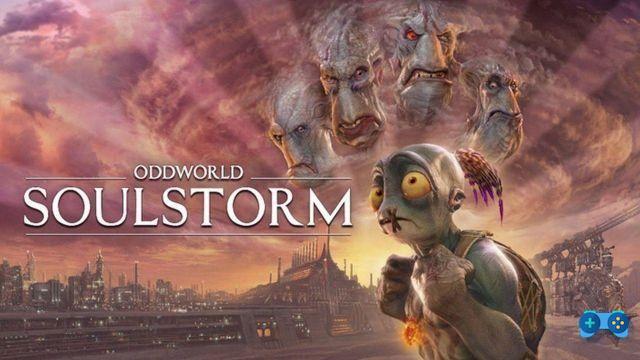 Oddworld: Soulstorm is now available as an exclusive Epic Games Store. This reimagining of Oddworld: Abe's Exoddus, originally released in 1998, presents many challenges throughout its campaign. One of these is the rescue and survival almost 1.400 Mudokon on several levels. In fact, saving Abe's "followers" can lead you to a secret final movie. Either way, here's our guide to help you unlock all endings and levels in Oddworld: Soulstorm.

Oddworld: Soulstorm by default features 15 levels (or phases). Due to complex mechanics, puzzles and enemies, some stages may take 30 to 40 minutes to complete on the first try. As you do this, you may also encounter several Mudokons to rescue.

In some stages, you will follow a sequence in which hundreds of Mudokons are attempting to escape. All you have to do is deal with the hostiles to make sure many of them survive.

In other levels, however, Abe will have the opportunity to interact with them and have them as followers. You can then give them items, tell them to wait in an area (to ambush or attack mobs) or get them to follow you while you are crossing the same area.


With that in mind, you will need to watch out for bird portals (objects with a bright pink glow). When Abe sings to throw a golden ball, the Bird Portal will open to allow all nearby Mudokons to escape and get to safety. 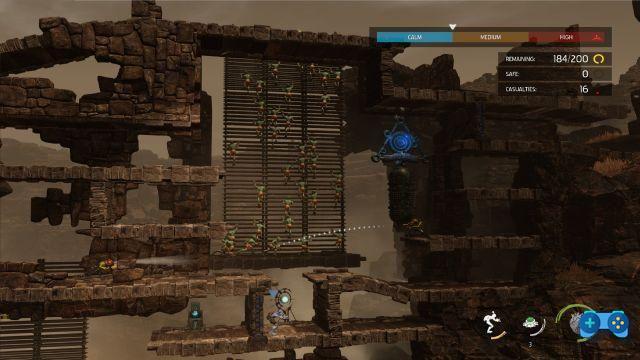 As for the endings, the Quarma score ("karma") is considered. The Quarma represents how many Mudokons you managed to save in a level, then try to reach at least 80% to get a good score.

It is worth mentioning that all levels count towards the above requirements. As such, the first stage (which doubles as a tutorial) already gets you a The Quarma score of 100% and the second stage is pretty easy to achieve as well. The remaining steps, however, will require more work. Just remember the goal of reaching at least 80%. For example, if a level has 32 Mudokons, you'll need to save at least 26. If a level only has one, you'll need to save that one lonely alien.


What if you missed some Mudokons?

If you have not been able to save many Mudokons in some stages of Oddworld: Soulstorm, you can check the game level selection function. It allows you to reproduce any level reached in the campaign. Checkpoints are also present in the new version of the game, so Abe can respawn whenever he dies. The downside, however, is that progress isn't saved if you exit the level or game.

You have reached level 10, but missed the 80% requirement in a couple of levels. If you replay, for example, level 8, you will have to pass it all at once (making sure you have saved most of the Mudokons in it). If you exit that phase or the game, you will continue from level 10 as it is, technically, the furthest point you have reached in the campaign.

As there are some levels that take some time to complete make sure you have enough time if you decide to replay them!

That's it for the Oddworld: Soulstorm endings and levels guide. For any doubt you can find us on Telegram and on our Facebook group!

add a comment of Oddworld: Soulstorm - Guide: Unlock all endings and levels