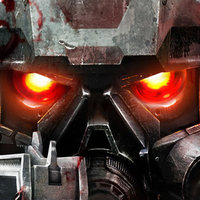 The Battle Turns On On The Planet Helghan!

The Killzone series, created by Guerrilla Games in 2004 and then continued in 2009 with Killzone 2, finally reaches its third chapter full of expectations and enthusiasm. Killzone 3, a title of the first-person shooter genre exclusively for Playstation 3 available from 23 February 2011, demonstrates right from the start how a Dutch team of developers has managed to grow thanks to Sony's first-party investments, coming to exploit even more the computing power of the Japanese flagship.

The struggle between the Interplanetary Strategic Alliance (ISA) and the Helghast in this third chapter is not rekindled only in purely war terms, but transports us through a much more mature narrative, in a political climate heated by the death of the leader Visari, among the row of the two factions in the field: the first that of the ISA, mired on a hostile planet, the second traversed by internal struggles for the political succession to the charismatic leader who died at the end of the second chapter.