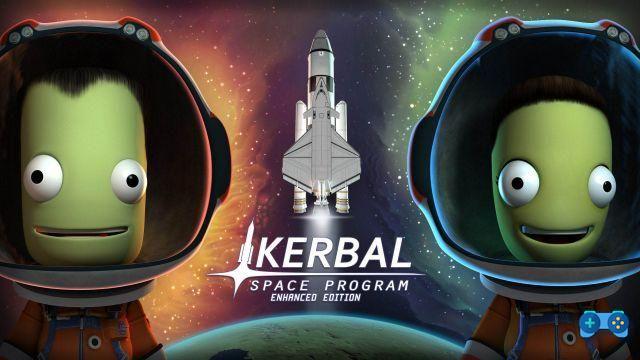 Kerbal Space Program Enhanced Edition is the improved version of the title that landed between 2013 and 2016 on PC and Console, developed by the Mexican team Squad and published by the guys from Private Division.

For those who do not know it, we are talking about a space simulation video game, which through a fairly intuitive editor will allow you to create rockets and planes in order to overcome the planet's atmosphere (similar to our Earth) and travel into deep space.

This new edition includes, in addition to the base game, a series of interesting additional content, from the Story Pack and Parts to the Breaking Ground expansion. The latter will enrich your gaming experience with a series of advanced tools useful for collecting important scientific data.

Among other things, this year Kerbal Space Program celebrates its ninth anniversary, watch this special video that traces the adventures of these cute little creatures.

First of all, we inform you that this is not a simple title, do not be fooled by the "minionesque" aspect of the characters. In fact, each fiber of the title is studied to the point of requiring an in-depth tutorial divided into 14 missions, during which we will be taught: how to make a rocket using every component at our disposal, how to fly in open space and how to do a excellent round trip between Earth and Moon, and more.


After understanding the basic concepts of the editor, and trust us if we tell you that you will need a good memory, you can have fun with a series of interesting and not very demanding missions. The latter will require conditions such as: redirect an asteroid and not make the spacecraft catch fire by passing it through the atmosphere. 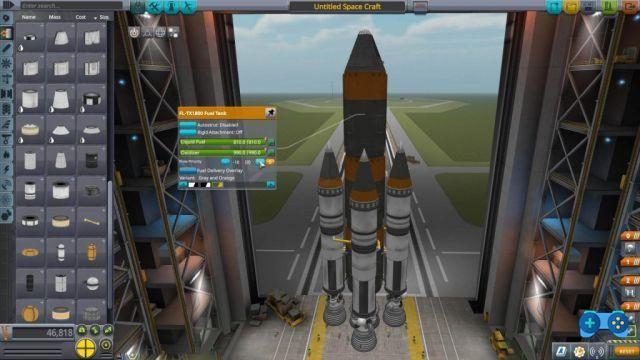 These missions are used to face the main game modes in a worthy way: career, sandbox mode and science mode. The first will take you to face a series of elements around the management and construction of space travel. In fact, you will take care of hiring staff (pilots, engineers, administrators, etc.), all without forgetting to throw a look at the budget, visionaries yes, perhaps multimillionaires. Finally, among other things to do, you will need to create advertising campaigns to improve your image.

The sandbox mode, on the other hand, will allow you to give free rein to your desire to explore space, without absurd budget or personal limitations. Have fun in the construction of spaceships, satellites and launch everything into space, if you are good you will go beyond the atmosphere and you will discover "how deep is the rabbit hole".

Instead, if like myself you forget some parts of the tutorial, get ready to witness disastrous (and comic) explosions. By trying this game mode, you will be able to learn more about everything Kerbal Space Program Enhanced Edition has in store for you.


As for the Science mode, you will not have to go crazy with your budget and reputation, in order to devote yourself exclusively to the research and construction of the various spacecraft. To advance in your aim, you will need to obtain Research Points and unlock a series of new structures useful for the development of increasingly powerful spacecraft. 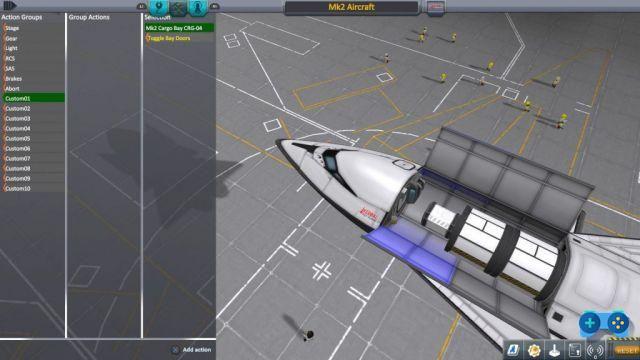 The peculiar title revived by the guys from Private Division has also been enriched by the DLCs released in 2018 and 2019. The first of these is the Story and Parts Pack, which adds to the game experience the possibility of creating different scenarios to your liking. custom and relive the missions that have made the history of space exploration.

The second DLC, much more recent, is called Breaking Ground and will take you to set foot on the various planets of the "Solar System", including: Moho (corresponding to our Mercury) and Eve (corresponding to the Planet known as Venus). Once the flag is planted, our friendly Kerbals will have to discover all the secrets of the planet through the powerful tools at their disposal, including the hilarious Rover. 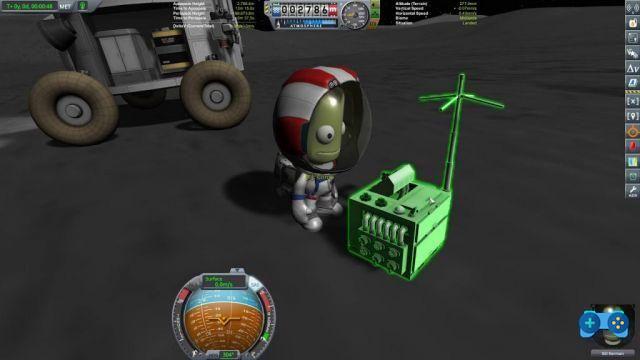 Kerbal Space Program: Enhanced Edition, however, lends itself to some "defects", in fact, the tested version is a mere reworking of textures and makes everything excessively dated.

On the other hand, it must be admitted that the artistic style and the visual still know how to offer a good gaming experience, sometimes funny, especially thanks to the comical aspect of these men.

In addition, every aspect of the nacelle (internal and external) is detailed down to the smallest detail, including the individual pieces visible during the construction phase. Despite this, that feeling of an outdated product remains.

This new iteration of Kerbal Space Program brings with it all the fun and knowledge that has always distinguished the series. The presence of the two additional contents significantly increases the hours of play, so much so as to make you lose track of time at times.

However, it must be admitted that defining everything Enhanced is a little presumptuous, in fact, at the sight of the player the title will permanently maintain that dated patina that could make many turn up their noses.

Finally, although as a PS4 owner you appreciate the choice to bring this type of game to the console, the management through the analog sticks of the pad will never reach the level of precision present on PC. This last aspect, although of little importance to some, drastically changes the gaming experience.

Do you want to complete all the achievements and trophies and know all the tricks, guides and secrets for your video games? SoulTricks.com is a group of video game fans who want to share the best tricks, secrets, guides and tips. We offer the best content to be a source of useful information, so here you can find guides, tricks, secrets and tips so you can enjoy your games to the fullest. Are you ready to get all the achievements of that game that you resist so much? Enter and enjoy your favorite video game to the fullest!
XCOM 2 Collection Review for Switch ❯