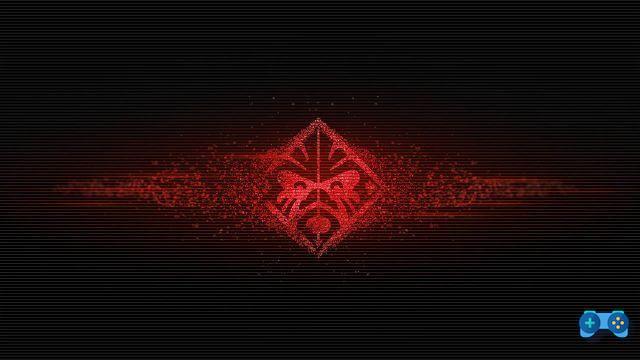 After several days, of this super computer dedicated to the high end of the market, we remember above all the back pain generated by transport and installation. It is difficult to imagine how much a cube of scrap metal can weigh and it had never happened that a case went that far in the face of aesthetic choices that were not entirely acceptable. What has arrived in our editorial office is a new high-end PC manufactured by HP, Code-named OMEN X, dedicated to the most demanding gamers.

The machine, a black cube with red inserts and an aggressive frieze, is made of an indestructible alloy that has increased its weight beyond belief; agree, the build quality is immediately noticeable and, probably, not even a hammer would be able to scratch the armor of this PC, but what remains impressed is the absolute discord between the shapes that seem slender and an unparalleled weight (well 28,2 kg!).

In other words, it is like when you take a child or a girl in your arms that our eyes perceived as graceful and instead we are forced to go straight to the orthopedist. 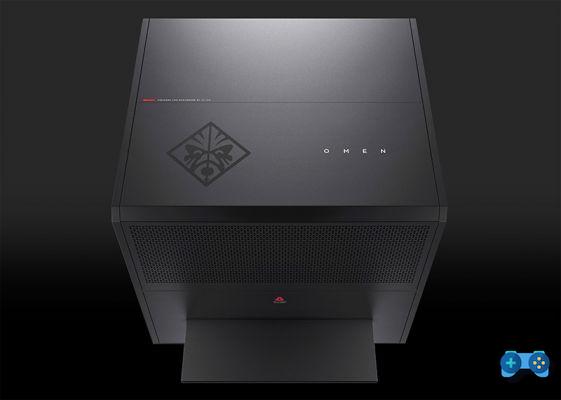 The second, certainly not "light" feature of the machine delivered to us is the "HP Omen X 900-003nl", Is the price, at least that proposed by the large distribution chains at the time of delivery of the product; and indeed, in December 2017, the price of the PC was dangerously close to 3 thousand euros, while today, on offer, it is possible to find it (in the version with i7-7700k processor) directly on the HP shop at a much more price. content that slightly exceeds two thousand euros so as to finally justify the purchase operation. 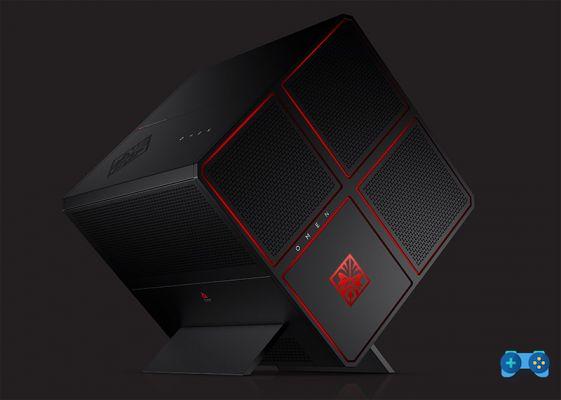 There is no doubt that HP, in launching into the highly competitive gaming machine sector, has tried to reach very high levels of quality.This is demonstrated above all by the choice of materials and the extreme care in designing mechanisms designed to dissipate the heat.

HP has decided to isolate the internal compartments of the case and used the different "chambers" for air recycling, for real, without the technical devices designed by HP and dedicated to air flushing, the "hottest" component of the personal computer, i.e. the video card Nvidia GTX Geforce 1080, in the most excited phases of the game, he would certainly have competed with the warmer of our homes; on the other hand the whole operation is favored by the liquid cooling of the processor.

The hot air comes out above all from the front grilles decorated with LEDs whose switching on is customizable both as regards the colors and the desired intermittences, it is in fact possible, thanks to the supplied software, to synchronize the effects both with the music and with the performance. of the CPU.

From the front it is then possible to access the useful connections: connection for the microphone and headphones, SD card reader, latest generation USB ports as well as the slots for HDDs and SSDs, easily removable thanks to the buttons and tie rods installed. 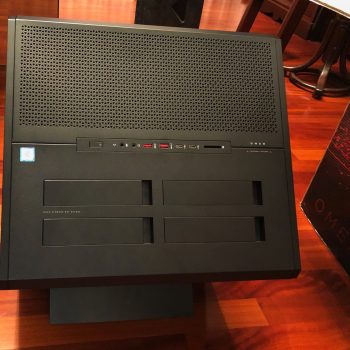 In the back we obviously find the standard connections provided by the Nvidia GTX 1080 video card, the LAN port, although of limited use as the system offers standard wireless connectivity complete with Wi-Fi b / g / n / ac and Bluetooth 4.2, other USB ports, audio outputs and even support for the K-Slot anti-theft cable.

It is very easy to access the heart of the computer, HP has made available to you geeks of the buttons on the back in order to free the front grids so as to allow you to penetrate into the secrets of theOmen X.

Once inside the PC you are stunned by the extreme order that can be found, the "tri chamber" system appears no longer replaceable and in a moment you understand how it is possible that after hours and hours of extreme play the machine remains perfectly in line with the recommended temperatures in order to maintain the best gaming performance. 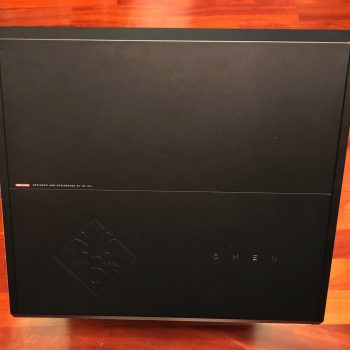 As anticipated the CPU (Intel i7 6700K from 4GHz up to 4,2 GHz, 4 cores, 8 MB of cache, of which it is useless to report benchmark) is "liquid" cooled and in the first compartment - "the first chamber" - we find it in the company as well as the ram memory (16 Gb DDR4 at 2133 Mhz - two 8 Gb banks), of the video card, both mounted on a Micro-ATX motherboard, the latter chosen not very shareable in a machine of this level; in the other "rooms" we find the power supply and the two discs, a fantastic and ultra fast 2Gb M.256 NVme SSD and a 2TB Seagate HDD.

Air circulation is guaranteed by a 120 mm fan (with the possibility of adding others) and above all by the ventilation path designed by the developers, a path that more than anything else, thanks also to the chosen material, guarantees a very precious and more that almost imperceptible noise even in the extreme load phases of the machine. This feeling is absolutely pleasant for those used to annoying and continuous noises in the office: when Windows 10 starts in just under 10 seconds and in absolute silence, for a moment and only for a moment, even the 3000 euros of initial cost they disappear from our minds. 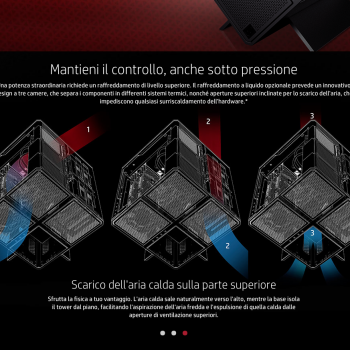 The cube behaves impeccably with every game tested, from Star Wars Battlefront 2 to Forza Motorsport 7 passing through Destiny 2, the 4K mode is maintained very well by the Geforce GTX 1080 but this, you know, is thanks to NVIDIA and other amenities technological systems installed.

OMEN X is perhaps too noticed in the room, it would need a pedestal, probably the center of the living room or office and finally the comfort of your partner's favorite Persian carpet, however the real problem will be represented by the judgment of women, because yes, the cube is the protagonist of the scene and inflicts hard blows on the surrounding furnishings, attracting to itself the few loving glances of nerds and the many terrified glances of friends and mothers-in-law who are unable to understand, even less than us, the need to show off in beauty shows a mammoth black cube and above all the sense of inclination (exactly 45 °, certainly not justifiable with the exclusive need to access the case more easily in order to replace the hardware components) given to the Omen X by HP .

It is good to point out that for those wishing to own the external casing (the case) of theOMEN X , perhaps with a proprietary configuration that allows you to save in the choice of internal components or, why not, to dare even more, HP allows the purchase of only the case on the American store at 499 dollars.

THEOmen X it is a bit of a profession of faith: either you love it or you hate it, ultimately we can say that we loved it intensely, but for too short a period to be able to say with certainty whether it was true love or yet another gig .

add a comment of HP OMEN X a PC all to play, our review