God of War: the new trailer is dedicated to Thamur 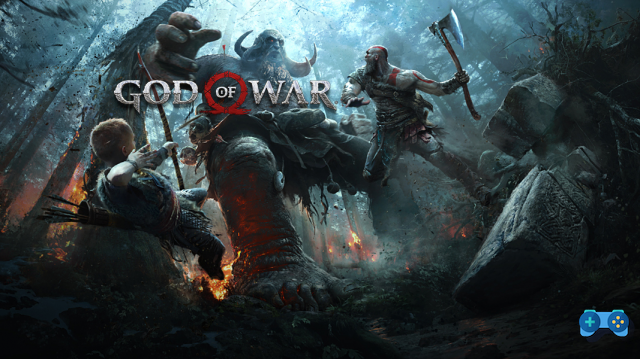 After the Paris Games Week trailer, as reported by Dualshockers, Sony and Santa Monica Studios have released a new interesting video dedicated to God of War.

In the trailer, which you can see at the bottom, it is narrated to us the legend of Thamur, the stone giant engaged in the construction of a wall to protect Jotunheim, the world of the giants of rock and ice, threatened by the men of Asgard and Midgard. It also explains the quarrel between Thamur and his son that led the giant to get lost in Midgard and therefore having to face and sadly be defeated by the god of thunder, Thor.

Do you want to complete all the achievements and trophies and know all the tricks, guides and secrets for your video games? SoulTricks.com is a group of video game fans who want to share the best tricks, secrets, guides and tips. We offer the best content to be a source of useful information, so here you can find guides, tricks, secrets and tips so you can enjoy your games to the fullest. Are you ready to get all the achievements of that game that you resist so much? Enter and enjoy your favorite video game to the fullest!
Mortal Kombat Arcade Kollection, also available today for PC ❯

Dragon Ball Z Shin Budokai 2, at the top of the PSP sales chart

Playstation 4, the SHARE button may be locked at the discretion of the developers

Add a comment from God of War: the new trailer is dedicated to Thamur