God of War: Ghost of Sparta, trailer and images for the launch 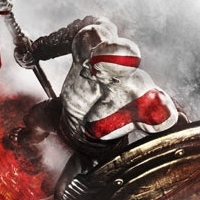 Kratos is back on PSP!

Sony Computer Entertainment Europe (SCEE) reminds us of the release on Playstation Portable (PSP) of God of War: Ghost of Sparta, eagerly awaited title developed by Ready at Dawn in collaboration with Santa Monica Studio, which resumes the exploits of Kratos during his brutal battles against the gods through his curse.

The release date is scheduled for November 3, 2010 on PSP.

To inaugurate this important landing on Sony's portable console, after the success of God of War: Chains of Olympus, we show you a gallery of images and trailers.

There is no escape from the action. God Of War: Ghost Of Sparta brings Kratos back to PSP

The latest installment of the award-winning series returns to PSP: travel with Kratos and his brutal destructive fury through the dark world of the gods, uncovering his cursed history

Sony Computer Entertainment Europe has announced the return to PSP ™ (PlayStation®Portable) of the ruthless Spartan warrior Kratos in God of War®: Ghost of Sparta. Developed by Ready at Dawn®, the brilliant team behind God of War®: Chains of Olympus, this latest installment adds another epic adventure to a saga acclaimed by critics and audiences alike. Now fans will finally be able to uncover the true story behind Kratos' tragic past and his meteoric rise to Olympus. Blood, brutality and all the violent essence of God of War return to PSP to immerse the player in the action, story and graphics of the game anywhere, anytime.


With a gripping new storyline set once again in the world of Greek mythology, God of War: Ghost of Sparta will take the player on a ferocious adventure to uncover the mysteries behind Kratos' curse. The action picks up directly from the end of the last chapter of God of War: Kratos, pursued by visions of his mortal past, embarks on a journey of discovery and revenge to unearth the origins of the lost worlds and finally reveal the secrets that lie behind the tattoo, the scar and the end of his family.

There will be no shortage of weapons in God of War: Ghost of Sparta for PSP. Players will be able to wield the deadly swords of chaos to defeat the power of ancient Greece, taking on mythological creatures and armies. Thanks to the new and phenomenal weapons available, users will have the opportunity to unleash total chaos and perfect their skills with a new set of lightning-fast combat techniques, to inflict deadly wounds on their enemies.

With a significantly increased playing time, the new chapter in the legendary God of War series guarantees hours of adrenaline-pumping action in an epic and intense adventure. For an absolutely realistic gaming experience, Ready at Dawn has used the most innovative graphics technologies, increasing the resolution of the textures, as well as the fluidity and realism of the characters. To complete the picture, a mighty array of weaponry, new magical powers, unprecedented movements and enhanced artificial intelligence to create an adventure of epic proportions, ready to be played anywhere and anytime.

God of War: Ghost of Sparta is scheduled for release in the fall of 2010, exclusively for PSP. To find out more, visit www.eu.playstation.com. 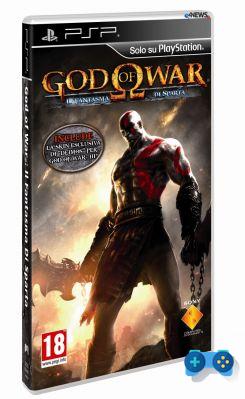 Do you want to complete all the achievements and trophies and know all the tricks, guides and secrets for your video games? SoulTricks.com is a group of video game fans who want to share the best tricks, secrets, guides and tips. We offer the best content to be a source of useful information, so here you can find guides, tricks, secrets and tips so you can enjoy your games to the fullest. Are you ready to get all the achievements of that game that you resist so much? Enter and enjoy your favorite video game to the fullest!
AMD, officially unveiled prices and specifications of the new RX Vega 56 and RX Vega 64 GPUs ❯

Impressions of The Last of Us Beta

Add a comment from God of War: Ghost of Sparta, trailer and images for the launch