Chronicle of Innsmouth: Mountains of Madness is a title launched on Kickstarter that brings up the nostalgia effect. The developers, in fact, have decided to pay a tribute to both HP Lovecraft and the point-and-click that many of us grew up with in the 90s. At first glance it feels like you're playing a game developed by LucasArts, rather than PsychoDev. But let's discover its details as horror as they are wonderful.

Lovecraftian horror from the 90s

Chronicle of Innsmouth: Mountains of Madness is the game for those who want to go back through the years and live an experience worthy of a Lovecraft horror book. The interesting thing is that from the very beginning it is possible to notice the intention of the developers, who wanted to move away from the typical tribute to Cthulhu but have gone much deeper, especially because it is a sequel. But what is it about?

We will play Lone Carter, a detective who survived an expedition inside Innsmouth, which we saw in the first episode of the series. Now, finally, he's back home in his Arkham. His goal is to report to a certain Professor Armitage, the man who had commissioned him to investigate in the first game.


Obviously, investigators can never be calm and in fact, they are often tormented. In the case of Chronicle of Innsmouth: Mountains of Madness, our protagonist will have to investigate a violent murder which has to do with cults, particular symbols and everything that characterizes the narrative universe of HP Lovecraft.

So, as you can imagine, this chapter is a full-fledged graphic adventure surrounded by horror. The gameplay is very simple: you point the mouse everywhere and you interact with any element on the screen that it is analysable, so as to have an idea of ​​what to do. All of it screams retrogaming and it can only be a celebration for those who have grown up with LucasArts games. In short, PsychoDev can make all the players they have really happy need a breath of “retro” air". 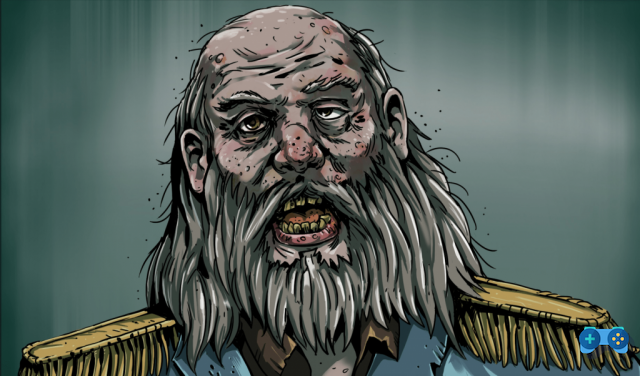 In fact, many will be able to go back in time and remember the first games at various point and click graphic adventures, today transformed into much more realistic and varied titles from the point of view of choices such as the most recent Detroit Become Human.

Also, Chronicle of Innsmouth: Mountains of Madness has some trial and error mechanics. As well as the older graphic adventures and the various Resident Evil, there is no lack of a system for combining objects within the inventory. Often you have to try and try again, even if sometimes these "mergers" may seem too absurd to understand. A downside to the game is the choice of developers to use mechanics at times too "antiquated", and that could cut out younger and less curious players. Probably, though, the guys from PsychoDev target a narrow niche of players. To be absent are most of the basic mechanics that often distinguish a title dedicated to adventures on Lovecraft, such as sanity.

As we mentioned above, Chronicle of Innsmouth: Mountains of Madness is a tribute to the games of the 90s. We will find ourselves in front of one very classic but extremely clean 2D pixelart graphics. Furthermore, all the elements on the screen are always clearly distinguishable and nothing becomes invisible it also runs on older PCs. 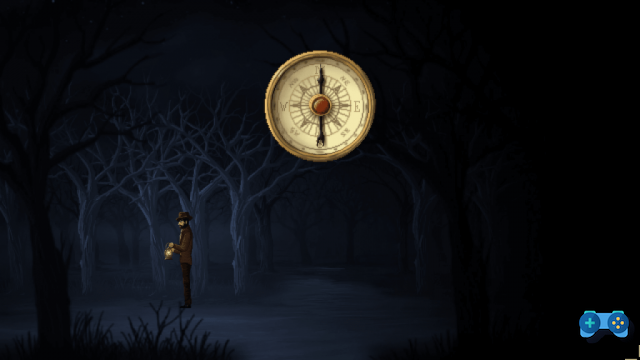 As for the audio sector, even the soundtrack and effects are definitely old-school. Today we might call them monotonous and poor quality, but it's all part of the nostalgic veil of the game and they fit the mood perfectly.

If you want to disconnect from the usual titles proposed in recent years and you want to go back in time, Chronicle of Innsmouth: Mountains of Madness is the game for you. The only mechanic that could really make everyone turn their noses, even the most experienced gamers of graphic adventures, is the issue of trial and error in the combination of items in the inventory.

For the rest, the atmosphere, graphics and soundtrack make the perfect environment for the creation of a horror game based on Lovecraft stories. Finally, the icing on the cake is the plot, which is able to capture anyone.

Do you want to complete all the achievements and trophies and know all the tricks, guides and secrets for your video games? SoulTricks.com is a group of video game fans who want to share the best tricks, secrets, guides and tips. We offer the best content to be a source of useful information, so here you can find guides, tricks, secrets and tips so you can enjoy your games to the fullest. Are you ready to get all the achievements of that game that you resist so much? Enter and enjoy your favorite video game to the fullest!
PlayStation 4 - Guide: The best free themes to download ❯

Review in a nutshell: Curious Expedition 2

Add a comment from Chronicle of Innsmouth: Mountains of Madness review