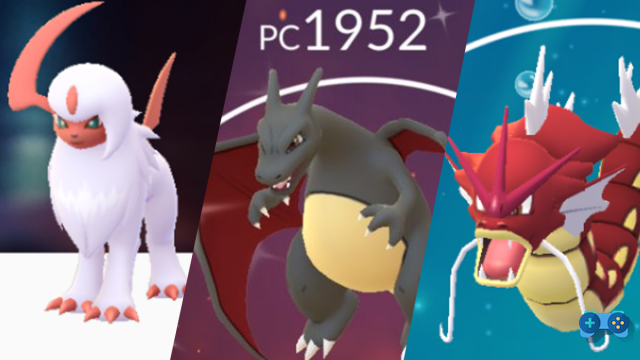 Now you too can have very rare Pokémon.

Pokémon Sun and Moon have been available for a couple of months now, but the adventures in the new Alola region have just begun. Any good veteran of the series knows very well that the story mode of their version of the game is just a taste of everything Sun and Moon have to offer. From the competitive metagame with its national rallies and tournaments to the simple post-game after beating the League, there are plenty of things to do. Some are more frustrating than others, but also very profitable. Let's think, for example, of Shiny Pokémon.

Introduced with Gold / Silver and Crystal, i Shiny Pokémon are chromatic variations of the normal monsters that can be caught in the tall grass. This means that in the Seventh Generation represented by Sun and Moon to the 721 and passes canonical Pokémon are added other 721 variants (and passes) of chromatic color, also called "shiny versions". Shiny means "bright", "shimmering" and in fact these particular Pokémon have no other characteristic than the color variant compared to the canonical form of the same species: they do not have higher statistics, nor special abilities, they are not stronger. They are simply rarer to find. Much rarer to find, so much so that it somehow gives a certain prestige to the player who manages to capture one.


If you believe you meet a Shiny Pokémon in the tall grass it is easy, we will help you by doing the math. The chance to find one, up to the Fifth Generation, was 1/8192. This means that the probability of meeting one simply by taking a walk in tall grass was 0,000122. Not much, don't you think? The developers then took pity on the players and revised the percentages: from Pokemon X and Y onwards it is possible to find (theoretically speaking) a shiny every 4096 encounters. It is still a chance encounter, but at least the chance has been doubled.

Of course, even so most players are unable to bring home the shiny version of their favorite Pokémon. Once again we are lucky: there are some strategies which greatly reduce the waiting time to find a Shiny Pokémon, and which do not involve wandering around the grass without a half endlessly. With this small and useful guide we will provide you with all the tips and tricks to keep in mind to succeed in the arduous undertaking.

The Allied recall system by wild Pokémon. Since the method of chaining (or "of the chains") is based on this new possibility, it is better to recall it beforehand. After beating the first Dominant Pokémon, entering any grassy area and facing any wild Pokémon, it is possible that the latter (in particular battle conditions) ask for help from other specimens of your species. Finding itself in trouble against you, therefore, a Pichu can call a Pikachu and even a Raichu into battle, or simply a second Pichu. You will thus find yourself in a 1 vs 2 battle. An annoying situation, because it puts you in a condition of numerical inferiority, and also because if two opposing Pokémon are in battle you will not be able to throw any pokéball before having defeated one. It may also be that no one comes to the call of the Pokémon, which will not break the chain anyway or invalidate the shiny Pokémon's search method.


Why is the call of allies by wild monsters useful in the search for shiny? Why as the chain of calls continues (chaining) the possibility of it coming exponentially increases in battle just a Shiny Pokémon belonging to the desired species. When the shiny arrives, you will have to defeat the other Pokémon present before you can catch it: be careful not to knock it out! This method is also interesting because as the chain of calls continues, the Pokémon that arrive in battle will have interesting statistics and more rare abilities than the previous ones.

Let's see together what you need to better undertake the Chaining Method, and what you will need to do:

Let's also see what you absolutely must NOT do while you are following the procedure we have illustrated to you, under penalty of interruption of the chain in progress:


The Masuda Method is so called because it was precisely formulated for the first time Junichi Masuda, director of Game Freak, several years ago. It belongs to the past generations but is perfectly applicable also in the seventh of the Sun and Moon: the method in question allows you to increase the probability of obtaining a shiny six times, so in fact we pass to a chance equal to 1/682 (very interesting).

Essentially it is about hatch eggs on Pokémon eggs, after having deposited the parents of the species concerned at the Pokémon Hostel (Akala Island). Parents must belong to coaches of two different nationalities: for example, to get a copy of Abra shiny I will have to get an American Abra / Kadrabra / Alakazam and a German Abra / Kadrabra / Alakazam, respectively one male and one female. The Masuda Method has the advantage over the one based on Chaining the fact that it is also possible to influence the IVs and the moves of the unborn Pokémon, through the basic rules of breeding.

Il Chromamulet is the Aladdin's Lamp we all want - increases the chance of getting and encountering a Shiny Pokémon from 1/4096 a 1/1365,3. It can be obtained after completing the Alola Pokédex, as a gift from Miyamoto himself: you will need to go to the International Research Center in Akala. It is not bad at all to have one before proceeding to one of the two strategies that we have illustrated to you.

For any questions please do not hesitate to contact our editorial staff, both here with a comment at the bottom of the article and on our Facebook page.

Pokémon Sword and Shield, here's how to clone Pokémon ❯

Luigi's Mansion 3 - Guide: where to find all the gems of floor 15

Super Mario 64, how to get the Metal Hat

Pokémon Bank, the complete guide to the first start

add a comment of Tips and tricks for catching Shiny Pokémon