The Simpsons, 30 years of animation history 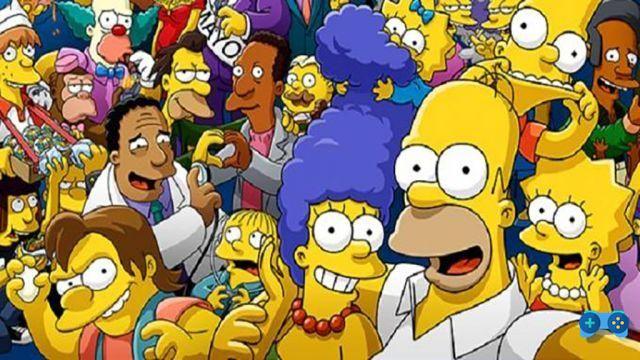 There is no better word to define the Simpsons, the animated series that has left an indelible mark in the history of the so-called "cartoons".

Yesterday, the yellowest family in America celebrated its first 30 years, in fact it all started on December 17, 1989, during the humorous program The Tracey Ullman Show.

In recent years, unfortunately, the series has known its lowest points, but it must be admitted that in the last 30 years they have managed to tell in a frank and irreverent way the strengths and weaknesses of society. 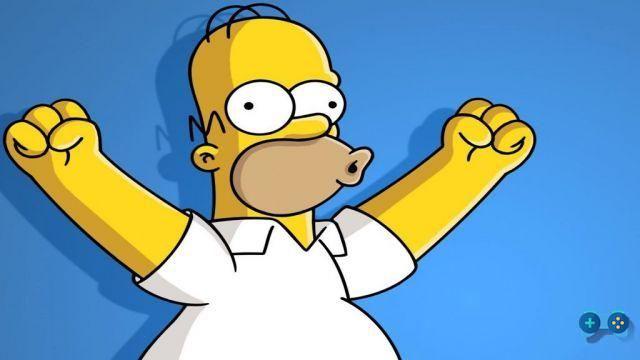 Wow! I was born on the same day as my birthday ...

There are many stories and legends regarding the birth of the Simpsons, but the most accredited one speaks of how it all came from the mind of Matt Groening while he was sitting in the waiting room of James L. Brooks.

At the time Brooks, producer of the Tracey Ullman Show, decided to intersperse the comic skits with some animated shorts and thought of the young Groening, known for Life in Hell, his particular comic with human-like rabbits and gay couples.

The Portland cartoonist, however, declined the offer as the re-adaptation of his comic would consequently lead to the loss of his creature.


Subsequently, Groening was asked if he had other characters available for the show, the answer was yes, but in fact the American cartoonist had not the faintest idea of ​​what to propose.

The story told by Groening himself argues that it was a chair in Brooks' waiting room that gave birth to the idea of ​​Homer, Marge, Lisa, Maggie and Bart. Other versions say they would have been born on the drive to Fox headquarters.

Another family all roses and flowers for TV? Certainly not, Brooks assigned Groening the difficult task of overturning this stereotype. The Simpsons in fact are born by taking up some of the meanest traits of the characters produced by Hanna-Barbera, starting from the Flintstones.

The idea was born in the Klasky-Csupo studio, when the colorist Gyorgyi Peluce suggested coloring Homer and all the inhabitants of Springfield with a particular color: yellow.

Over the years there were many shades of yellow used in the Simpsons, even if in the end they are all attributable to the Pantone 116 C (the same as the Lego to be clear). 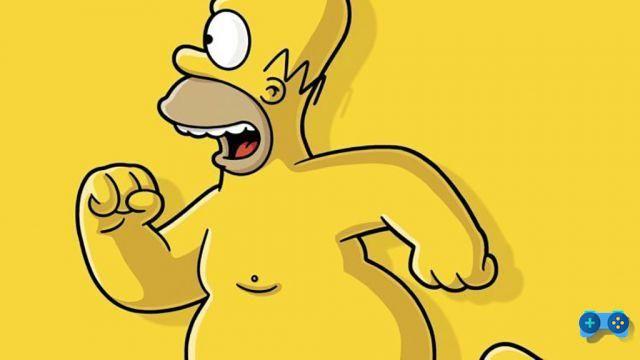 The Tracey Ullman Show was starting to get too close to the Simpsons, as the popularity of this dysfunctional family was growing rapidly in the States.


It was David Silverman (animator of the Klasky-Csupo studio) who gave the idea. In fact, it is said that during the Christmas celebrations, the American director had drunk a little too much and proposed to Brooks, with a certain passion, to untie the Simpsons from the show and turn them into a real sit-com.

Brooks already had something like this in mind, so together with Groening and Sam Simon he tried to convince the network to produce the first 13 episodes while maintaining complete autonomy in the development of the series.

The word autonomy is very important for the Simpsons, in fact, before the acquisition of Disney, Fox had left the producers of the yellow family total freedom, without any interference from the network, at the time controlled by the billionaire Rupert Murdoch (victim of numerous jokes at the inside the show).

The resounding success of the Simpsons soon arrived also in the boot, initially finding space on the Biscione TV, then arriving in the cartoonish afternoon of Spagna 1.

Several generations were born and raised with the adventures of Homer and company, but the one that most left its mark was the adaptation in our language.

In fact, for about 23 years the voice of the fat Homericano was that of the Sicilian actor and voice actor Tonino Accolla, who left us prematurely.

Fortunately, the actor and comedian from the Marches Massimo Lopez, brought the voice back to dear Homer, even if many fans have badly digested this choice.

This is the story of one of the animated series that left its mark on our childhood and the entire industry.

Tell us in the comments what are your best moments related to the Simpsons and if you think it is right to end the series like this.

The Last of Us TV series: HBO reveals the actors of Ellie and Joel

The Witcher: a look into the world of Geralt, beyond the Netflix series

Breaking Bad, the ways of change

add a comment of The Simpsons, 30 years of animation history