Breaking Bad, the ways of change

The “hidden” side of the series.

Before starting, it is appropriate to make some premises.

The one of Breaking Bad. it's a story that can be simple or complex, depending on the way you look at it. In this article (thank you very much the editorial staff for giving me the opportunity to write it), you will find my interpretation of this series, shaped after having watched the entire series 9 times. I want to clarify that this does not mean that it is the only way to interpret and understand the series: the beauty lies in the fact that everyone experiences it in their own way. In case you haven't seen all five seasons yet, avoid reading further, as the article contains huge plot spoilers. If, on the other hand, you feel confident from this point of view and have already watched the entire series, I hope you will appreciate what you are about to read.

What is Breaking Bad really?

At least once in your life you will have heard of or mentioned Breaking Bad. Many will surely have seen all five seasons of this TV series, and for the uninitiated, the main reason for its popularity is due to the monstrous quality and its perfect ecosystem of relationships between the characters, a virtue that makes it one of the best (if not the best) television series ever. The moral of this story may be clear to understand, but I can assure you it is not: Vince Gilligan, creator of the series, has in fact deliberately inserted references and symbols that recall much more than the "simple" materialistic nature of the characters. Take my word for it when I tell you that in Breaking Bad NOTHING is left to chance: from the facial expressions of the characters to the relationships of hate and love that follow one another throughout the narrative arc, the silences and phrases up to the range of colors of the protagonists' clothes (it's not a joke). Breaking Bad is a story of involution and can be seen with multiple interpretations. What I bring you today concerns the less explicit part of the series dealing with the events that most shocked Walt, so there will not be too many references to the story as the article would risk becoming really long. 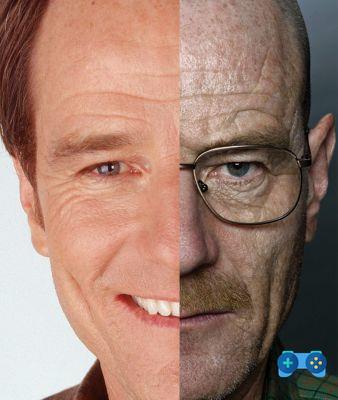 The man who became a demon

As mentioned before, Vince Gilligan has voluntarily inserted very indicative situations to understand the real history of the changes, placing these "repeaters" in the form of truly powerful and absolute sentences, sentences that describe the transformation of each character. The challenge for the spectators lies in grasping them. These aforementioned "repeaters" are placed in a completely strategic way in the episodes in order to enhance their meaning, and are expressions such as "I am awake" of the first episode, "Stay out of my territory" of episode 10 of the second season, the famous phrase "I am the one who knocks" or the most significant (at least in my opinion) "I'm in the empire business". These are just some of the phrases spoken by Walt who somehow try to break the fourth wall, revealing the "moral of the story".

In my opinion, the series finds its perfect embodiment in its protagonist, Walter Hartwell White: from certain points of view, Walt Is Breaking Bad, without him nothing would exist or, in any case, the series would not be so memorable, as it would be deprived of the involution of its protagonist. Expressions, looks and silences are an integral part of this ecosystem, making us really perceive the emotions felt by the characters: discomfort, joy, anger, insensitivity, life and death. All this in Breaking Bad is placed on the same level as "material" events, putting the digestibility of the product itself at risk but accentuating its quality exponentially, offering us one of the most significant stories ever seen. The same Hideo Kojima, after watching the series, he put part of that message of change into Metal Gear Solid V: The Phantom Pain.


There are various theories regarding Walter White's involution: some believe that his dark side has always existed, while others imagine that the protagonist becomes in effect a different person at each event. Personally, I think they are both very valid theories, but perhaps the truth lies in the union of the two hypotheses: the latent "real Walter" could be as we see him in the second season, or the perfect fusion between a cold and mechanical personality and an impulsive one. and sentimentalist. During the same season, Walter will change his inner essence, embracing one third personality originated at the end of the first: Heisenberg. Initially, Heisenberg is nothing more than a pseudonym completely alien to his real personality, however after his wife Skyler He chases him out of the house, Walt loses confidence in himself and in others, chewing on his two former personalities now alone and without any purpose in life. Beyond that, Walter will have to cope Gustavo Fring, apparent ally who will turn out to be his nemesis; the protagonist is therefore forced to replace the two previous personalities trampled by his wife, building on the foundations of these two wills (the Walt at the beginning of the first season and the Walt of the second season) a third will, precisely Heisenberg, latent or partially formed before these events.

The transformation really changes the protagonist, instilling in him a worrying security (or unawareness) and insensitivity in order to achieve what he aspires to: whether it is to kill an innocent in cold blood, to poison a child for pure strategy or to place a bomb in a house. resting, Walt does not realize what he is actually doing, as if he were a child. After an agonized descent, he then manages to kill his feared rival Gus Fring, causing him to explode in all respects. Heisenberg's will that transforms Walter into a demon devoid of sensitivity and regard. His coldness or, rather, that of Heisenberg will lead him towards a path of pain, ending up betraying himself with his own hands because of his safety, leading his brother-in-law Hank to death in the episode "Ozymandias". This episode represents the crumbling of the empire built by Walt, the compulsion to flee from his family and the police, losing everything. 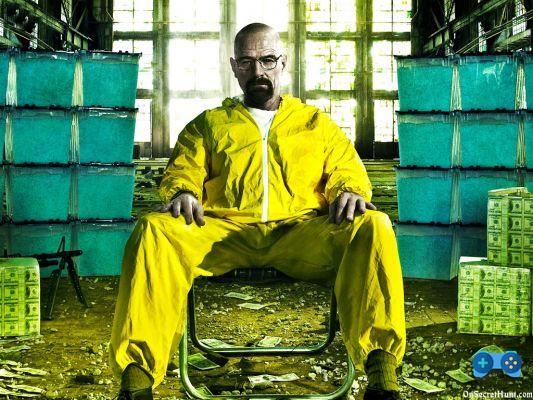 What better subtitle than “feline”, the title of the series finale? Felina fully represents Breaking Bad in my opinion, hiding meanings in every second, from start to finish, even, precisely, in the same title: Fe (iron), an element present in the blood, which symbolizes the blood shed by each character in the series; Li (lithium), one of the main elements exploited for the synthesis of methamphetamine as well as one of the most present "entities" in the series, the bearer of misfortunes and riches. Finally Na (sodium), representing tears, pain, joy and repentance.

In its own way, this title represents the entire TV series in all its facets and the succession of feelings, good and bad, happy and sad; the continuous flow of blood and the pressure derived from it; methamphetamine, a source of wealth, power and greed that will bring everything to an end. This is Breaking Bad: suffering in seeing characters you are fond of cry, feel pain, anger, sadness, but also happiness, a sense of satisfaction, power and take over the reins of your life. Breaking Bad means LIVING, accepting every nuance of life itself and understanding every desired and unexpected turn.

As usual in my articles, I thank all of you for taking your time to read my opinions on this great work, which I hope will fully enter into the Hall of Fame of Cinematography.

Do you want to complete all the achievements and trophies and know all the tricks, guides and secrets for your video games? SoulTricks.com is a group of video game fans who want to share the best tricks, secrets, guides and tips. We offer the best content to be a source of useful information, so here you can find guides, tricks, secrets and tips so you can enjoy your games to the fullest. Are you ready to get all the achievements of that game that you resist so much? Enter and enjoy your favorite video game to the fullest!
Shadow Tactics review: Blades of the Shogun ❯

The Witcher: the nine main differences between the Netflix series and the books

How to connect Netflix from phone to TV

How to watch TV on iPad and iPhone

Add a comment from Breaking Bad, the ways of change