The Raven Remastered, our review 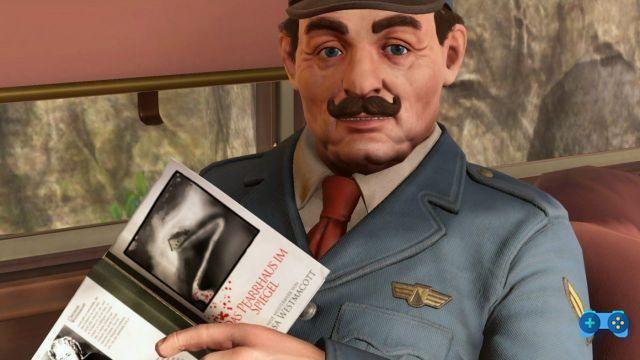 The crow is back

The investigative videogame The Raven: Legacy of a Master Thief, originally released in 2013 on STEAM and in 2014 on consoles, returns to PS4 and Xbox One in a remastered version. In reality, we don't really understand the decision to “restore” a game released about five years ago. Nostalgia, hype, speculation? Who knows what pushes a software house to put a fairly recent title on the market, adding only small improvements (mostly graphics), here and there.

The Raven: Legacy of a Master Thief is one classic point and click graphic adventure, which due to a technical sector that was not exactly unforgettable, was literally crushed by critics and the public. So this is one of the main reasons why King Art Game e THQ Nordic, have decided to re-propose a revised version of the adventure.

Winking to the yellow genre and to authors of the caliber of Arthur Conan Doyle e Agatha Christie, The Raven: Legacy of a Master Thief, will transport us to the year 1964. The most famous thief ever, The Raven, is back. News spread like wildfire in all the newspapers, the "Eyes of the Sphinx,”A pair of priceless rubies was stolen from the museum where they were kept. The guardian and a policeman who had gone to the museum to avoid the theft have been able to do nothing. The Raven, favored by the darkness, placed the blow and vanished into thin air. At the end of the introductory video, we find ourselves in the shoes of Anton Jakob Zellner, our protagonist, whose features are very reminiscent of the well-known detective Poirot. Zellner is a Swiss policeman, hired to protect the second Eye of the Sphinx, which is transported on a train (called the Orient Express) to the final destination, namely Cairo. The plot of the game is based on these premises. Our protagonist will have to, just like in Agatha Christie's most famous novel, Murder on the Orient Express, discover the secrets that every passenger on the train hides. But he will not be alone, to help him there will be the detective Nicolas Legrand. 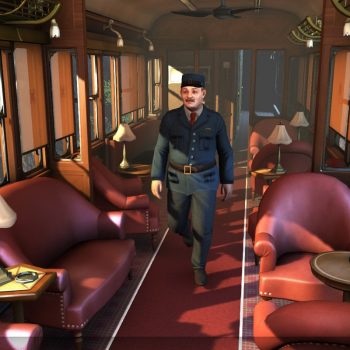 Unlike the original production, the remastered proposes the episodes grouped all together. The choice certainly benefited the title, in terms of narrative plot and more, as the proposed adventure is full of suspense, mysteries to be solved, twists and so on and so forth. The real flaw of the production is the huge amount of on-screen dialogue present. These end up being really heavy and verbose, boring the player, forced to read them until the end, until all the options for choosing each individual character are exhausted. In this way, however, as long as we have a lot of patience, we will get a lot of useful information for the rest of the story. The lack of extreme prolixity of the dialogues is partially compensated by the fact that each character has particular ways of doing things, a unique and well-defined personality, fears and fears and why not, something to hide. We will therefore be pushed to go all the way to understand more. After talking to one or more characters, you will have to search for evidence, clues and objects useful for the investigation. There will also be several secondary objectives that you can always keep an eye on by pressing the square button on PS4.

So many puzzles to solve

- puzzles and puzzles proposedalthough challenging, they do not require special skills. Certainly there will be, on more than one occasion, to sharpen the wits; in fact we will have to collect all the objects present in the game scenarios, perhaps combining them together, but ultimately nothing really complicated. Our policeman can write down the most important events and details about his staff block notes, which is always better to consult when something escapes us, and which will give us an overview of the story, complete with profiles for each character and an archive of the missions. If you really find yourself in difficulty, you can request suggestions, partly sacrificing the final score you will get at the end of the chapter. In addition, to get an even better overview, you can replay certain chapters and collect testimonies or clues that you had missed. It goes without saying that all of this will greatly increase the longevity of The Raven Remastered.

To a graphic sector slightly cleaned up and more suitable for the current videogame era, nothing exciting is clear, it contrasts a technical sector at times mediocre. Practically the remastered has brought with it all the flaws of the original version. What is not convincing is above all the control system, damn woody, if we think that the title dates back to 2013 and not 10/15 years ago. The character moves too slowly and sometimes it feels like bumping into obstacles or invisible walls that make moving around frustrating. This is not a defect that compromises the overall experience, but as this is a revised version, we would have expected an obvious improvement that has not been there. Maluccio also facial expressions, a little too plastic and unnatural and Lip Sync is often out of sync with lyrics and vocals. On the other hand, the English dubbing and the audio sector are excellent, which will delight us with deliberately 60's music that emphasizes the yellow component of the title.

The Raven Remastered
7.5 / 10 Soultricks.com
Buy on Amazon.com
Available on PS4, XBOX One
For

- Lots of puzzles to complete

- Technically it doesn't change much from the original version

Summary
We would have expected a better remastering job. The Raven Remastered brings with it the strengths and weaknesses of the 2013 production. A very good narrative plot, engaging and that will keep us glued to the screen until the end, unfortunately contrasts with a backward graphic and technical sector that cannot do justice to a title that surely would have deserved more. If you like graphic adventures, however, you can't miss The Raven Remasterd, as long as you overlook the prolixity of the dialogues present!
gameplay
Graphics
Sonoro
Longevity
Final judgement
Virtual Operators, what they are and why they can save you money ❯

add a comment of The Raven Remastered, our review