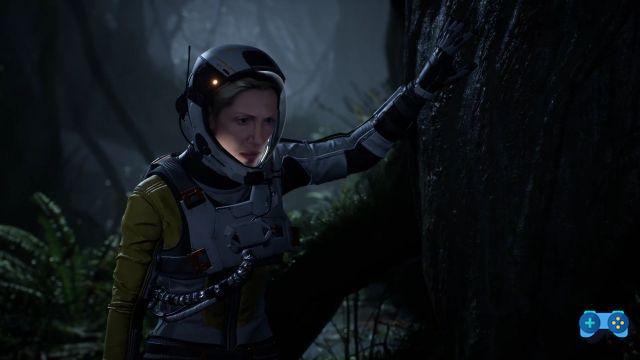 PS5 a few months after launch offers us another exclusive, as already experienced in Demon's Souls Remake (here the full our review), raising the bar of difficulty to levels much higher than the average, of what could be the classic launch titles of a new console. Returnal, the new roguelike shooter from Housemarque, helps to keep this threshold very high.

Returnal is a must-try experience on PS5, but the difficulty of this roguelike-style shooter might be daunting for some. It's easy to get overwhelmed by bullets flying all over the place as sprawling monsters leap from the shadows to take you out.

Selene's endless deaths and rebirths are part of the learning you will do run after run; a journey to discover the gameplay that will allow you to level up your skills and knowledge to overcome what seems invincible.

However, Returnal has many complex levels that at the beginning can touch heights of despair, especially if you do not dissect the gameplay mechanics in depth, learning routes, enemy moveset and what else to survive.

Having been very careful not to even remotely touch the narrative component, we will try in this guide to give you the best indications to keep your nerve and get to the end credits.

Death is part of the experience. You will die. You will lose progress and items. You will start all over again from your crashed ship. But you will learn. You will gain valuable knowledge.

"Maybe you rushed through that golden door on the map without realizing there might be a lot of monsters hiding behind it?"

"Maybe you faced a boss before you were ready?"

Now, the next time you see a golden door or a boss fight, you'll think twice and maybe play a little more cautiously, or you'll know how to avoid the attacks that killed you. To break the cycle, you need to embrace the cycle. Death is not the end, but an opportunity for a new beginning.

Sometimes death can simply lead to an objectively better cycle in the next run, and you can use those negative cycles to make progress on certain aspects that will be useful to you later on. 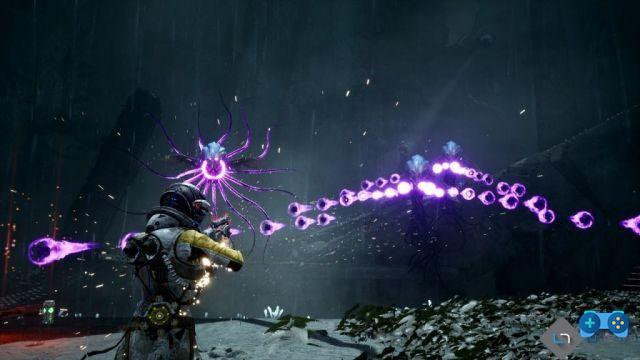 Prudence is your friend

Sure, the various trailers and live streams showed the protagonist Selene running, deftly dodging bullets and blasting enemies into clouds of brilliant particles, but don't be afraid to play it safe and advance cautiously. There's no shame in taking out a group of enemies from a distance or running through a door to better manage the waves of enemies that will come crashing down on you.


If a cautious attitude has helped you survive, it will be worth it.

Note, however, an important aspect: while the items will remain on the ground to be collected once the carnage is over, the oboliths will disappear. So playing it safe will guarantee us a longer survival, but abusing it will make us run the risk of running out of game currency, so finding the right balance will be essential. 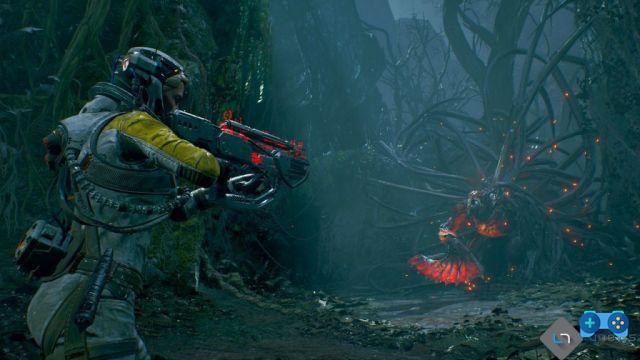 If on one side of the coin there is safe combat, on the other you will have two skills available to imprint your style in a much more aggressive way. Don't forget these precious tools and integrate them permanently into your gameplay.

Sometimes it makes a lot of sense to play aggressively - melee combat is a very powerful skill that can one-shot many lesser enemies and stun more powerful enemies. The dash will make you immune to most bullets while active. Shooting can save your life when a wall of lasers and bullets are aimed at you. At times it may seem counterintuitive to rush into chaotic and concentrated enemy situations, but often this is a better course of action than dodging or running away.

When you pick up a new weapon, you will notice that it will have a new trait blocked. Using it will allow you to unlock the unusable stretch. Future weapon drops with that specific trait will make it immediately available. Some of these weapon traits can change the course of the game, and while there is an element of randomness, the more weapons you use and the traits you unlock, the better your chances of receiving drops that are useful for your build and gameplay.

This is one of those permanent progression systems that makes the game very different between the first hour of play and the following hours, promoting variety in the gameplay by forcing you to use the different guns and familiarize yourself with them to unlock their skills. 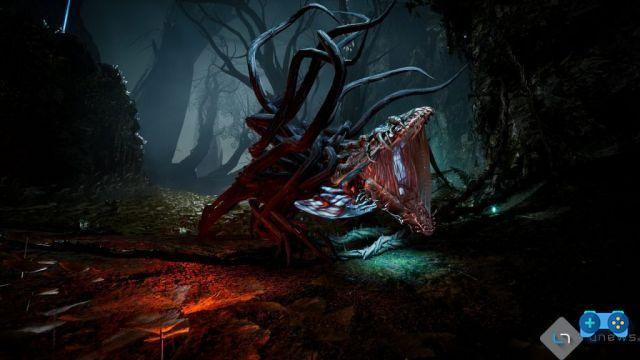 Be careful what you collectete

Some objects in the game will be "malicious" and glow with a purplish light, with the possibility of causing the suit to malfunction. In the first cycles, you will tend to collect everything you find, and this often means risking random malfunctions due to malicious objects, risking therefore to find yourself quickly weakened, with impairments to the various skills.

Malicious items are part of Returnal's risk / reward structure, but it's not always worth picking them up.

If you are going through a particularly difficult run, and unsuccessful at the drop level, the advice is to completely ignore the evil objects until you understand better how they will impact on the build and can mitigate their effects.

Ether is the only currency that is transferred between cycles. You will lose all your obolites, but the precious ether will remain. However, it should be borne in mind that the maximum limit is set at 30, so don't hesitate to spend it.

Any Aether drops you collect or earn beyond 30 will essentially go to waste, so feel free to spend it without any major worries. 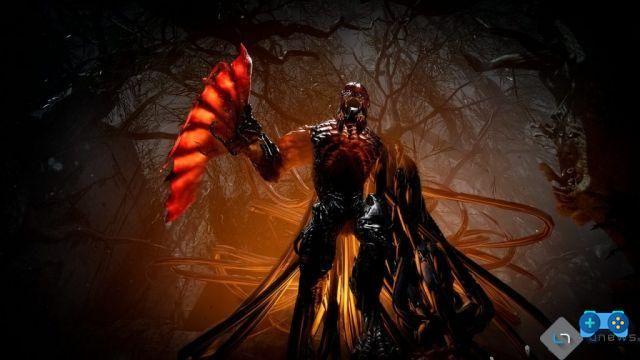 You will probably not run into this problem in the first few hours of the game, but the number of artifacts you can have during a cycle is 15, after which, you will no longer be able to collect more.

Artifacts enhance Selene's various skills, such as melee and sprint or will allow you to heal when health drops. If you already have the max number of artifacts, but perhaps prefer the latest one dropped, you can dismantle the oldest artifacts in your inventory, directly from the equipment menu. This will allow you to build your build around the skills you are using in that particular cycle, rather than being forced to bet on waiting for better ones.

As you progress through the various areas of Atropos, you will unlock shortcuts that will allow you to bypass certain difficult areas and bosses. If you've already taken down the boss of the first biome, there's no need to fight him again to move on to the second one. The gate key is a permanent item, there are similar shortcuts throughout the rest of the game that will allow you to move faster through each biome and avoid encounters that could end your run prematurely.

That said, don't abuse it! Moving forward too fast without gaining more proficiency in weapons, artifacts, and obolites could leave you unprepared for future challenges.

Don't turn off that console!

One of the more controversial aspects of Returnal to keep in mind is that the current cycle will end if you turn off the console or switch to another game, and you will be forced to start over at the Helios crash site, in the absence of artifacts, weapons. , or other permanent updates you have received.

Putting the console into sleep mode will pause the game and allow you to pick up exactly where you left off. So every time you have to completely restart Returnal, whether due to completely shutting down the console or playing another game, you will lose the progress of your last run. Basically closing the game will count as one death in game. 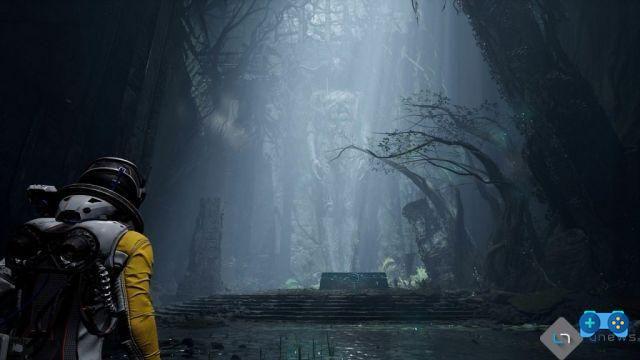 We won't say anything compromising, because narrative discovery is a preponderant aspect in Returnal, but the credits won't be the end of Selene's journey.

As you continue to explore, you will unlock additional abilities and additional biomes, discover more plot traits and mysterious items far beyond the scrolling credits. You can aim for platinum and participate in daily arcade challenges that will require players to accumulate higher scores in single biome runs. A single perfect run of Returnal might only take a few hours if you've got a hold of it, but in general, this game is more than just a straight path from start to finish.

Can't figure out how to get somewhere on the map? Rest assured that you will later receive an item or ability that will allow you to access what is seemingly inaccessible. That object on the ledge above or that distant platform that seems impossible to reach you may not be able to reach it during this cycle, but things are sure to open up as you go.

The more you play Returnal, the more you will learn, adapt and grow as a player, as well as gain in-game progress. Your first moments in the world of Atropos will be very different from the XNUMXth hour of play ...

Let us know if these quick tips have been useful to you during this exciting and dangerous gaming experience!

Do you want to complete all the achievements and trophies and know all the tricks, guides and secrets for your video games? SoulTricks.com is a group of video game fans who want to share the best tricks, secrets, guides and tips. We offer the best content to be a source of useful information, so here you can find guides, tricks, secrets and tips so you can enjoy your games to the fullest. Are you ready to get all the achievements of that game that you resist so much? Enter and enjoy your favorite video game to the fullest!
Metal Gear Solid, V has come to ❯

Assassin's Creed Odyssey, the solutions of the Sphinx

Add a comment from Returnal - Guide: 10 things to know before starting