New problems to the Playstation Network 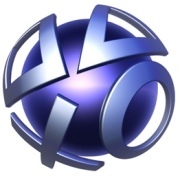 After last Thursday's scheduled maintenance, many users of the PlayStation Network have discovered the impossibility of accessing the contents previously purchased on the online store of Ps3, as well as particular errors while browsing it.

On the community forum PlayStation, the problem was reported not by a few but by many players over the weekend, and in the morning a moderator reassured everyone by writing:
"I was told that the cause of the problem has been identified, but a solution to the problem is not yet available."

We will keep you updated as soon as there are developments on the matter.

07/02/2012 Update: Sony has not yet released any communication after 24 hours regarding the waiting times to resolve the PSN problems experienced by many European players. A community moderator PlayStation he said he expects the company in all likelihood to fix the problem by the next update of the PS Store, the update will take place between today and tomorrow.
He also continues with: “If this problem continues, it would also compromise the update of the Store and therefore would certainly be mentioned by the company. However we hope that the problem will be solved before that happens. "

In case of any developments we at Soultricks will keep you updated.

add a comment of New problems to the Playstation Network